MARGAO: The Principal District and Sessions Court Judge  B Dhespande, on  Monday,  in his order  said   that Fomento  Green, the company that operates the Sonsoddo waste treatment plant,  will continue treating the MMC waste  till  November 27,  while the Margao Municipal Council  (MMC)  will  maintain   the same  earlier arrangement of  paying Rs 1 lakh  per day.

Judge  Dhespande, passed this order after hearing the arguments  of  both the parties on Monday.

A senior  lawyer from Mumbai Rafik Dada represented the  Fomento in the case while, High  Court advocate S Padiyar argued for the MMC.

The judge also directed both the parties to hold an emergency meeting on  Tuesday itself   inviting  the stakeholders  and the  government officials  to  resolve the other minor issues.

“Instead  of asking every time one month,  why can’t you (referring to the  MMC advocate S Padiyar) take two months and so that the MMC can start the deemed process,’’ the judge said  when  Padiyar  prayed  for another  one  month’s time in the court agreeing to continue  with the earlier arrangement to pay Rs 1 lakh per day.

Padiyar, while arguing on behalf of the MMC, said that the government has constituted a high power co-ordination committee, specially, to resolve the Sonsoddo waste-related issue and that the MMC would write a letter to the Chief Minister to convene the meeting of the same  at the earliest. He said that he is seeking time in the court  in the  interest of the  Margao.

Padiyar even assured to put up more labour for carrying out baling of the plastic waste and that the Fomento may permit them to add one more baling machine at the site.  Padiyar also  asked  Fomentos to  allow accepting the wet waste from the hotel in the night.

On the other hand, the Fomento lawyer Rafik Dada said  that further treating of the MMC waste will not be possible since the company has to  carry out the maintenance of the plant. He asked Padiyar as to why the 150-tonne excluded waste from the plant is not lifted by the MMC, if it can  lift 1000 odd tonne inert from the plant a few months back.

“There has to be solution. The excluded waste has to be removed from the plant,’’ Rafik Dada stressed. He later agreed to the request of Padiyar. 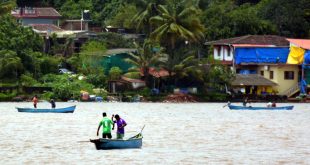