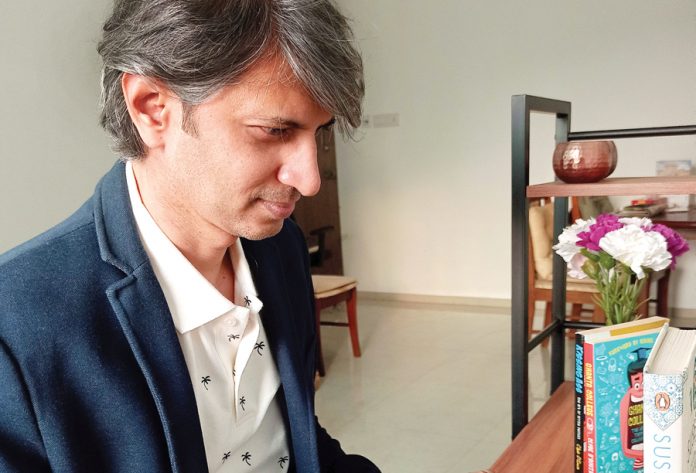 In early 2021, writer Clyde D’Souza released his book ‘Susegad: The Goan Art of Contentment’ that delved into the Goa’s unique way of life. And now in keeping with his desire to introduce Goa beyond the beaches to an audience within and outside India, he has launched a Goa dedicated podcast called ‘Susegad Stories from Goa’

Produced by Bound India, the podcast which according to him “is one more excuse for me to own Goan roots”, features interviews with some noted Goans with topics ranging from heritage architecture (Heta Pandit), slow travel (Varun Hegde), ancient culture (Victor Hugo Gomes), Goan Creators Community (Vince Costa), to feni bars (Atish Antonio), poee (Sonia Filinto), content creators (Insia Lacewalla), and others.

Talking about how it all came about, D’Souza reveals that post the release of ‘Susegad’, he appeared as a guest on a podcast ‘Books and Beyond’ hosted by Tara Khandelwal and Michelle D’Costa. “A few months later, Tara who runs the company Bound India reached out to me with the idea of creating a podcast around Goa. After many brainstorming sessions over Zoom, Tara, Aishwarya (Podcast Head), and I came up with ‘Susegad Stories from Goa’,” says D’Souza, who believes that with the audience for podcasts only growing, this felt like the right step to take. “Plus, the average Indian wants to know more about Goa. Not just the typical touristy stuff but the life beyond beaches,”

Season 1 of the podcast which is currently in progress has about 13 episodes, with a new episode being released every week. “Every episode consists of an interview, a rapid fire (‘uzzo’ round), and a Konkani term that is shared with listeners,” says D’Souza.

And the author believes that there are a number of Goans who are actively involved today in showcasing what Goa is all about. “For example, one of my guests Vince Costa who is the founder of Get Creative Goa is creating a network for creative Goans to connect. Then there’s Victor Hugo Gomes, who is creating fishing museums and local food museums. There are some great things being done by Goans today and I found much to be positive about while working on the podcast,” he says.

The show has found a good response with the podcast making it #1 on Apple Podcast in the Travel and India Category within days of its launch.

“One thing is clear that the audience for podcasts is only going to grow and it’s another great way for people to consume great content,” he says.

And while presently the focus is on completing Season 1 of ‘Susegad Stories From Goa’, D’Souza is also looking at writing a fiction story based in Goa in the near future.

(The podcast can be currently streamed on Spotify, Apple, Amazon, Gaana, Player FM, and Google.)