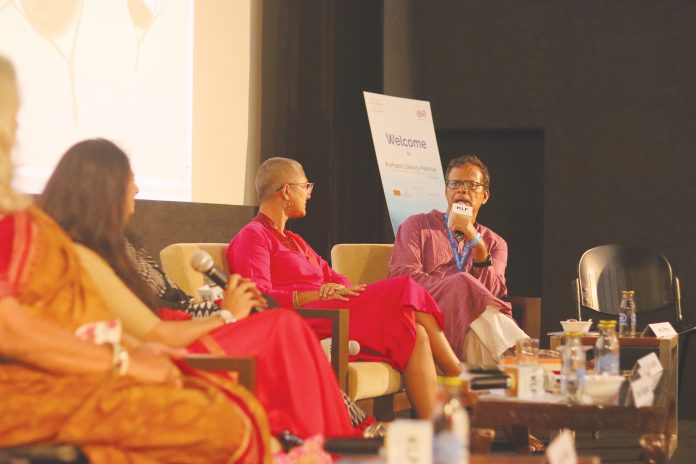 Among the other sessions, day one of the Kumaon Literary Festival (KLF) saw a session on ‘Humour in writing by Indian women’ that discussed the devices and tactics used by Indian women writers to create
humour.

The session began with Dasgupta asking the attendees why comedy is not considered seriously by an audience. To this, Manral said that she wished she knew why comedy is not taken seriously, that people like to read deep emotional stuff that has some crying and sobbing their hearts out and easily dismiss something that makes them laugh.

“But it is so much more difficult to write funny stuff. It is so tough to make people laugh and it is much easier to make people cry. So they better start taking humour writers seriously.”

Coelho said that among the toolkits available to writers, comedy is one of the most powerful tools. “Laughter is very powerful so I use it and I use it as a writer and less as a woman. I might sometimes choose topics that are feminists; I might choose stand up for issues that are feminist and I might equally choose to stand up for issues that
are not.”

While Pinto said that one of women’s most potent tools against the patriarchy has been the subversive puncturing giggle. “In the sense what patriarchy and pomposity cannot take is to be laughed at. Even attacking them angrily is validating but laughing at them is a really powerful tool that women have exercised over centuries.” Answering another question whether a man’s humour is different from a woman’s, Coelho replied that she does not think your sense of humour in itself has gender to it.

“It is certainly given a colour by the society you are brought up in.”