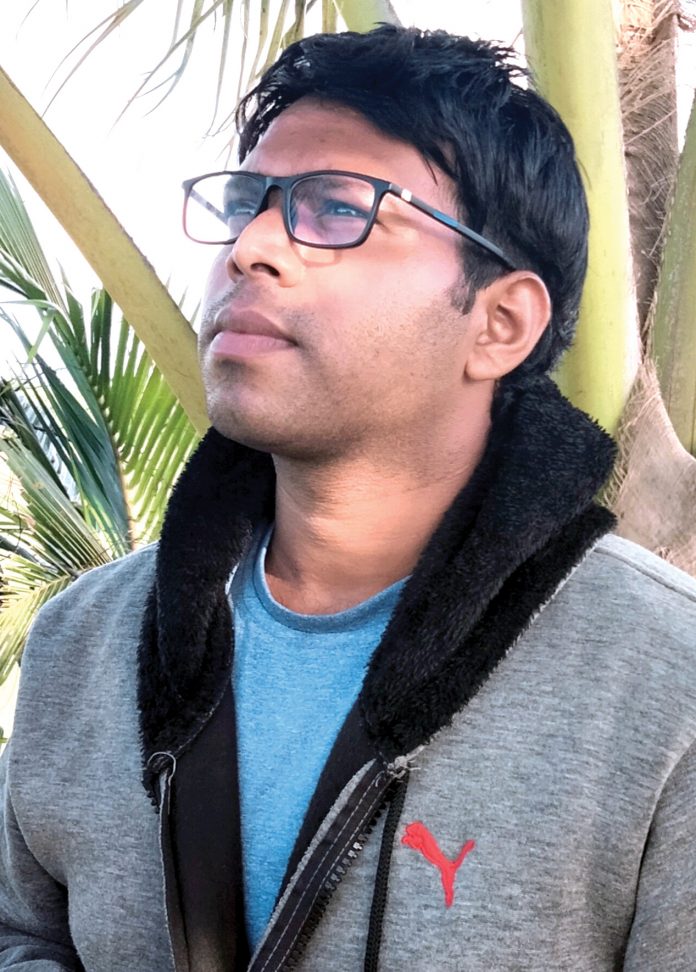 ‘Eid Mubarak’, a short film, is all set to release this Bakri Eid. NT BUZZ learns more about the social drama

Navelim-based Lesten Gonsalves started his career as a chef after completing his hotel management studies. Two years ago, he changed his profession for better prospects and is currently working with Amazon India. His tryst with filmmaking however began in 2015. “It has been a challenging journey because I never went to any film school so the only source of knowledge I could get was from YouTube and Google,” he says.

The idea of the short film ‘Eid Mubarak’ came about last year when he met Vikrant Bharti (the writer of the short film) through a common friend. “He had a short story which he titled ‘Eid Mubarak’ and he narrated it to me when we decided to meet up. I found it very interesting and packed with emotions. Then I worked on the script for a few months to give it a proper structure before finalising the script,” says Gonsalves.

Produced, directed and edited by Gonsalves, ‘Eid Mubarak’, a social drama, revolves around a simple Muslim man called Rafiq (Sohan borcar) who works in a flower nursery and struggles to earn his daily bread. He has a young daughter named Ansara (Avani Prabhu). Meanwhile, Mohsin (Gaurang Patkar) who earns a meagre income is out to buy a new kurta for himself to celebrate the festival but ends up buying two rose plants. So, what actually happened and why he took this decision is something to look forward to in this short film.

“Through this film we would like to send out a message that sometimes we should make small sacrifices to make someone happy. It doesn’t cost you too much,” says Gonsalves.

Talking about his lead actors,
Gonsalves states that he had been friends with borcar on Facebook for a while but had never met him.

Having begun his journey in the entertainment industry as an assistant director for Ravi Rai for serials like ‘Janam’, ‘Sparsh’ and ‘Thoda Hai Thode Ki Zaroorat Hai’, borcar also worked as an actor doing character roles with Irfan Khan, Divya Seth, etc. His first break was for a short film known as ‘The Guest’ and he was recently part of a 10-episode Zee5 web series called ‘Rockers’. However, it was his performance in the film ‘Welcome M1LL1ONS’ that got Gonsalves’ attention.

“I was very impressed by how he portrayed himself in it. So, when I started the casting for ‘Eid Mubarak’, I approached Sohan and told him the story and he loved it,” says Gonsalves.

Patkar meanwhile is a faculty at Don Bosco College of Engineering, Fatorda and has previously done commercial photoshoots and few fashion pageants like Grasim Mr India, Mr Goa, Goa Mega Model and Manhunt and was the finalist of Bharne Fashion League 2018 and Mission Dreams Miss, Mr and Mrs India 2021 (The finale will be in November).

And Gonsalves met him through a common friend. “When I read out the script to him, he was very eager to be a part of it,” says Gonsalves.

Child actress Avani R Prabhu is a class 7 student of Kings School, Margao. “Avani is a very talented and confident girl. She just had a few dialogue scenes in the film and she has done an amazing job. First, I thought it would be very difficult to get a child artist during this pandemic but as days went by everything got sorted out,” says Gonsalves.

The film which was shot in the span of three days in April this year is slated to release on July 21.

And directing this short film has been amazing as well as challenging for Gonsalves since they were shooting during the COVID-19 pandemic. “Since I’m the producer I had the major responsibility to see that all the safety protocols are followed on set so that we don’t risk the life of any artist or crew member. I’m happy that we got some good shots which will make this short film even better and realistic,” he says.

Sharing his thoughts on the short film quality in Goa, he says that Goa needs to upgrade its game like Kerala. “Everybody wants to make music videos or some kind of funny videos but nobody talks about the hidden stories which Goa has. These stories need to be explored,” he says, adding that if one wants to make good quality films, people should respect art and artists. Art, he says, shapes society and good art has the power to make society better.

For now, Gonsalves is just working on developing his skills. “There are some projects in the pipeline. Once the pandemic situation improves, I am planning to venture more into action thrillers in Hindi, Konkani, English and Marathi so that we can reach a wide range of audience,” he says.

A day for grandparents and the elderly