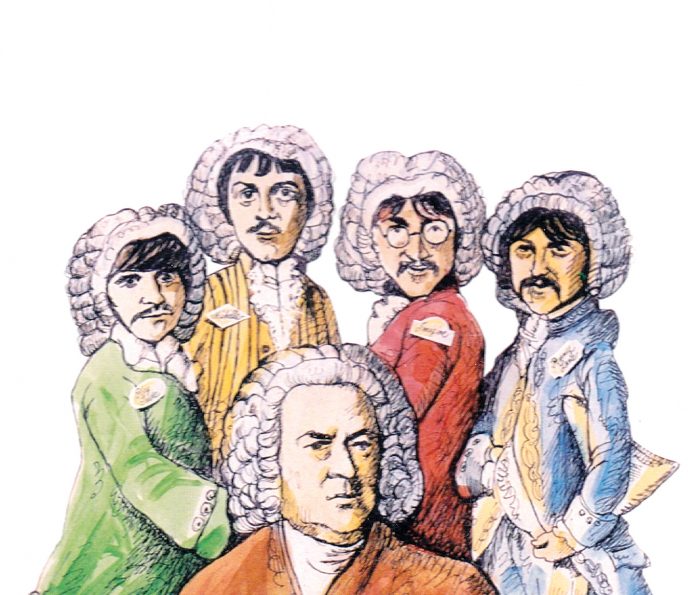 While we’re still in lockdown/curfew/restrictions/whatchamacallit, the rest of the world is slowly, cautiously, opening up.

The Wigmore Hall London, widely regarded as one of the world’s leading centres for chamber music, threw open its doors to live audiences, “in line with government guidelines.”

One of the high points of its summer 2021 schedule was undoubtedly the two recitals by one of the world’s greatest living pianists, Sir András Schiff on May 28 and May 30, in a weekend of celebrations for the venue’s 120th birthday. Schiff’s post-pandemic resolutions have been to do away with the interval break in his recitals, and not to announce his concert programme in advance, apart from perhaps the names of the composer(s). The Wigmore Hall website laconically forecast just “Bach and Beethoven”.

My friend, the noted music journalist, critic, author and librettist
Jessica Duchen reviewed the May 28 recital. Schiff divided his performance into three, each segment containing a Beethoven piano sonata and a Bach prelude and fugue (taken from Books 1 and 2 of his ‘48’, the Well-Tempered Clavier, BWV 846–893) in the same key.

It’s not relevant to go into specifics of the concert, but I loved Duchen’s description of Schiff’s playing of the Bach fugues: “just a step away from Bach solving a crossword puzzle.”

I’ve been able to scrutinise the keyboard music of the great Johann Sebastian Bach (1685-1750) up closely, albeit vicariously, in midlife, through my son Manuel’s piano lessons with his teacher, Goa’s very own piano pedagogue Margarida Miranda.

Manuel’s piano exposure to Bach began with ‘Notebüchlein für Anna Magdalena Bach’, two manuscripts or ‘little notebooks’ for Bach’s second wife. The selection of pieces is intended for young players with little fingers and tiny hand-spans, yet still possess a refined, understated elegance despite (or even by virtue of) their simplicity.

Currently, during this pandemic, Manuel keeps up his daily practice routine with Bach’s ‘little’ preludes and fugues, and his Inventions and Sinfonias.

The little or small (‘kleine’) preludes and fugues give us an insight into the didactic side of Bach. Although ‘student works’, they point the way to Bach’s great works, such as the Well-Tempered Clavier already mentioned and his ‘Goldberg’ variations.

“A clear, clean touch of all the fingers of both the hands” is the first thing Bach would teach young students, including his own eldest son Wilhelm Friedemann Bach (1710-1784), for whom he specifically wrote a
Clavier-Büchlein (begun when Wilhelm Friedemann was nine), a collection of keyboard pieces meant for pedagogical use, a precious few of which (for example: BWV 930) have fingerings in Bach’s own hand.

The Clavier-Büchlein also contains short compositions (originally written as ‘Praeambula’ and ‘Fantasiae’) that we now know as the Inventions and Sinfonias, BWV 772–801, also known as the Two- and Three-Part Inventions: 15 inventions, which are two-part contrapuntal pieces (two melodies or ‘voices’ in conjunction with another, according to fixed rules), and 15 sinfonias, which are three-part contrapuntal pieces (three ‘voices’).

Manuel has a particular affinity for Bach, and if unsupervised, gravitates to his music and has to be gently nudged toward other composers’ pieces in his practice regimen. And I can see why. Even Bach’s ‘student’ works have that sense that Duchen writes about, of an inherent logic that makes you want to return to them again and again. Each return visit can reveal new insights and nuances. The great American conductor-composer-educator Leonard Bernstein waxed even more philosophical, referring to the “inexhaustible spiritual vitality” of Bach’s music.

Of the little preludes, Manuel loves to return to (and I love to listen) is BWV 999, which according to the only extant 18th century manuscript was actually written not for keyboard but for lute. In the dark (to our ears) key of C minor, it has a restless energy due to the intersecting rhythms between the two ‘voices’ (or left and right hand when played on the keyboard) and its peripatetic, perpetual-motion whistle-stop modulations that soon leave the ‘home’ key from the third bar, finally ending at G major, the ‘dominant’ major. Although just 43 bars long, to my imagination it conjures up a heroic figure sallying forth, battling all sorts of obstacles along the way, and it is almost a with sense of relief that we listen to that final resolution in the major, reassuring us that all is well with the world. This is a pedagogical work, an etude if you will, but it is an exciting performance piece too.

As Bach wrote no tempo or dynamic (the keyboards of his day didn’t have the range) markings, the performer has to intuit the contour, but it is still a subjective choice. Many, including the great Canadian pianist Glenn Gould, take BWV 999 at quite a clip, give a dramatic ‘pivot’ to the music at bar 33 and begin to slow to a close (ritardando) in the last couple of bars. Others play it at a slower steady pace with little dynamic variation. It makes interesting listening as well on the instrument it was written for, the
lute.

Coming back to the recital by Schiff at the Wigmore Hall not so long ago: For an encore, Duchen wondered if he would play more Beethoven, but the audience got Bach instead; the “sprightly little” Invention no 8 in F major, BWV 779, proving the point about their being appropriate for both, pedagogy and performance. She reminded us that this invention “floats in at the end of the Beatles’ ‘All You Need Is Love’.”

Indeed, it is (in ringing brass instead of keyboard). Although the Beatles may have dissed Beethoven (‘Roll over, Beethoven’), they had a healthy respect for Bach. “Bach was always one of our favourite composers,” Paul McCartney once said in a 1993 interview. Both McCartney and John Lennon sang in the church choirs of St Peter and St Barnabas in Liverpool in their formative years and would certainly have “met” Bach there.

Although you wouldn’t guess the origin from the finished version of the Beatles classic ‘Blackbird’, there is video footage of McCartney demonstrating on his guitar how the first few bars of the Bourrée from Bach’s Lute Suite in E minor (BWV 996) morphed into the opening riff of the song as we know it today.

Listening to Bach’ second Brandenburg Concerto (BWV 1047) also inspired him to add high trumpet to the score for ‘Penny Lane’.

The ‘fifth Beatle’ George Martin wrote a two-part invention (played on piano but recorded at half-speed an octave lower to sound like a harpsichord) reminiscent of the fugue in Bach’s Concerto for two Harpsichords (BWV 1061 for ‘In My Life’).

It shouldn’t be surprising therefore that Beatles hits have been arranged in the Baroque style, a nod not just to Bach (Peter Breiner’s Beatles Go Baroque: Concerto Grosso №3 in the Style of Bach 1994) but in general. I still have the audio cassette of Breiner’s arrangement of Beatles songs grouped into ‘seasons’ or concerti grossi in the style of Vivaldi’s ‘Four Seasons’ (thankfully now available on YouTube).

It may be a long and winding road, but it always somehow leads back to good ol’ Bach.