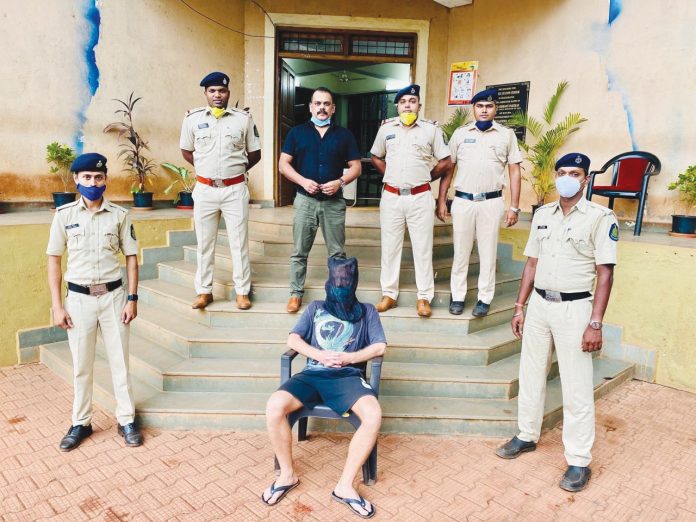 Dmitry Boldov, 41, a Russian national was arrested by Pernem police for illegal possession of narcotics drugs suspected to be LSD and ganja worth Rs 8.5 lakh in a raid at Morjim.

Acting on reliable information that a one foreigner national is involved in drugs activities in Morjim, Pernem police team led by PI Jivba Dalvi along with PSI Harish Vaingankar, constables Vinod Pednekar, Rohan Velgenkar, Dayesh Khandeparkar, Vishnu Gad and Mahesh Naik conducted a surprise raid and found Dmitry in possession of narcotics drugs suspected to be LSD and ganja worth Rs 8.5 lakh.

In this connection, Pernem police conducted panchanama and seized the narcotics drugs and took Dmitry into custody and registered an offences under sections 20 (b) (ii) (A) and 22 (b) of Narcotic Drugs and Psychotropic Substances Act, 1985 against him.

Further investigation is in progress under the supervision of SDPO Gajanan Prabhudessai and SP North Shobit Saxena.

Good response to Tika Utsav in Salcete on Day 1