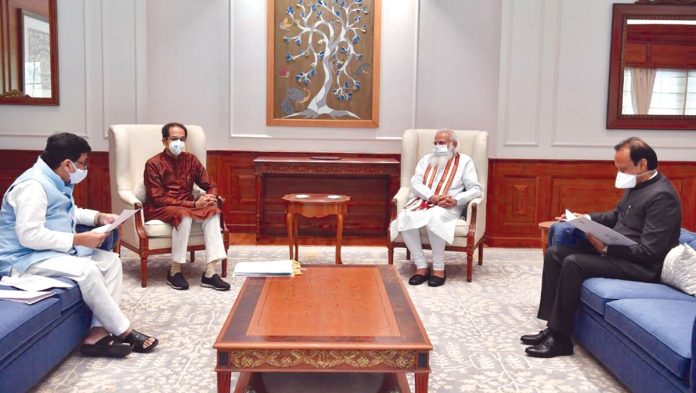 He said the prime minister assured to look into the issues.

The meeting lasted for an hour and a half, Pawar said.

This is Thackeray’s second visit to the national capital after taking over as the Chief Minister of the state in November 2019.

The Shiv Sena-NCP-Congress government wants to move the Metro car shed to Kanjur. The state and the Centre both claim the land as theirs. The matter is currently pending with court.

Pawar, who is also the Finance Minister of Maharashtra, said issues pertaining to the goods and services tax compensation was also discussed in the meeting. Pawar said Maharashtra was expected to get approximately Rs 46,000 crore as GST compensation but it has only received Rs 22,000 crore. He said Maharashtra still has to receive Rs 24,306 crore.

“The state is battling coronavirus pandemic and this will have an impact on its revenue and the compensation amount should be given at the earliest,” Pawar said.

The Maratha reservation issue was on top of the agenda. The composition of the delegation assumes significance as it included two senior Maratha leaders – Pawar and Chavan.

Since the verdict, pressure has been mounting on the government to act.

Thackeray said the issue of giving Marathi the status of classical language is also pending with the Centre.

Pawar said the delegation also asked Modi to direct Maharashtra Governor Bhagat Singh Koshiyari to approve nomination of 12 members to the state legislative council, as decided by the state Cabinet.