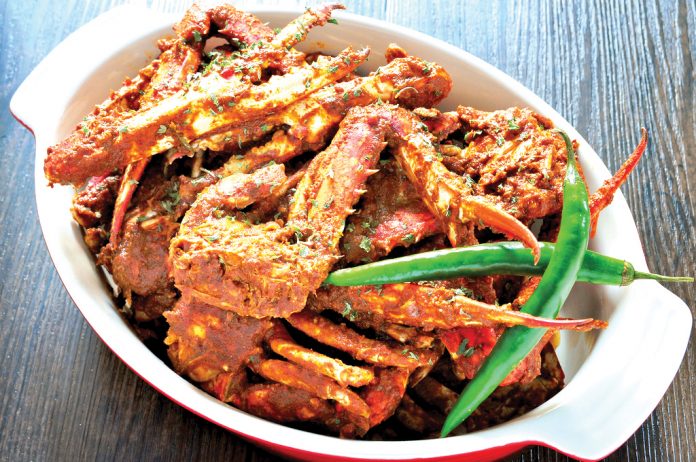 The other day, one ended up searching for some information to share on one of those active WhatsApp groups. By some coincidence, I was also dusting my bookshelves, when five books from one section caught my eye.

These were not-so-new cookery books, dealing with the food (mostly) of Goa. On sharing the same online, there was a lot of interest. Some responded by saying: Are these books available? Are they for sale? What exactly do you mean by saying that you have single, self-owned copies?

This brought back home the reality that plagues books in Goa. Or, what I call the “Goa book paradox”. It runs something like this: When a new Goa-related book is published, hardly anyone seems interested in wanting to buy it. But once the book is some years old, and mostly already out of print, everyone joins the scramble to find it. Alas, by then, it’s already too late. More often than not, the book is simply unavailable.

That’s where, someone suggested, it’s best to pick up a Goa book when it is available. And keep it carefully for the next time you need to refer to it. You never know when it will come in handy.

So, here are five not-so-new books that form a valued part of my Goa books collection. They are published in Goa (two of the books), and in Bombay, Canada, and the UK. Most of the books cover the basics of Goan cooking, but they do so in their own distinct styles.

Listed first, for no reason other than maybe proximity, is a book which one picked up one Sunday outside the Anjuna church.  It is called ‘Goan Style Innovative Cooking’, and is by Maggie Silveira. She describes herself as the “bride who cooked for her own wedding”. With a sense of accomplishment, she says she prepared 14 dishes for a total of over 500 guests at that event.

Lily Saldanha, meanwhile, has compiled a book called ‘What’s in the Pot? The Best of Traditional Goan Cuisine’. It was crafted for the Lions Club of Mapusa Suburban, and published in around 2007 or thereabouts. Lily and her husband Alex are better known for running the Emerald Lawns, a prominent North Goa wedding and events venue.

Her recipes come in various sections. Sauces, soups, salads, vegetarian, seafood, chicken and egg, mutton, beef, pork, rice and bread. To wind up there are also chutneys and pickles, and desserts.

Some of the recipes seem mouth-watering, even if one goes by reading and imagination alone.  The soups remind one of the pre-1961 era, with all their Portuguese names. From the caldo, to sopa de calabaza (summer squash soup), sopa de camarao (prawn soup), and other similarly named soups made of chicken, spinach and onion (cebola).

In this list, ‘Grandma’s Pouch: Medicinal Plants – Home Remedies’ is the odd (wo)man out. For one, it comes from Mumbai, with quite a cosmopolitan set of authors. Besides, it’s strictly a cookbook but focuses on medicinal plants.

I’m guessing one of the authors with a name like Roma Rane e Sawant would have a Goa connect. So could a Priya Lucia Wendelin Alphonso, but not necessarily in a city where the GEMS (Goans-East Indians-Mangaloreans-South Indians) have been increasingly mingling in recent times. This book was published by the Women’s Commission of the South Mumbai Deanery.

The last two books are from the UK and Canada respectively.

Edna Fernandes’ work caught my attention through – sorry, this sounds like male bias here – the work of her hubby, Tony Fernandes. Tony, an online friend, is an alumnus of Monte Guirim’s St Anthony’s. He both writes and draws fascinating stories about life in that school decades
back.

His wife Edna, Canada-based (they had planned to shift over to Parra, but it didn’t unfortunately quite work), describes herself as “a collector of tried and tested Goan and other Indian recipes …  just the way mother made them.”

This book was republished in Goa way back in 2005, via the Pilar printing centre. It is, unless mistaken, quite out of print at the current time. It is published by the author’s “Edna’s Pickles” brand, which is known for the many exhibitions it takes part in, at Mississauga, Ontario.

Elsie Antonette Maciel, the author whose book is the last in the list we’re looking at, passed away quite recently in the UK. This book was published from their Surrey home, first in 1983 and reprinted a decade later. Given its rarity nowadays, it is definitely a useful addition to anyone’s – including my – collection.

She starts her book with a confession: “When I first accompanied my husband to the remote wilds of Kenya’s Northern Frontier District as a young bride in 1952, my knowledge of Oriental cooking, and Goan cooking in particular, was very scant indeed.” In this context, her compilation of nearly 90 recipes is impressive.

When it comes to cuisine, old is gold too in terms of recipe books. Of course, there are many older books than these. But we need some way of preserving the same, and our knowledge, of a crucial part of the local identity, its food.

Agriculture and trade in pre-Bahamani Goa