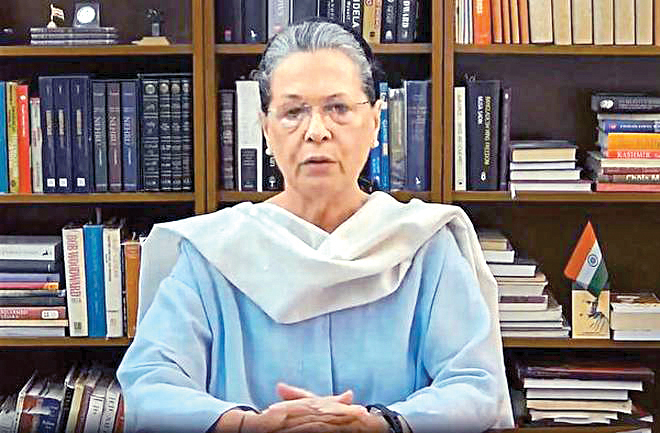 New Delhi: Congress party president Sonia Gandhi on Monday said the party has to take note of its serious setbacks in assembly polls, and face the reality to draw the right lessons and put its house in order.

Addressing the crucial meeting of the Congress Working Committee (CWC), Gandhi said she intends to set up a small group to look at every aspect that caused such reverses and come back with its findings.

“We have to take note of our serious setbacks. To say that we are deeply disappointed is to make an understatement. I intend to set up a small group to look at every aspect that caused such reverses and report back very quickly,” she told the meeting in her inaugural address.

Gandhi said the party needs to candidly understand “why in Kerala and Assam we failed to dislodge the incumbent governments, and why in West Bengal we drew a complete blank”.