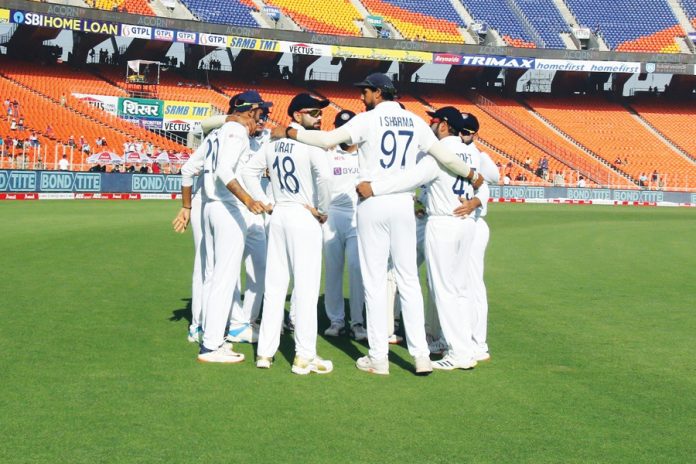 New Delhi: Indian cricketers will complete an eight-day hard quarantine period in Mumbai before leaving on June 2 for a marathon tour of United Kingdom, where they will play six Test matches including the marquee World Test Championship final against New Zealand.

The BCCI is still carrying out negotiations regarding the duration of 10 days of soft quarantine (training allowed) for players after reaching the UK where they will be based for three and half months.

“Indian team will have eight days of hard quarantine (confined to hotel rooms) in India with mandatory negative RT-PCR reports on second, fourth and seventh day required to board the flight,” a senior BCCI official told PTI on Saturday.

“Since we have a bubble to bubble transfer, it needs to be seen if the duration of the 10-day quarantine can be reduced a bit. However players during soft quarantine can go for training. In any case, Hotel Hilton where the teams will be put up in Southampton, is a part of the Ageas Bowl property,” the

In case it’s a 10-day quarantine, the Indians will be allowed to move around the city from June 13 while the WTC final against New Zealand will start on June 18.

It is also learnt that looking at the length of the tour, players’ families will accompany them.

However it is still not clear whether the WAGS and children will join from the start of the tour or come after the WTC final when there is a substantial gap of more than a month before the start of the Test series on August 4.

The BCCI is also confident that all the players will get their first dose of vaccine before embarking on their journey to the UK. However it will be difficult for Prasidh Krishna, who has tested positive after coming in contact with Varun Chakravarthy, to get vaccinated before leaving for UK.

“You have a gap between the time you test negative for COVID-19 and get your vaccination. So even if Prasidh tests negative by May 18th or 20th, he would need a four week gap before he gets his first dose,” the source said.

If all Indian players get Covishield vaccine in India, it will be easier to get the second jabs in the UK as it’s the Oxford vaccine.

Sourav Ganguly, Jay Shah to be in UK for WTC final

BCCI president Sourav Ganguly and secretary Jay Shah are expected to be present in Southampton for the WTC final.

“Both president and secretary are supposed to be present during the World Test Championship final as of now,” the source added.

One could expect them having some discussions with ECB brass with regards to the option of hosting the remaining 31 games of IPL in the United Kingdom apart from various ICC policy decisions.