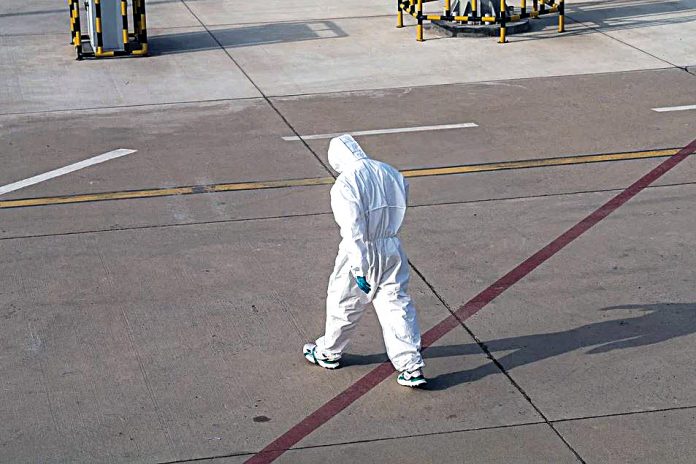 At the time of writing there were 22,945 active cases and 1,168 deaths in Goa with the test positivity rate reaching a phenomenal 45 per cent.

April 2021 will go down in history as a lethal month with high morbidity and mortality. In just 30 days, 32,748 new cases were reported and 338 lost their lives due to COVID-19. Compare this number with 91 deaths from January to March 31. Almost four times more deaths occurred during April than the previous three months.

With information about only four variants circulating in the population, the government knows nothing about the behaviour of the pandemic during May. Would the pandemic curve get flattened during a hostile May or the current ‘mayhem’ may continue during May? May is the warmest month of the year in the whole country with a heat wave killing thousands of people. For temperate strains of all the coronaviruses, the weather conditions during May are hostile all over India. With hot, humid weather and pre monsoon showers the conditions in coastal Goa are not different. So, is it possible that the unfavourable weather could make the ‘second wave’ run out of steam and stop the runaway virus in its track?

It has been shown that SARS COV 2 spreads by air over short distances and prefers colder conditions. India had miscalculated the seasonal behaviour of the virus when the central government made premature ‘feel good’ statements in January 2021. In Goa, people threw the caution to the winds and behaved as if the pandemic had ended. Then sometime during February 15-25, two highly infectious variants of SARS COV 2 entered Goa possibly from Maharashtra and slowly the number of the new cases began to rise from February 23, 2021.

The new year had begun with only 930 active cases. On January 28, Goa had met the WHO benchmark of maintaining below five per cent test positivity rate for 14 consecutive days. On February 22, with 464 active cases a steady state in total active cases was reached with the lowest number of active cases in the new year. From February 23 onwards there was a steady rise in daily new cases but even then, it took 37 days for active cases to jump to 1,556 on March 31 from 464 on February 22. During this period about 29-30 new cases were found on average per day. During April this increased to average 1092 new cases per day. On April 1, Goa had only 1716 active cases. On April 30, Goa reported a total of 22,945 active cases. Distribution of the active cases in 32 health centres indicated that the area under Cansaulim health centre had 27 per cent population infected whereas the infectivity was less in Vasco with less than one per cent.

How is the pandemic now going to play out during the warmest period of the year? There are different epidemiological models which have predicted that the peak would be reached soon and then the cases would begin to decline. But people still do not seem to understand that they are dealing with a virus transmitted by air. The simplest strategy is to ‘deny new human hosts to the virus and terminate the transmission chain’. The end of the second wave in Goa is possible during the hot, humid and hostile weather during May if the mobility and movement of the people is completely minimised and testing frequency is substantially increased. Goa established a national record on April 29 with a phenomenal 51 per cent test positivity rate but it declined to 45 per cent the next day bringing some relief.

Now for May, three scenarios are possible. Under the worst-case scenario, the peak of the present wave may not be reached till May 25-30 and new infections may occur at the rate of 600 to 700 per day and deaths would range on average 8-10 per day. This would put the health facilities under tremendous stress. Under the business-as-usual scenario infectivity and lethality experienced during April may continue till the end of May with containments and partial lockdowns yielding no results. Under the most optimistic scenario the peak of the present second wave may be reached between May 10-20 and then the new cases and the death would begin to decline, and this trend would be continued till the end of the month.

There are many favourable factors to remain overly optimistic about May. Already 6,52,816 RT PCR tests have been completed and 91,052 COVID-19 positive cases have been detected by April 30. It is good to see that more than 41 per cent of the population has been tested. The number of recovered patients was 66,939 on April 30. It is exceedingly rare that they would get infected. This section is contributing to community level herd immunity. The entire population of Vasco-Mormugao was exposed to the original Wuhan strain which was spread in June last year by a super spreader. Interestingly the infectivity in Vasco where only eight people in 1000 were infected by the end of April was found to be less than one per cent. This clearly indicates that the local population in Vasco has developed the necessary herd immunity to prevent more infections. Curchorem and Quepem in South Goa have shown remarkably less severity of infections. Only 19 people in 1000 were infected. There could be unidentified social, occupational, population genetic and serological factors behind this.

Higher testing, tracing, stringent compliance with SOPs and people voluntarily isolating themselves could make it difficult for the COVID-19 variants circulating in the population to become more infectious and lethal during May. So, we need to remain cautiously optimistic to see the worst getting over by the end of this month.