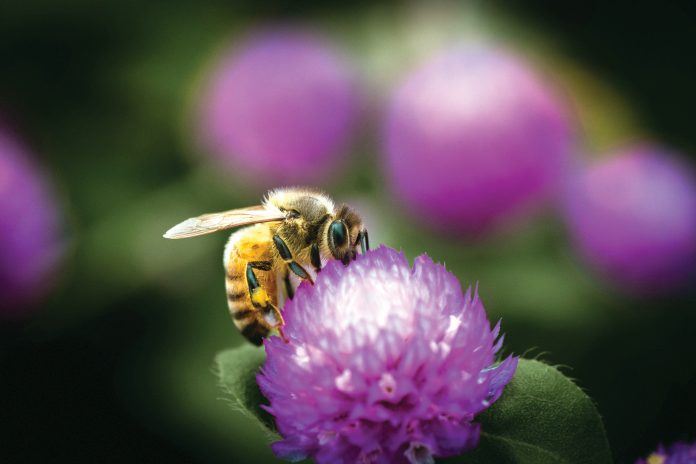 My son called me up while I was at work. He sounded extremely excited! He had just discovered that there was a blue coloured honey.

At first I didn’t believe him. Why would I? I am a world renowned and talented chef. I keep myself abreast with the culinary world. I hadn’t heard of such an occurrence. In fact I could spout the numerous unique honeys in the world. Most of which I have already had the pleasure of sampling and a blue honey was definitely not on the list.

I tried to convince him otherwise. It possibly could have been the name of a song. With the quality of lyrics dipping down, I thought that blue honey was a random crooner singing about his girlfriend as she displayed the signs of hypothermia. Or blue honey could possibly be the name of a paint shade. You know how these paint companies keep adding shades that we have never heard in our lives!

There is never just white. There has to be an eggshell white, ivory white, sparkling white or a milky white among the two hundred more white variants. I expected blue honey to be just a random swish on a paint card.

But my son was insistent. He wasn’t going to let me dim his enthusiasm and he insisted that I look into the matter. He knows I love to write about the weirdest food related issues and he wanted me to expound on what he thought would be an absolutely fantastic topic.

I thought that he had lost it. Too much exam stress! The lockdown was probably affecting him! Blue honey! Whatever was he speaking about?

I decided to humour him; I pretended that I was listening. But he wasn’t having any of it. The younger generations are far smarter and they aren’t prone to accepting condescending statements!  He didn’t want me to patronise him. He was trying to help me write an article and he felt that I was brushing him away.

I found myself in a tricky position. I wanted to accept what he was saying but thought that he probably was mixed up about what he heard.

Or maybe it was one of those weird and random WhatsApp forwards that begin with much promise but fizzle out the minute you start to scrape the surface in search of what lies
below.

I knew that he wasn’t speaking about lavender honey. Bees that cross pollinate lavender flowers do not create a different coloured honey. Even lavender infused honey doesn’t show any colour difference.

Probably he was speaking of purple honey. Now this was a thing!

Now many people think that purple honey doesn’t exist. But that is only because it is so rare to find that denial is probably an easier way out!

Now weird as it may sound, purple honey surprisingly actually tastes purple! But that is hardly the point!

When it is to be found, you might be luckier if you search beehives in the states of North and South Carolina in the USA. The common belief is that the bees are used to foraging from elderberry and huckleberry plants and hence the colour. The flavour, however, doesn’t carry notes of either fruit.

Red honey was also a possibility. But this was dangerous. Red honey is made by bees that frequent rhododendron flowers. Rhododendrons contain grayanotoxin, which can cause a dramatic effect on people and
animals.

Red honey is also called mad honey because consumption beyond a certain limit can cause hallucinations, temporary paralysis, unconsciousness and death in a few instances. It is rather expensive because it is used in lieu of recreational drugs.

In exasperation, I decided to check up on the blue honey!

Beekeepers in the town of Ribeauville in the Alsace region were extremely puzzled when their hives started producing blue and green honey. Before contacting the authorities at the Guinness Book of Records for a spot, they decided to conduct a small investigation into the matter. They realised that the source of their refurbished honey colours was a biogas plant that processed waste from the M&M candy factory. Apparently a particularly harsh winter forced bees to seek out alternative sources for sugars.

My son was right all along!

The talented chef of world renown had to hang his head in shame and concede defeat.