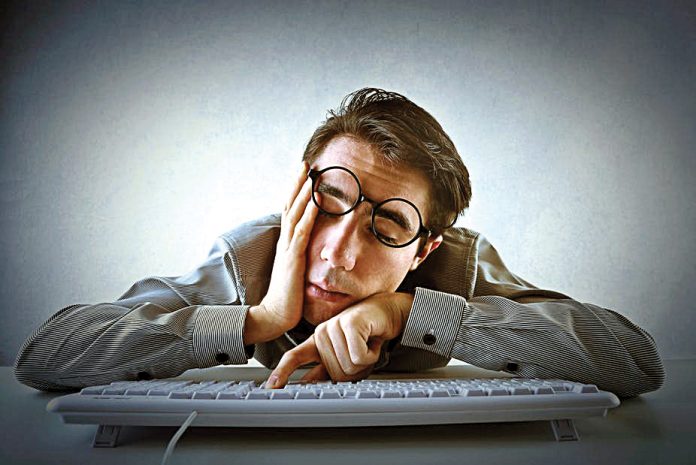 Many complain about feeling bored during the pandemic. Sitting home, controlled, faced with the same relentless routine day after day, bereft of all that is diverse and exciting in life, provokes boredom. An emotion generally viewed as extremely unpleasant, characterised by feelings of dissatisfaction, restlessness and mental fatigue.
We have a desperate urge these days to escape from its clutches and return to some semblance of the normalcy we experienced before the virus struck. When confined to the house, or to a masked and controlled distance from all our friends and relatives, our knee jerk reaction is to seek out a distraction (play video games, binge on chocolates and soap operas, or watch movie after movie). Analysts say these short-term solutions are crutches on which we hope to derive some stimulation in our battle against boredom. Ultimately leading to even more boredom!
Amazingly enough, psychologists posit that, if boredom provokes negative outcomes, it also has its benefits. It can be turned into a catalyst for action. A recent study, published in the American journal Academy of Management Discoveries, deduces that if you are expecting brilliance to strike, try getting bored first. Thereby concluding that boredom can spark individual productivity and creativity.
In the study, people who had indulged in a boredom-inducing chore—methodically sorting a bowl of beans by colour, one by one—later performed better on an idea-generating task than peers who had been given an interesting craft activity before the test. The mission given to both groups was to produce excuses for being late that would not make someone look bad. The bored folk outperformed the other group both in terms of ideated quantity and quality, as ranked by objective outsiders who assigned uniqueness scores to each one.
Such findings come as no surprise to Sandi Mann, a senior British psychology lecturer, and author of ‘The Upside of Downtime: Why Boredom Is
Good.’ She is a proponent of embracing the emotion, negative connotations and all. And she suggests several paybacks which can result from being bored.

 Boredom can actually improve our mental health, she argues. We all live in an age of overkill vis-a-vis information and distraction, overwhelming our limited cognitive resources. Taking a break from this excess offers us a valuable opportunity to help our encumbered brains relax and alleviate stress. It is extremely beneficial to simply step away from social media and other stressors to let the mind unwind. “Daydreaming can be a respite and provide a brief escape from day-to-day life,” Mann says. Studies have shown that modern tools including work emails, social media and dating apps can actually strain mental health; hence, taking a break can be a valuable opportunity to recharge.

 Boredom boosts originality and innovation in the long run. Since it provides an opportunity to turn inward and use this time for thought and contemplation, it encourages imagination and problem-solving. Rambling minds can lead to thinking outside the box. Mundane activities can actually produce useful ideas: in the absence of external stimuli, we fall back on our mind’s eye to harvest fresh and fanciful thoughts.

 Boredom motivates a search for exclusivity. Without boredom, humans would not have the taste for adventure and novelty-seeking that makes us who we are—intelligent, curious, and constantly in pursuit of something new. Novelty-seeking implies dissatisfaction with the status quo, and a willingness to challenge established ideas and practices. Great achievements are facilitated when you become frustrated with the existing state of affairs: American psychologist Robert Goldberg argues that “the great globe-trotting Christopher Columbus would have never embarked on his great voyage if he had not been temperamentally dysphoric and had access to Prozac in those days.”

 Boredom stimulates the pursuit of new goals. By signalling that we are currently engaged in an uninteresting or unchallenging situation which fails to meet our expectations and desires, boredom encourages us to shift to goals and projects that are more fulfilling than the ones we are currently pursuing. At its core, boredom is “a search for neural stimulation that isn’t satisfied,” Mann writes. “If we can’t find that, our mind will create it….There’s no other way of getting that stimulus, so you have to go into your head…and you may be surprised by what you come up with when you do.”

 Boredom builds self-control skills. Boredom affects the ability to focus and pay attention because interest is lost. Among students, boredom results in disengagement from class and poor performance. They can feel bored when they lack the cognitive resources to focus and self-regulate which is correlated with the ability to handle boredom. Learning to endure boredom at a young age is great preparation for developing self-control skills (regulating one’s thoughts, emotions, and actions) and developing discipline.
Professor Wijnand van Tilburg of Limerick University and co-author of the paper ‘Boredom and Prosocial Behaviour’ contends that boredom promotes philanthropic behaviour. “Jaded people are motivated to engage in meaningful behaviour,” he writes. “They do not simply turn to distractions that are fun and interesting, but something with content behind it.” Thus boredom paradoxically can be a very strong motivator for people to seek out meaningful tasks, such as plasma donations, assisting the poor and vulnerable. Thus boredom actually promotes engagement in useful and charitable behaviour which gives meaning to life and impinges positively on the lives of others.
Given the benefits cited, we should embrace boredom, rather than look for an immediate escape. We should also allow our mind to meander on more than one occasion, because boredom could well provide us with a golden opportunity to reflect and determine what exactly we want to extract out
of life.