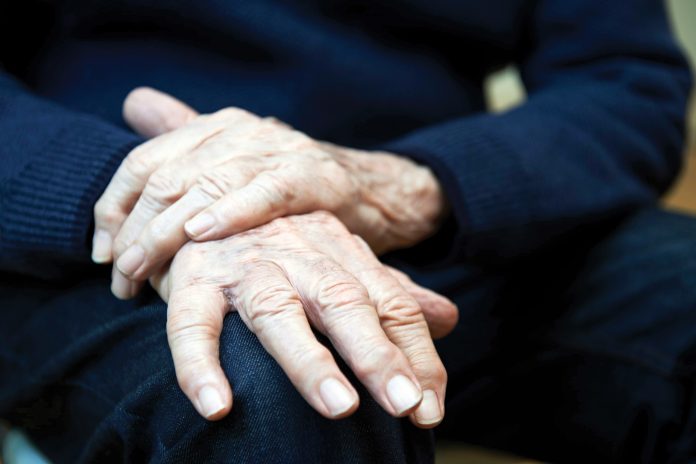 April is the month to create awareness for Parkinson’s Disease. With an increase in people below 50 showing signs and symptoms,
NT NETWORK sheds light on this degenerative brain disorder

‘Together we move better!’, the motto of the Parkinson’s Disease and Movement Disorder Society in India, is a reflection of the spirit we hold this April as we observe World Parkinson’s Awareness Month. As World Parkinson’s Day is observed on April 11 annually, it brings about a chance to raise awareness about the condition and push for more research and rehabilitation services to improve the lives of an estimated one million in India.

The disease that until now has no cure and is progressive in nature has afflicted several as they enter their retirement phase. “It’s sad because that’s the time the elderly folk want to stay fit and healthy and prove that they aren’t old, but when Parkinson’s strikes, it shakes them,” says Antoinette Fernandes, who couldn’t come to terms when her father was diagnosed with the condition eight years ago. “He wasn’t shaking or trembling like otherwise seen, he had just slowed down and wasn’t feeling okay,” she recalls.

It has been ascertained that the degeneration of dopamine-producing cells in the substantia nigra, which is a tiny but crucial area located inside the brain, is the cause of Parkinson’s Disease (PD). These cells carry signals within motor circuits of the brain. And when the levels of this chemical drops or doesn’t suffice, one develops tremors, slowness, and stiffness of body parts.

And D’Souza explains that the symptoms are known to worsen over time. “Along with the main motor symptoms like tremors, rigidity of muscles, imbalance, walking difficulties and slowness of movement, there are non- motor symptoms as well which range from sleep and speech issues to constipation, depression, anxiety, hallucinations and problems with impulse control.”

Here, medication and rehabilitative services help to control the progression of these symptoms. But awareness is also imperative to keep stigma at bay and to create a 360-degree understanding for the right rehabilitation and medication.

“If dealing with all these issues was not difficult enough, PwPs and caregivers also have to deal with the stigma associated with the condition due to lack of knowledge, which can result in PwPs isolating themselves, and withdrawing from society,” explains D’Souza

The Parkinson’s Disease and Movement Disorder Society (PDMDS) has a mission to integrate all PwPs back into society and help them manage their symptoms better, together. The multidisciplinary model of care followed incorporates techniques and strategies by physiotherapists, psychologists, speech therapists, counsellors, social workers, community workers and neurologists.

D’Souza specifies that this forms the core of their free-of-cost rehabilitative services that are implemented and replicated in 60 support centres across 13 states all over India. She feels a sense of pride as she states that PDMDS has been able to reach more than 40,000 PwPs and caregivers, both in urban and rural areas. “And we hope to continue to make rehabilitation and medication affordable and accessible to all PwPs,” she says.

In Goa itself there are five groups for People with Parkinson’s at Mapusa, Panaji, Vasco, Ponda, and Margao where online sessions have been continuing since April 2020, apart from awareness activities.

Through the month, PDMDS hosts interactive sessions with doctors to talk about different aspects of Parkinson’s. Various exercise videos, cognitive activities and daily tasks are held online for PwPs to keep themselves healthy and engaged. “Since we cannot hold our weekly group sessions, we commenced online group sessions to continue to provide rehabilitative services like physiotherapy, psychoeducation on Parkinson’s and cognitive activities through a support group setup,” D’Souza shares.

The Society has also started a free online counselling service for PwPs and caregivers who’ve been experiencing difficulties. Besides, there is a lot of content disseminated through social media to keep raising awareness for Parkinson’s.

Living with Parkinson’s is a difficult time, but as D’Souza puts it, it won’t stop those on a mission to raise awareness about Parkinson’s and reach out to as many patients and caregivers. “We will get through this, feel better, do better and move better, together!”