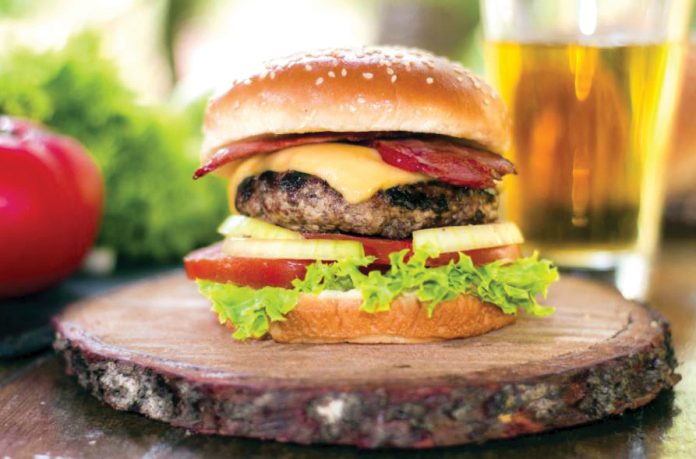 If you have more cholesterol in your body than you need, then you are heading for heart disease and heart attacks. A build-up of cholesterol narrows arteries, causing a restriction of blood flow to the heart. Very often a person with high cholesterol levels has no symptoms until he has his first heart attack.

This is even more problematic if you are overweight – which you will be, because the food that causes an increase in cholesterol also increases your weight. Though some cholesterol components are stored in the liver and gallbladder, the main storage area is in fat cells called adipocytes. When you have too much cholesterol, these cells swell up and you gain weight. Too much cholesterol can be caused by eating too much fat or carbohydrates.

There are two types of cholesterol: HDL and LDL.

High density lipoprotein (HDL) is good cholesterol which protects you from hearts attacks, and strokes, by mopping up excess bad cholesterol. It takes the cholesterol that you don’t need back to the liver. The liver breaks it down so it can be passed out of your body.

LDL is bad cholesterol. This blocks the blood supply and causes strokes and heart attacks. Non-HDL take cholesterol from the liver to the cells around your body. Too much bad cholesterol (non-HDL) can be harmful because it sticks to the inside walls of your arteries. This can lead to fatty material (atheroma) building up – this process is known as atherosclerosis.

There are only two things that raise cholesterol in the blood: saturated and trans fats.

Trans fats occur in some fried and processed foods. Also, in junk food.

How do you know that your cholesterol levels are high? You usually don’t. There are no typical signs if you have high cholesterol, which is why it›s so important to get it checked. It›s a hidden risk factor, which means it happens without us knowing until it›s too late. Some people get soft, yellowish, growths or lesions on the skin, specially round the eyes, called xanthomas. If you are lucky you develop left-sided chest pain, pressure, or fullness; dizziness; unsteady gait; slurred speech; or pain in the lower legs. Any of these conditions may be associated with high cholesterol.

How do you flush cholesterol out of your body?

In June 2020 a report, led by Imperial College London Majid Ezzati, et al and involving dozens of universities, ‘Repositioning of the global epicentre of non-optimal cholesterol’was published in Nature. It said that while cholesterol levels have declined in high income countries, particularly Europe, since 1980, they have increased vastly in lower and middle income countries, with Asia, specially Southeast Asia, now being the centre.

The reason for this is the consumption of animal-based foods, refined carbohydrates (maida) and palm oil. In short, the heart attack and stroke risks have been globally repositioned with the shifting of a high cholesterol diet.

A group of nearly 1,000 researchers, from around the world, analysed data from 1,127 studies comprising 102.6 million adults, to assess global trends in cholesterol levels from 1980 to 2018. This is the largest ever study of global cholesterol levels.

The report said that Belgium, Sweden, Switzerland (the centre of the milk/meat diet) and Iceland (meat) had shown the steepest declines in cholesterol, going from the highest to the lowest. There has been a sharp drop in LDL cholesterol in the UK, according to the British Heart Foundation.

China, which had the lowest levels of cholesterol in 1980, was among the highest in 2018. India, Malaysia, Philippines and Thailand have not covered themselves in glory either.

In 1980 Australian women ranked 32nd highest in the world in cholesterol levels. Today they are 146th. Australian men have fallen from 31st highest to 116th.

Avula Laxmaiah, National Institute of Nutrition, one of the authors of the research paper, said LDL cholesterol among Indian men ranked 128th in 1980 and remained the same in 2018. Women are 139th in the global line-up.

Other conditions, that can lead to high cholesterol levels, include diabetes,

drugs that increase LDL cholesterol and decrease HDL cholesterol, such as progestins, anabolic steroids, and corticosteroids. India is one of the highest users of steroids – not directly, but through these being fed to chicken.

The authors have suggested that each country in Asia set into place prices, and regulatory policies, that shift diets to non-saturated fats. But, at the end of the day it is not prices that will decide – meat/chicken and milk are already expensive but it doesn’t stop you from eating them. You will have to take a personal decision, depending on how much you value your life or the lives of your family.