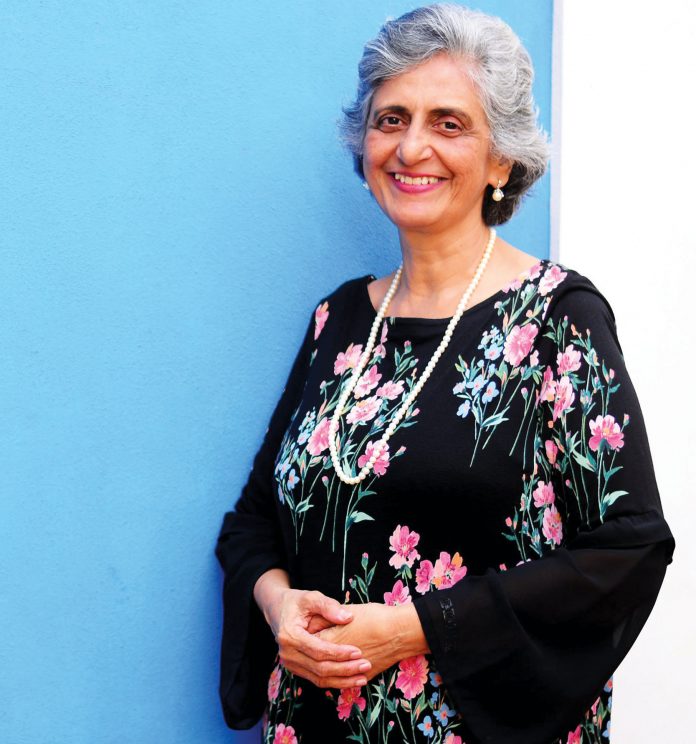 Author and pathologist, Sushila Fonseca talks to NT BUZZ about her latest book, a biography of her father, ‘The Journey of an Unsung Hero – Antonio Sequeira – His Quest for Goa’s Freedom’

Q. What inspired you to write this book?

I had just finished with the publication of my historical novel ‘Against the Tide … 47 Men…’ and was deciding on a new topic to work on. I have always felt that my parents lived such extraordinary and challenging lives and this last novel got me thinking about how bravely and tenaciously they, too, struggled against Salazar’s autocratic regime.

Antonio Sequeira, my father, was the editor of the ‘A Voz da India’. This paper was most nationalistic and was also the leading daily in circulation during the years that it survived the censorship and the watchful eyes of the Portuguese Salazarist Government. Despite the strict censorship, Antonio used his pen to awaken and remind Goans about their right to civil liberties and a better quality of life.

On one of the visits to the library for this purpose of study, I met a friend and when I shared my doubts about writing my father’s story with her, the friend encouraged me with the words: “If you don’t write about it, who will do it?” These words remained in my mind and convinced me that it had now become my responsibility to tell his story to the world. With that, I began my father’s biography!

Q. Tell us about your father and the bond you shared with him.

My father, Antonio Sequeira, was a loving but strict parent and expected us to always do our best. He was proud of us, his children, and accompanied us in our student activities, guiding us in our studies, etc. He rarely spoke about his political activities to us, children. It was my mother who, when questioned, told us a little about the challenges they faced. If I did criticise his political preoccupation and lengthy discussions with his political friends, he would say gently: “You don’t understand, you are a child.” He instilled in us courage and faith, that God would always guide us if we believed and trusted in Him. Whenever I was nervous, for example, prior to exams, he would say: “Where is your faith?” I believe these two qualities
– courage and faith, are the two most precious gifts he gave us.

Q. While writing the book did you discover or imbibe some of his traits?

While writing this book, I got a clearer and more mature understanding of my father’s concern with the developments in Goa; for his heart was in Goa. I also learned a lot about Goa in the Forties, which was very different from the Goa we know today. Poverty and inequality were the order of the day and the Press was strictly censored so that the general Goan population only got to know that which was convenient for the Portuguese government. Thus, the common man in Goa never thought of possibilities beyond that which he was manipulated to know.

Q. Did you find anything that surprised you while researching for the book?

One often takes the actions of family members for granted and so while researching, I was amazed and proud to see Antonio Sequeira’s name in the work of so many history writers. I was also happy to discover that he was a member of the Dr T B Cunha Memorial Committee. I hadn’t realised the subtle and important contribution, he made with his pen in Goa’s fight for freedom.

Q. Antonio Sequeira used the power of the pen to expose the ineptitude and injustice of the authoritarian Salazarist regime in Goa. Now, by wielding the pen yourself by writing this account, what is your intention?

I wrote this book because the more I researched the more I became convinced that it is a story that must be told and recorded because many of us take equality, liberty and justice for granted but here were my parents who had given their all, to get this freedom for their motherland without any expectations in return.

When my parents got married, they had everything that any young couple could dream of – they were well to do and both well qualified with position and prestige in Goan society. By advocating for civil liberties and democracy they knew that they had more to lose than to gain for at the time freedom fighters were already being incarcerated on even a suspicion of dissent; despite this, my father took the decision to struggle for these values, of democracy and civil liberties, for the future of Goa and all
his countrymen.

While in self-exile in Africa, my parents also inculcated in their children a love for the motherland, which the children had barely seen or only heard of! When they
spoke of Goa, their faces would light up and they spoke with great pride and affection of Goa.

What I also admire about my father and my mother is that after Goa’s liberation, they had the courage and purpose to return to Goa and begin life all over again, to contribute in whatever manner they could to the building up of Goa.