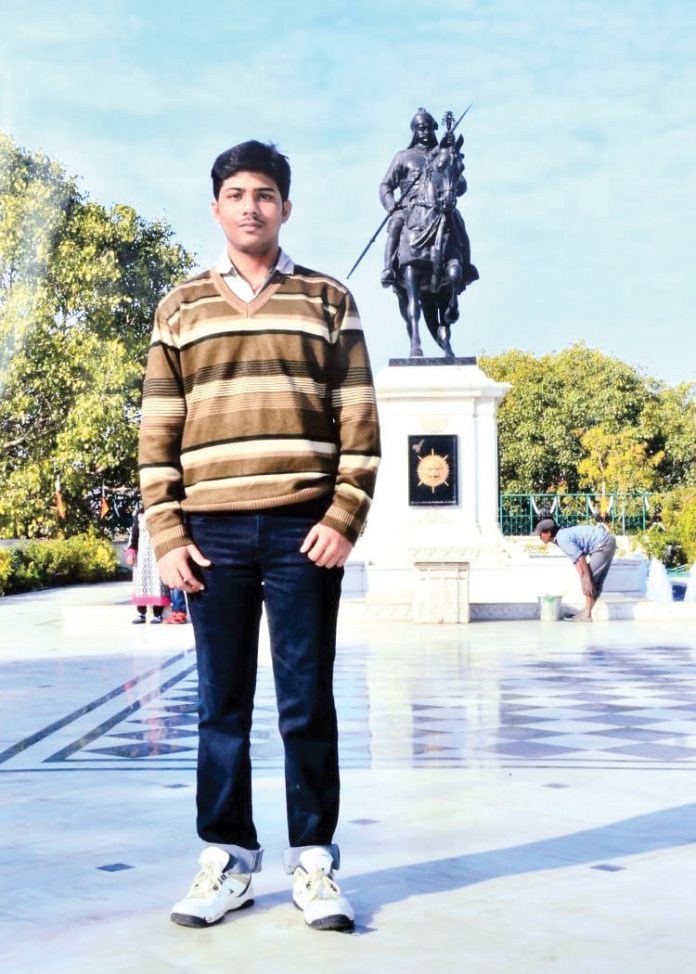 21-year old mechanical engineering student from Delhi,  Abhishek Agrahari has landed not just one but ten internship offers from Ivy League universities, besides Harvard University; University of Illinois; Technical University of Munich; Tel Aviv University; Beijing Computational Sciences Research Center; Shanghai Jia Tong University; Gyeongsang National University; University of Adelaide, Australian School of Petroleum; Universidad Politecnica de Madrid; Heriot-watt University; Lithuanian Energy Institute and Iscte-Instituto Universitario de Lisboa. This is apart from the offers he has received from leading Indian institutions, like IIT, Kharagpur; IIT, Indore; and IIT, Madras.  In addition, he has the distinction of having drawn offers in both sciences and mathematics, a feat which is rare, to say the least. In conversation with NT Kuriocity, Abhishek speaks about his passion and aspirations

A third year BTech student at Thapar Institute of Engineering and Technology (TIET, Patiala-Punjab), Abhishek was born in Kolkata and completed his schooling in New Delhi. Coming from a middle class family, nothing came easy. He has had to work hard and stay focussed right from the beginning. “Obstacles and difficulties will always be there but we must learn to overcome them and move ahead with renewed vigour. I consider obstacles a motivation and a driving force to bolster my determination. A smoother road never makes a good driver and success doesn’t come easily hence one has to face his/her share of challenges. I too have. Obstacles like poverty test our character,” he says earnestly.

In the recent times, the global Covid pandemic has been a major setback for Abhishek “My father lost his job and it was extreme difficulty to keep myself motivated all the time but at the same time, the deep fear and insecurity, motivated me to just work harder and more diligently,” he shares. “I would have been doing my internship at present but for the pandemic. However dispelling the despair and desperation I have decided to look ahead and be optimistic.”

Hard work, focus and determination, he says, have helped him in all his endeavours. Crediting his family for instilling the right values in him, he states, “I have been taught to always think positively and see the best in every situation, no matter what. My father has been my driving force and from him I have learnt that you can achieve whatever you want, provided you are armed with tremendous nerve, sheer patience, robust optimism and iron
determination.”

A quick learner, Abhishek takes inspiration from the biographies of leaders like Elon Musk and Ratan Tata. “I consider Elon Musk as my mentor, guide and philosopher as I believe that my multidisciplinary and multidimensional thinking towards academics and life in general is drawn by following him. I aspire to work with him in the near future.”

Having already worked with the Defence Research and Development Organisation (DRDO) on gas turbine engines; with IIT, Bombay on fluid structure interaction and with IIT, Kanpur on fluid dynamics; research, he says, is his domain. He is involved in various facets of pure mathematics ranging from differential geometry, probability and statistics to low dimensional topology, algebraic geometry and analysis of how this works hand in hand with mathematical physic. He adds, “Currently, I am more focused on formation of black holes and mathematical general relativity analysis.”

Coming from a mechanical engineering background, he is equally passionate about materials science, fluid dynamics with an interface in aerospace engineering. “It’s like, re-annotating, Jack of all trades and master of some,” he jokes.

About his area of interest, he says that he would like to do extensive research in the fields of fluid mechanics, especially fluid structure interaction theory, plasma physics, water wave mechanics, kinetic theory, kinetic equations and models like Boltzmann equation and fluid kinetic models.

Abhishek aspires to win the Nobel Prize (in the sciences) and the Fields Medal – often termed the Nobel for mathematicians.

Goal setting, he believes, is extremely crucial in life. “It propels you to work hard and one should set a goal that commands thoughts, liberates energy, inspires hopes, catalyses dreams and instills optimism.”

Once upon a time