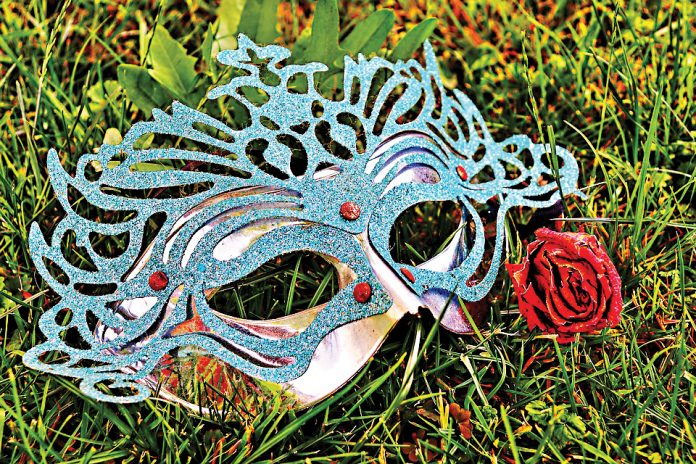 In the post-COVID world, theatre has been forced to go online in a contradiction of sorts. The theatre wallahs vacillate between creative contentment and existential crisis

The theatre’s uniqueness has been its live interaction with the audience with no ‘screen’ in between. Perhaps that is what has kept it alive over the decades despite several epitaphs having been written for it. But now, in the post-COVID world when humans are repulsing each other, the theatre artistes are grappling with a strange dilemma – to take theatre online and somehow survive or keep the sanctity of the medium intact and starve?

India is a land of tales told through art works, folklores, theatre and cinema. Yet the worst sufferers in the creative fraternity during the lockdown are the theatre artistes and technicians.

“Surviving is difficult for sure. Several smaller groups have shut down. In the surviving groups, actors and technicians are working on half the pay to just go on. Government auditoriums have cut down the prices by half. Even before the pandemic struck, the theatre-wallahs had been struggling for patronage. Now it’s worse,” says veteran theatre and film actor Rohini Hattangandi.

Arvind Gaur’s theatre group Asmita and Sohaila Kapoor were among the first ones to go online but they did free shows initially. Some groups did Facebook live, Zoom live etc. Kapoor did four English plays online for free. “But people don’t value free things so I did physical theatre workshops for children and adults and they were hugely successful. We even made profits,” Kapoor says.

Sayeed Alam also went online, but commercially. “I didn’t do it for free.” He says adding. “My plays were anyway shot on three cameras while they were staged live. So, they were in good condition to be online too.”

But when he went online, the audiences who used to come in the live shows, didn’t watch for various reasons, such as they had seen it live earlier or they would wish to see it live. “But I received a lot of international audiences through bulk bookings who wouldn’t have been otherwise able to watch my plays live,” he states.

Danish Iqbal has been very active with his dastans online, such as reading narratives on film actresses like Madhubala and Meena Kumari on Zoom and Google. He put ‘Dastan-e-Gandhi’ on YouTube and “received 100 audiences” which he feels is a good number provided Gandhi is done to death in India. “It doesn’t feel like theatre. It has helped us with international audiences though,” he says.

Meanwhile, with auditoria being partially or fully opened in phases, theatre is limping back to normal. As the government gradually lifted the bar on the occupancy in the auditoria, government bodies like NCERT and Hindi Bhawan hurriedly funded some plays. Sayeed Alam’s Pierrots Troupe staged four of its three plays at the Hindi Bhawan in Ghaziabad, namely, ‘Mohan Se Mahatma’, ‘Ghalib In New Delhi’ and ‘Akbar The Great Nahin Rahe’.

Danish Iqbal’s dastan on Mahatma Gandhi, ‘Dastan-e-Gandhi’ was performed at NCERT by Fouzia and Firoz while it was streamed live recently.

“I do only dastangoi (as a means for living). I know how difficult it has been. I felt like being in jail. I am thankful to NCERT for taking this initiative. Only 25 people were allowed and it looked like thousands to me because I have not seen audiences for a full one year,” says Fouzia, a dastango.

A section of the theatre community is also hopeful of finding newer audiences via online even as live performances are revived.

However, the future is still hazy for theatre artistes. Alam did plays on November 9, December 18 (2020), January 26 and February 18-22 in Hindi Bhawan, Ghaziabad, and the audiences were in good numbers.

“This was done by the Uttar Pradesh Government and the audience were brought by them in quite a large number in all my shows. But I don’t think it’s a trend,” he says.

Kapoor points out: “The funny thing about us Indians is that we won’t observe social distancing but we are wary of entering a closed auditorium to watch plays,”

However, Alam thinks differently. “Audience is there, artistes are not. Most of the artistes have gone back to their hometowns as no theatre was happening. Mine and many other theatre groups’ whole teams have been disintegrated. But the real theatre lovers are coming back slowly to the auditoria,” he says.

He adds that since there are alternatives to cinema (online, mobile, computers) but not to theatre, theatre lovers are bound to be back.

Rohini Hattangadi is positive. “My husband (famous theatre director late Jaydev Hattangadi) used to say that for ages we have been hearing that theatre would die, but theatre has survived and it will survive as long as human beings exist, because it is a medium of live human interaction, she says.

Amal Allana, a former chairperson of National School of Drama (NSD) and daughter of theatre doyen Ebrahim Alkazi, has some great suggestions to make to cope with the changing realities.

“It would be a good idea to use the outdoors, parks, open-air auditoriums with limited audience. Make international collaborations, particularly with theatre groups in countries like Bangladesh, Sri Lanka, Pakistan, Korea and Middle East. Use the time now for talks and discussions about new trends in theatre. We can learn a lot from other countries whose theatre in many instances is far more experimental than ours.”