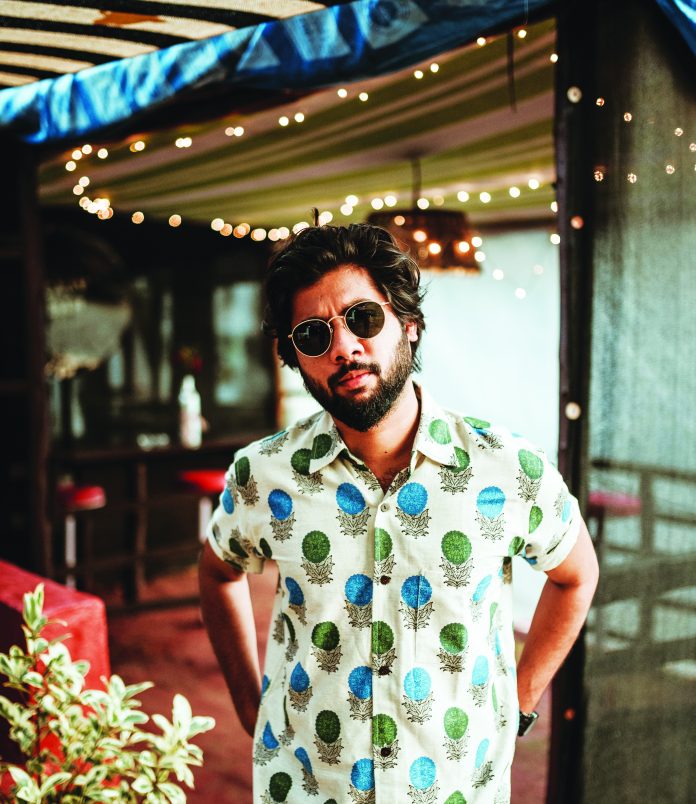 He’s been looking through the viewfinder for the last seven years. And while his work has made it to national lifestyle magazines, photographer Jovel Fernandes tells NT BUZZ that he is but a work in progress

Jovel Fernandes is a total charmer, be it with his words or with his photographs. One conversation with him and you can rest assured that he will make it a picture-perfect occasion or an outstanding fashion shoot.

This Calangute-based photographer with a hippie outlook knows what he stands for in the realm of photography and though he believes in gurus, he says: “You learn as you work. Initially I had to create a strong profile, so I would go out and shoot for free. It was when the edits were out that appreciation and bookings began coming in,” he says.

Having begun his journey in photojournalism where he enjoyed focusing on the environment, Fernandes, who goes under the brand name ‘Swanky’ (“It sounds fancy and classy”) now concentrates on weddings and fashion. “It’s about placing people in a setting/environment,” he explains.

Currently working with local fashion startups, he gets a great opportunity to showcase local Goan brands through his work. “What I am known for is my edits and it’s what takes me the most amount of time,” he says, when asked what sets him apart in a field that has so many photographers. His edits can be classified as moody and earthy for which he depends on natural light.

Of course, he says there are many more creative photographers out there in the market, but it is the editing that becomes a self preferred style and he loves skipping the vibrant and fantasy routes. And though his fashion shoots can be time consuming, it’s all about the outcome, he shrugs, adding that you’ve got to adapt to different personalities while working with models/subjects and tweak post production
methods.

Weddings give him the chance to explore and research as every couple has their ideas, and then there are some shots that are to be followed as per the thumb rule. The theme is vital to the shoot and for him discussion with clients is very important. But, it’s always creativity and spontaneity that works for Fernandes. “And in Goa, how can one run out of options when there’s greenery and architecture that surrounds us, to create perfect settings?”
he asks.

Having had his works featured in magazines like Grazia and Cosmopolitan, the last few months have been especially wonderful for him as he got to shoot several celebrities in Goa (verified on Instagram), which has got him more fame, fans, and clientele. “It began with fashion influencer and television actor, Nakuul Mehta who approached me when he came to Goa. The hype and followers he had opened doors for me,” he says. Since then he’s gone on and shot Jankee Parekh, Eisha Chopra, Saloni Chopra, Aditi Gautam, Parth Samthaan, among others. However, his wild dream shoot is to someday shoot Radhika Apte and Chris Hemsworth. “I dream big, I hope for it sincerely,” he says.