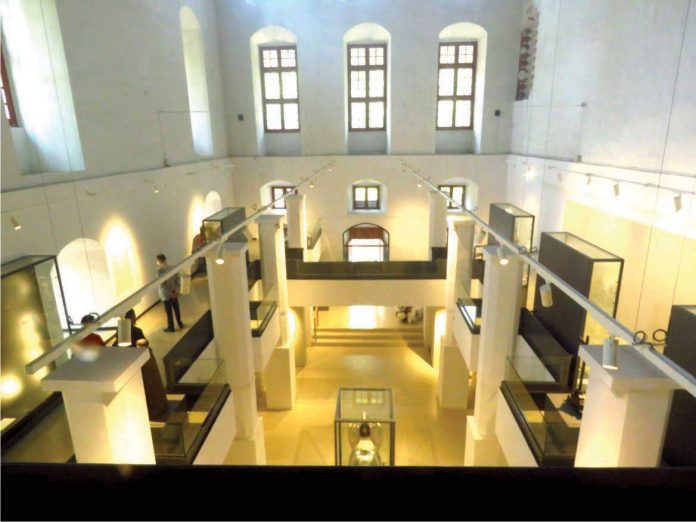 Goa is speckled with over 14 major and minor museums, whose curators and promoters have been dedicating themselves, paying a huge price of their family time. Though we have seen a few museums in the past, let me reiterate their identities here. The Goa State Museum is temporarily lying in the Adil Shah Palace or the old Secretariat at Panaji, while the Archaeological Survey of India (ASI) Museum is spread over a huge area on the ground and upper floors of the heritage building next to the St Francis of Assisi Church at Old Goa.

Goa also has other beautiful museums such as the Goa Chitra, Goa Cruti and the Goa Chakra situated at Benaulim, which are the brain-children of Victor Hugo Gomes. The Ancestral Goa (Big Foot), promoted by Maendra Alvares with active participation of his family, may be classified as an anthropological museum at Loutolim and spread over a huge hillock displaying the various occupational and other social aspects of Goa. Within this precinct are three more mini-museums – The Cross Museum displaying over 3000 crosses from all over; the Prayer Beads Museum displaying a range of prayer beads of various faiths and regions, with short write ups and the unique Left Hander’s Museum!

Just across this huge layout of cultural aspects lies the Casa Alvares which is an Indo-Portuguese house converted into a house museum, displaying the lifestyle of Goans in pre-liberation era. Another amazing similar museum at Loutolim, about a kilometre away from Big Foot, is the Casa Museum Vicente Joao de Figuereido House Museum. The most amazing feature of this house is that it was built in 1590 AD, 42 years prior to the Taj Mahal and 80 years after the Portuguese arrived on Tiswadi Island. The museum was started, post liberation, way back as a home museum by the 90+ years old Maria de Lourdes Filomena Figuereido de Albuquerque, and is presently curated by her daughter, Fatima Figuereido. A visit to this museum can leave you stunned and awed with the displays there, including a customised 60-piece porcelain dinner set made by the East Indian Company!

The third unique museum is based on the Holy Hill, at the World Heritage site in Old Goa and right next to the St Augustine Convent Ruins. Located in the St Monica Nunnery, the Museum of Christian Art or MOCA is definitely a very unique visual experience for a visitor. Initially, when established in the Rachol Seminary in South Goa, it was the only museum of its kind in Asia. Presently similar smaller museums are being established in India.

The entrance displays a quaint porch, landscaped into a sit-out and serviced by a cute outlet serving refreshments and snacks. The museum lies at the west end of the St Monica Nunnery, which at one time was surmised to be the largest nunnery in Asia.

It shares a common wall between the museum display area and the exquisite Chapel of the St Monica Nunnery. Recently renovated, this museum has a two-tiered display area, with the bottom and mezzanine area used for display of artifacts The architects have aesthetically incorporated a Viewing Gallery above the mezzanine area within the museum, offering a scintillating aerial view of the displays, as well as of the nave and altar of the St Monica Chapel and also the Weeping Cross.

What must be appreciated is that right from the entry point to the mezzanine display area of the museum it has been made a disabled-friendly museum. Not only do they provide a wheelchair, the designers have shown appreciative foresight in establishing a modern electrically operated chair – lift, on a railing, to take the people to the mezzanine. What holds your eyes as you climb to the mezzanine are the wall fixed, granite niches holding the mortal relics of the Mother Superiors of the St Monica Nunnery.

We can observe the amazing influence of Indian artistry, used in the making of various icons and items used in the ecclesiastical religious services, during the 18th and 19th century. The artifacts made in silver, gold, ivory and wood display a very high stage of experienced hands involved in making the monstrances, chalices, crowns, icons, brocaded velvet embroidered pennants, etc.

Immediately on entry into the Museum, we see an awe-inspiring silver artifact, encased in a glass cubicle. It is a huge phoenix bird made of silver plates on wood support, standing on a globe, with its chest open and hosting a monstrance. This is one of the very unique items seen in the displays, and not found anywhere else in the world.

Today sale of ivory is banned the world over under the Wildlife Acts, but we can observe the old era ivory, carved into icons and statuettes. The most obvious art observed here, is the fusion of Indian and European sculpting, especially in an idol of Baby Jesus in a cradle. The features observed are very much like infant Lord Krishna, of the Indian mythology. The museum also displays a unique art, originating from Portuguese Goa, wherein a velvet cloth embroidery displayed designs in silver and gold brocades, were found incorporated with carved pieces of ivory in places of hands, face, etc. On routine Saturdays, the museum organises heritage walks on the Holy Hill, which are a not-to-be-missed outings, especially by heritage enthusiasts. This Museum of Christian Art, must be seen to be experienced. Not only can one get good knowledge and feel pride with a visit here, but one can also carry back beautiful memories from a cute souvenir shop, within the museum. No visit to Old Goa can be complete, if one does not visit the Museum of Christian Art, and also the ASI Museum. The surrounding area has many exciting edifices with engrossing history. Go forth and visit the unexplored Goa!