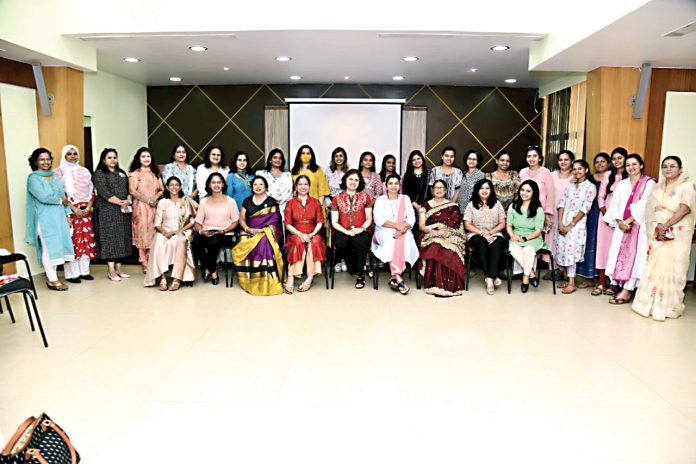 The women wing of GCCI celebrated its 15th anniversary with a meet-and-greet programme for women entrepreneurs. Members of the women wing organised a session by Manali Kamat, corporate trainer, Pune, who spoke on self image hacks and personal branding.

The session was inspiring with Kamat explaining concepts like alter ego, positive affirmations, how to have a powerful body language,  personal self image  techniques, among other topics. GCCI chairperson Pallavi Salgaocar welcomed the gathering and spoke about how women should collaborate with each other through team work and uplift each other.

Also at the program the past chairpersons of the women s wing Varsha Pai Raikar, Pratima Dhond, Manisha Naik and Jeniffer Kamat were felicitated for the work done during their respective tenures. The function was compered by women wing member Noeline Mendonsa. Co chairperson Poonam Shirsat gave the vote of thanks.

An oversight or planned execution?

RBI does not falter with its economic vaccine