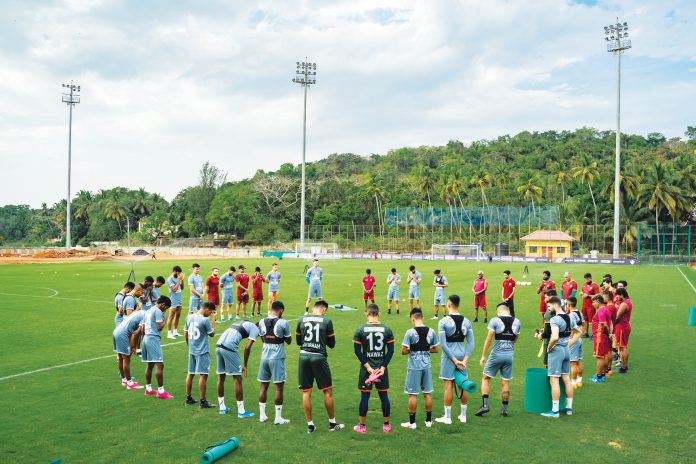 Indian football has been moving forward at a rate that we have never seen before. And the latest news that the AFC Champions League group stage is set to be held in Goa is another string in the bow for Indian football. It’s also another vote of confidence from the football community.

A few years ago, the hosting of the FIFA U17 World Cup was the first big step. And this season, the hosting of the Indian Super League despite the pandemic, making ISL the only live sporting event to be hosted in the country, was the grandest way to show that this nation is serious about football and is well capable of organising such large-scale events.

The rise in the level of infrastructure – be it the quality of stadiums, pitches, training grounds, the size of the support staff and other amenities have been eye-catching.

Hosting the AFC Champions League here in Goa and India, presents a huge value for the club and Indian football. The football lovers of India will get to witness some of the best players from across Asia. These are the kind of occasions that invoke dreams in the hearts of the children who will watch the games from up close.

The home conditions, I believe, could also be beneficial for us. Having trained in these weather conditions for so many months, I feel the FC Goa players will be better equipped to handle it. However, I don’t expect the other sides to lag
behind much.

Should not be a change in philosophy

Over the years, FC Goa has developed a philosophy of its own. We have always looked to be the aggressors and take the initiative in games. We have always been faithful to our way of playing.

The big question that will arise in the days to come as the Gaurs take on the elite of Asia is whether we can be faithful to our style or will we have to amend our approach in the face of some of arguably the toughest competitions we will face to date.

Everyone at FC Goa is clear about the way we want to play and with the help of our able foreigners, I believe we will be able to put on a show that Indians can be proud of whilst sticking to
our philosophy.

This is a brilliant opportunity for our Indian players. For many, this will be their biggest exposure yet to continental/ international football. In the years past, one of the things that had kept Indian football shackled was our lack of exposure on the international front.

The football played in the country was played at a different pace as compared to the task that lay ahead for us when we took on any of the superpowers in Asia. We have slowly but surely been taking steps to close the gap in that regard.

This will be a brilliant opportunity for our Indian contingent to brush shoulders with the best in the continent and test their abilities as well as limits.

Our youngsters will have to be at the top of their games in the tournament. However, I have faith in them. As always, the key is to enjoy these moments and play fearlessly – something easier said than done.

At the end of the day, there are just too many positives for us. The hosting of the group stages means millions will be hooked to the television screens as the best in India take on the cream of Asia.

On the technical front, this is sure to be like gold dust – the holistic experience of it all, the tournament acting as a gauge to our progress and the Indian players challenging the best in the continent. I am giddy with excitement and you should be too.