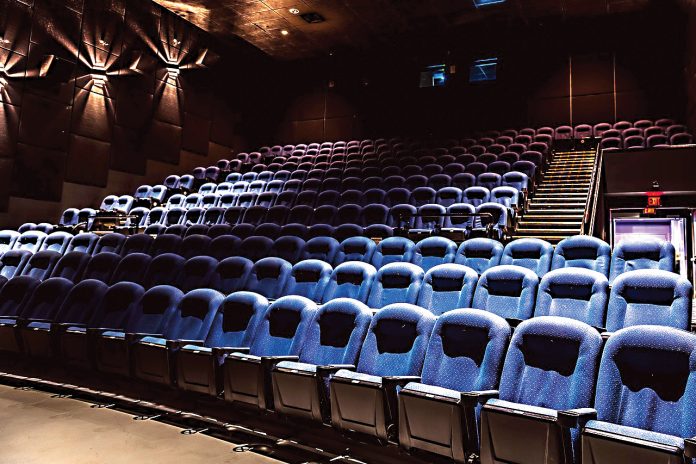 Still reeling from the pandemic lockdowns last year, the entertainment industry is now charting a new roadmap ahead as they stare yet again at an uncertain future with COVID cases climbing in the country

Relief at the business of making and exhibiting films slowly getting back to normal has given way to alarm as the country’s COVID-19 graph rises sharply, and some wary producers have decided to again postpone the theatrical release of their films.

While the release of much-anticipated titles such as Rani Mukerji-Saif Ali Khan starrer ‘Bunty Aur Babli 2’ and Amitabh Bachchan’s ‘Chehre’, which were set to land at theatres in April, have been pushed as producers tread cautiously, the question mark over Akshay Kumar’s cop drama ‘Sooryavanshi’ and Salman Khan’s ‘Radhe’ has become larger.

As uncertainty again grips the entertainment industry, the lessons are many, say industry experts as they look back at an extraordinary year in which films premiered on OTT platforms and audiences watched their biggest stars not on the big screen but on their home televisions and laptops.

So one size may not fit all and the OTT-theatre cohabitation is here to stay, they said, taking fresh stock of the learnings of 2020 and preparing for more uncertain months ahead.

“There is no one approach works for all’’. That perhaps is one of the biggest learnings,” says producer Anand Pandit, who has backed upcoming releases such as ‘Chehre’ and Abhishek Bachchan’s ‘Big Bull’.

Not just content creation, the approach to marketing content is also going to change and become platform-specific, he said.

“It has been a challenging year that has not just redefined the industry but the specifics of how to create content. The landscape of the entertainment industry has begun to understand the significance and market for myriad content pieces – no longer is one piece of content the only mantra for success,” adds Pandit.

As they fight for the survival of an industry that gives employment to lakhs of people, industry insiders say they are going ahead with the mantra that people will be back to theatres in huge numbers once things return to normal but a different approach is needed for now.

On March 24, 2020, the country went into lockdown, bringing many businesses, including entertainment, to a standstill. Theatres opened in many parts of the country in October with COVID-19 protocols and were allowed to operate at full capacity from February this year. Some states went ahead and did so, others like Maharashtra, a key market and a state seeing a worrying spike in COVID-19 cases, stuck with the 50 per cent capacity rule.

CEO PVR Pictures and president of the Multiplex Association of India, Kamal Gianchandani says that the state, a crucial centre for the Hindi cinema business, should not go into lockdown as it will slow the momentum they gained after theatres opened.

The MAI has written to Maharashtra Chief Minister Uddhav Thackeray, requesting him to not impose another lockdown.

“… I remain optimistic. I do think that government machinery and administration in districts are doing everything possible to contain the spike in cases. And my sense is they would be able to show results fairly quickly. So we remain quite optimistic that these films will release on time,” he adds.

Vinod Bhanushali, who is president of Media and Marketing, Publishing (TV) and Music and co-producer of several T-Series films,says  that one has to come back with “calculated risks”. He also expresses the hope that the ongoing vaccination drive will help ease the situation.

According to Bhanushali, OTT, which has emerged as a new market for the industry, will lead to an increase in consumption of movies while shortening the gap between theatrical releases and OTT streaming by four weeks.

“We have spent more time on developing and understanding scripts. For us, it is a bounce-back period. I see a good future of 2021 and 2022 and going forward,” says Bhanushali, adding that the banner has around 18 to 20 films in various stages of production and release.

Mumbai-based exhibitor Akshay Rathi says that the year gone by has made them rethink the business model of the whole system.

“A lot of things are going to change from content to revenue sharing ratio and business model for theatrical and OTT release window but where they land we will come to know after a few months depending on how the business pans out,” he says.

Both theatres and OTT will exist and thrive. There will be a demarkation between big-screen spectacle for theatres and intimate stories for OTT, Rathi, who owns eight theatres in Maharashtra, predicted.

“The business model hasn’t changed but it has been negotiated. Like for small films, OTT will become the bigger contributor while for tentpole films, the contribution of theatre will increase,” says the exhibitor.

Negotiations are on to bring the gap between theatrical releases and OTT releases to four weeks from the existing eight weeks time but there are no long-term solutions, he says.

“These are exceptional times and hence (we need) exceptional solutions,” he says, adding that business has been sporadic since Christmas but there were more people in theatres for ‘Mumbai Saga’.

In the south, films such as ‘Master’, starring superstars Vijay and Vijay Sethupathi, as well as ‘Crack’, featuring Ravi Teja, Shruti Haasan and Varalaxmi Sarathkumar, have done great business.

But Bollywood is yet to experience a post lockdown box office miracle.

“The last year gave the industry the bandwidth to sit down and analyse what was going wrong. Production houses now have an in-house team of writers to develop story ideas. When the industry was shut, a lot of time was invested in developing well-written scripts. The pandemic has made people realise the importance of writers,” says Mankand.