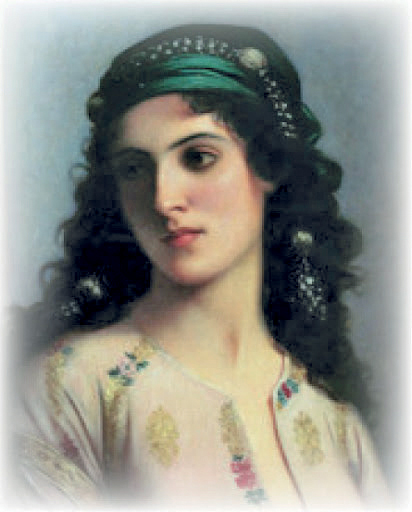 I was amused to come across an anecdote recently, wherein yesteryear Congressman Y B Chavan “who despite being a Congressman, campaigned actively for Goa’s integration in Maharashtra” in the 1960s and “referred to Goan Christians as ‘Black Portuguese’”. Goan Christians at the time were apparently, and quite understandably, enraged by the taunt. But what stung more, the word ‘black’, ‘Portuguese’,
or both?

Funnily enough, these words came up again in the oddest of contexts, in the wake of Oprah Winfrey’s widely-televised interview with Meghan Markle and her husband, Prince Harry, the Duchess and Duke of Sussex.

The couple revealed that racism within the British royal family and the press played “a large part” in the couple’s decision to leave the UK.

Markel’s marriage to Prince Harry in 2018 only fuelled the obsession with colour (or ‘blackness’) within the British royal family on account of her mixed-race background.

Many commented on the timeliness of the release of ‘Bridgerton’, the hugely popular Netflix period drama series in relation to the vitriol hurled at Markle (she was at the receiving end of 5000 racist and abusive tweets in just two months in 2019) merely on account of her colour, raising “pointed questions on who we [British society] want
to be now.”

The show “ignited discussion about British Royals’ possible African ancestry”, in highlighting the rumoured “blackness” of Queen Charlotte (1744-1818), consort of King George III (unfortunately better remembered today for the mental illness that consumed him in his final years), although she is not a character in historical romance author Julia Quinn’s novels that the ‘Bridgerton’ series is based on.

Its creator Chris Van Dusen was inspired by historical debate over the 1940s African ancestry myth of Charlotte of Mecklenburg-Strelitz “…to base the show in an alternative history in which Queen Charlotte’s mixed-race heritage was not only well-established but was transformative for Black people and other people of colour in England.”

In my years working in obstetrics and gynaecology in London, we often had to go to training sessions at Queen Charlotte’s and Chelsea hospital – a maternity, women’s and neonatal care hospital down the road from Hammersmith Hospital where I worked and resided for a year. At the time, one was too absorbed in clinical work to bother about the monarchs whose names adorned public institutions. But it turns out that in 1809, Queen Charlotte founded the General Lying-in Hospital, a hospital for expectant mothers, which today bears her name. George III and Charlotte were keen music-lovers; both played harpsichord and he the flute as well. Both admired the music of Handel. The queen had Johann Christian Bach, (eleventh son of the great Johann Sebastian) as her music-master. In 1764, Wolfgang Amadeus Mozart (1756-1791) dazzled their royal court with his prodigious skill at the keyboard, and accompanied Queen Charlotte as she sang an aria. His six Opus 3 sonatas are dedicated to her.

Also an amateur botanist, the South African crane flower or Bird of Paradise is named ‘Streitlizia reginae’ after her.

Of the couple’s 15 children, thirteen survived, among them two future kings (George IV and William IV) and Prince Edward, father of Queen Victoria.

For all that, suspicion over her supposed ‘African’ ancestry would persist during and after her life. A 1761 portrait of her by Scottish portrait-painter Alan Ramsay led Jamaican-American writer Joel Augustus Rogers (1880-1966) to conclude in his book ‘Sex and Race, volume I’ (1940) that she must have had a “Negro strain” based on his observations of her “broad nostrils and heavy lips”. Rogers also quotes her contemporary, the man of letters Horace Walpole, as having described her “nostrils spreading too wide; mouth has the same fault.” Another contemporary, Baron Stockmar said that Queen Charlotte had a “mullato face” as a baby (never mind that he had never actually met her until two years before her death). Despite the flimsiness and pettiness of these ‘observations’, the rumour mill hasn’t ceased.

This is where the Portuguese angle comes in. Charlotte’s alleged ‘African’ ancestor was thought to be Madragana ben Aloandro(c 1230- ) of Faro, Algarve, mistress to Portuguese King Afonso III (1210-1279), possibly “given to him” as a spoil of war when he ended the so-called ‘Reconquista’ by taking Faro in 1249; she would have been nineteen at the time. She bore him two children, (one of them a daughter named Urraca!). When the king’s “passion for her faded” around 1260, she was married off to one Fernão Rei, possibly a knight.

She has been romanticised and today is part of the tourist trail in Faro: you can take a guided tour of the city with someone dressed as Madragana.

Not surprisingly, just as with Queen Charlotte in England, Madragana was the subject of much conjecture in Portugal regarding her ethnicity, with chronicler Duarte Nunes de Leão claiming she was a ‘Moor’ (Moura, referring to ‘north-western African Muslim people of mixed Berber and Arab descent”) and António Caetano de Sousa disputing it two
centuries later.

Most historians believe Madragana was Mozarab (Iberian Christians who lived under Muslim rule in Al-Andalus following the conquest of the Christian Visigothic Kingdom by the Umayyad Caliphate) and therefore not African. Even if she were, they continue, she would have been Berber, not sub-Saharan (to whom the description ‘Negroid’ usually has been applied, although a pejorative term today). In any case, fifteen generations separated the two women, so any genetic inheritance is unlikely to have been noticeable.

In the elaborate ‘line of descent’ connecting Charlotte to Madragana, another woman’s name is prominently displayed almost at the midpoint: Margarita de Castro e Sousa (c 1440?) of the ‘elder and nobler’ Sousa family of Portugal. From that family, Martim Afonso de Sousa (c 1500 –1564) is known to us as Governor of Estado da Índia (1542-1545) and for the acquisition of Diu (1535). Curiously, no observations of a ‘Negroid strain’ have been made about his appearance in several excellent portraits of him. Perhaps its phenotypic manifestation skipped his generation?

Furthermore, if one believes Wikipedia, which asserts that “there isn’t a single noble man (or woman) in Portugal that does not have the blood of the Sousas,” it follows therefore that they all inherit the ‘blood’ of Margarita de Castro e Sousa, and through her, the ‘blood’ of Madragana.

Doesn’t all this seem ridiculous? What’s the fuss about, anyway? So what if there is black or any non-white ancestry in the bloodline of a European royal family, whether British or Portuguese? Is it because they are traditionally seen as ‘white’ bastions, notoriously fastidious about marriage alliances, and so a deviation from the norm, (a ‘non-white’ partner), is therefore viewed as scandalous? Or is it a combined phobia, one of colour as well as Islamophobia?

This speculation over ‘dilution’ of blood over generations, as if African genetic contribution were some sort of contaminant that needed ‘purifying’, discussed with such seriousness by scholars, reeks of racism. That it should even be an issue proves how difficult it is to eradicate prejudice.