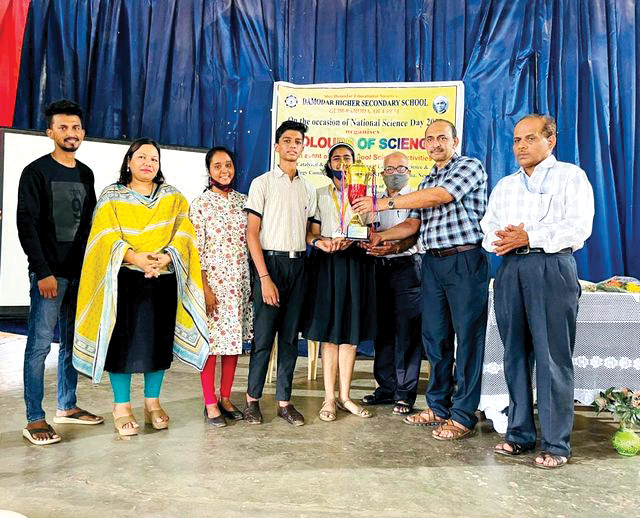 Various competitions based on the science related theme were organised as part of this festival. Himaja Hegde Desai and Dhruv Bhusannavar won the first and second place respectively in the science project competition.

Chairman of school managing committee, Prashant Naik and president of Konkani Bhasha Mandal, Anwesha Singbal have congratulated the winners for their participation in the event achievement in spite pandemic situation.