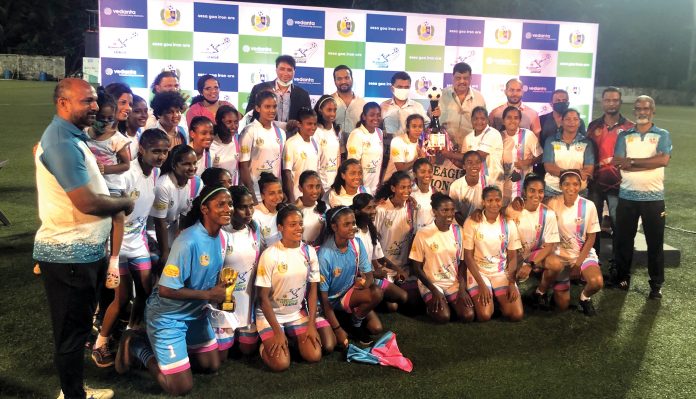 Speaking at the closing ceremony Chief Guest Dr. Pramod Sawant, Chief Minister of Goa said, “This is an excellent platform developed by Vedanta in collaboration with GFA to help aspiring women Footballers across the Goa. I urge all the players to take maximum benefit from this opportunity and excel further to achieve greater heights in football. I congratulate the winners Sirvodem SC, runners up FC Goa and all other participants of the league and hope to see many more talented women footballers from Goa shine at national and international platforms in near future”.

Churchill Alemao, President, Goa Football Association said, “Vedanta Women’s Football League is an important initiative by Vedanta in collaboration with GFA for the upliftment of women football in the state. I am extremely happy that the star player of the tournament Karishma Shirvoikar shall be representing the Indian national team. I am sure going forward this tournament will be instrumental in helping more and more women footballers from Goa to fulfill their dreams to play for the national team and at the prestigious international platforms too.”

Churchill Alemao also requested Vedanta to help the Goan football community and also help the top goan players by renovating the Duler Stadium. “I request Vedanta group to help GFA by renovating the Duler Stadium by relaying of the artificial turf at the stadium once the mining resumes in the State,” added Churchill Alemao who also thanked the CM for giving 50 lakhs and urged him to also help the association by releasing the pending amount of Rs 50 lakhs as assured earlier.