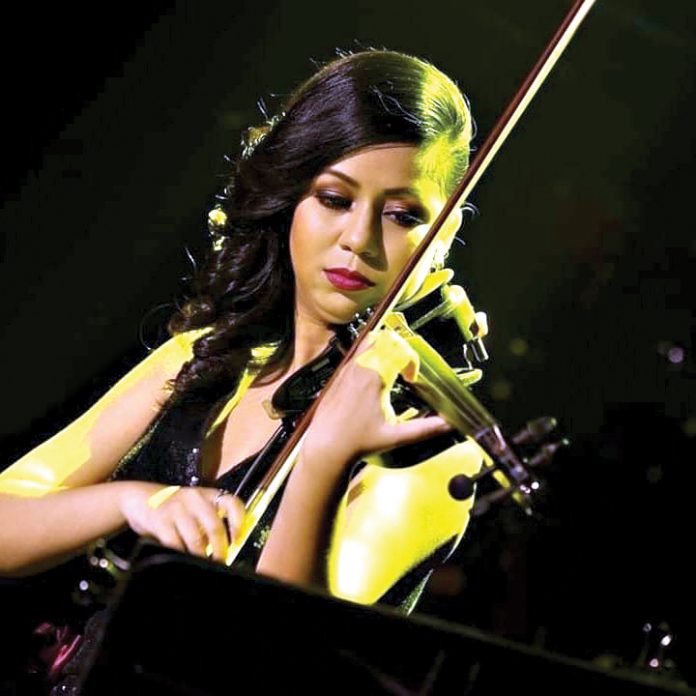 The Ketevan Sacred Music Festival is back in a new avatar. The first-ever fully online edition of the festival will be streamed live on April 6, 7, and 8

At a time when chaos and division seem to be the order of the day, the Ketevan Sacred Music Festival will attempt to bring the world together in harmony with its first-ever virtual edition that will be streamed live on April 6, 7, and 8 at 7 p.m.

In its sixth year now, the Ketevan Music Festival has, since inception, endeavoured to celebrate inter-religious coexistence by putting together soulful sacred music programmes from various spiritual traditions across the globe. In fact, the festival’s name is inspired by St Ketevan, Queen of Georgia whose relics were found within the ruins of the St Augustine Convent in Old Goa – the festival’s headquarters. “St Ketevan’s life was a journey through cultures and religions and so we named the festival after her,” explains co-founder and artistic director of the Ketevan Sacred Music Festival, Santiago Lusardi Girelli, adding that the festival began in 2015 as a space to foster dialogue among different cultures and faiths through music.

Like every year, the three-day festival will offer a line-up of concerts, talks and interviews – albeit virtually – shot in different heritage monuments in eight countries, namely, India, the USA, the UK, Portugal, Japan, Georgia, Argentina, Australia, and more than 10 cities, including Old Goa, Boston, London, Los Angeles, Lisbon, Liverpool, Varanasi, Tokyo, Sydney, and Tbilisi. There are over 100 participants and 16 collaborations and the productions were specially recorded and produced by the Ketevan Festival. There will be concerts by the monks of the Tibetan monastery of Drepung, Dhrupad chants from noted classical singers, Orthodox chants at the Caucasus Mountains, Portuguese ancient sacred music live from the site of Quinta da Regaleira (Lisbon), plus original music written especially for this edition and performed at Arboretum Harvard University and also at Old Goa here, among others.

As the host and resident artist’s collective, the Goa University Choir under the baton of maestro Girelli has recorded three pieces. Written by Girelli who also holds the visiting research professor position under the Anthony Gonsalves Western Music Chair of the Goa University, the first piece, the ‘Big Ocean Cantata’, is dedicated to the Dalai Lama on his visit to Goa in December 2019. “We originally performed the piece for him in the Kala Academy in 2019. The recording for the festival is a revised version which I upgraded in 2020,” he adds.

The second world premiere piece is a collaboration with awarded Dhrupad singer Pandit Ritwik Sanyal. “It’s a piece based on the prayer of peace by St Francis of Assisi. It combines Sanskrit, Dhrupad chants, choral and Latin words. We recorded it in St Anthony’s Chapel in Old Goa,” he shares. And the third world premiere piece, the ‘Vox Clamantis Cantata’, also written by Girelli last year, is dedicated to the French monk Charles de Foucald. “He was a monk who lived during the late 19th and early 20th century. He was part of the French Royal Family and he left everything behind to become a hermit monk in the Sahara Desert. He lived for 20-25 years as a hermit monk in the middle of nowhere only interacting with Muslim tribes. He created the concept of universal brotherhood and in turn sowed the seeds for interreligious or interfaith dialogue in the 20th century.”

In the past, Ketevan Festival has hosted more than 300 artistes from over 25 countries. Last year however, owing to the nationwide lockdown, Girelli reveals that the festival was cancelled on the day it was supposed to start. But with in-person performances off the cards, right from March 2020, Girelli along with the Goa University Choir began organising online programmes. “We recorded ‘Amazing Grace’ with Grammy winner Judy Collins from New York for Warner Music, did a project on Mahatma Gandhi titled ‘My Life is My Message’, and some projects in collaboration with Europe.” In 2020, he adds, the group got used to working online. “We were holding rehearsals online and then meeting in very small groups. For the upcoming festival, the recordings were done individually from home and then some parts together. The shooting, too, was done together. But it was a difficult situation because singing online is definitely not the same and not comfortable at all,” he says, adding that it was definitely a learning experience.

As one of India’s premier international interreligious sacred choral and traditional music festivals, the Ketevan Sacred Music Festival is noted for its high standards and eclectic wide-ranging programmes. “In these times of social distance, uncertain future, and crisis, it is essential to rediscover the value and richness of the sacred, the incorruptible, the eternal. This is where our festival seeks to recreate that atmosphere where the sacredness of sound leads us to discover and distinguish the perishable of the eternal, and makes us discover that eternity habitats in our own voice,” says Girelli.

The concerts and other videos, interviews, and performances from the city of Old Goa and other cities from across the world will be available for viewing on the festival’s website and on the YouTube channel of the Ketevan Sacred Music Festival.