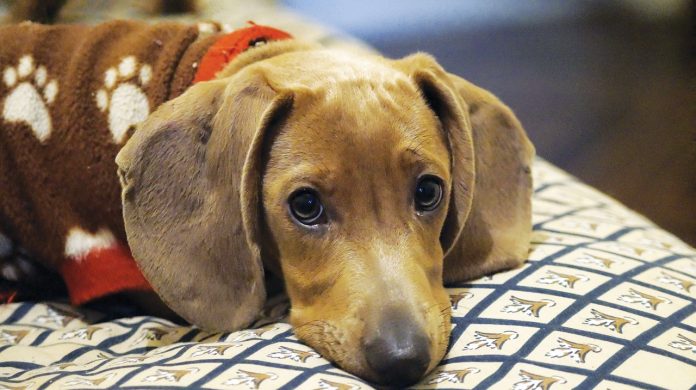 India is in the throes of a terrible viral epidemic. Much worse than the bird flu, much worse than swine flu. It has 91 per cent mortality and, while it is mainly dogs, it can spread to cats of all kinds as well and God knows which other animals. The killer is the deadly Canine Parvo Virus (CPV).

Outbreaks have been reported from all over India. Thousands of pups have died. My own People For Animals shelters have several thousand cases admitted. Shelters from Mangalore to Siliguri have shut down and refused to admit normal accident cases as they are full of parvo afflicted, dying, animals. Each shelter is a war zone with makeshift drip stands, or volunteers patiently holding IV fluids while they go slowly into small dying bodies.

Government refuses to even acknowledge this viral epidemic. While they were quick to strangle and burn millions of birds during the bird flu epidemic, because they thought it would affect humans, they have completely ignored the Parvo Virus one – probably because they think it will not affect humans.

So, government refuses to give vaccines to poor people and to street animals, and government hospitals do not treat parvo cases because they say they do not have the budget for drips and antibiotics. 80 per cent of all Indian vets are employed by the government and they sit idly in government clinics which open at 10 a.m. and close at 2 p.m. – while lakhs of animals fall dead, untreated. If you ask the same vets to go and strangle chickens they will happily do so.

There are two prominent strains of the canine parvovirus (CPV-2a and CPV-2b) from the genus family of Parvoviridae. It spreads through infected faeces, vomit, blood, touch, surfaces, clothing etc. Shelters, kennels, clinics, public parks are prime locations where the virus lurks. Its favourite victim is the young pup, but unvaccinated dogs in general are vulnerable. Undetected or diagnosed at a later stage, it is almost always fatal within 48 – 72 hours.

There is a silent massacre going on, but government municipalities, health authorities, animal husbandry departments in every state refuse to respond with either short or long term measures. In one district only – Uttar Dinajpur – one parvo vaccination camp was held after the government dispensary received 342 cases in a week with 100 per cent mortality, as there were no drip stands or IV fluids available! Across the country, veterinary government clinics are unable to handle even this basic treatment, for lack of supplies, infrastructure, manpower and, sometimes, even basic facilities such as water supply and electricity.

Dissemination of mass public messages, to spread awareness about the disease, should have been undertaken. While we have any amount of information – and a lot of it is total rubbish – being spread about bird flu, the government is completely silent about this deadly virus – which may also prove to be zoonotic in time.

There is absolutely no government policy in any state for mandatory vaccination of all dogs for CPV. In contrast, there exists a mandate for vaccination of dogs against rabies under the Animal Birth Control (Dogs) Rules, 2001 promulgated under The Prevention of Cruelty to Animals Act, 1960. Protocols under the ABC Program make it mandatory to vaccinate sterilised dogs against rabies before releasing them. This is also the reason as to why the rabies vaccine for both human and animal consumption is subsidised by the government. The CPV vaccine is 14 times more costly than the anti rabies vaccine, but both the diseases are deadly. In spite of the epidemic that is raging throughout India, CPV is a disease that has been omitted from government budgets entirely.

But it has lethal ramifications on wildlife conservation. The mass die-off of lions, at Serengeti National Park in Tanzania in 1994, was attributed to CPV and its equally potent cousin, the Canine Distemper Virus (CDV). In 2018, Asiatic Lions at Gir National Park were afflicted by both CPV and CDV, leading to the loss of irreplaceable Protected Schedule I Animals, and shrinking their gene pool even more. Dwindling habitats and the blurring of boundaries, between urban areas and forest land, have brought wild animals in increasing proximity to domesticated and free ranging dog populations.

The National Tiger Conservation Authority has asked for a sterilisation program for dogs around tiger reserves. It states the creation of ‘immunisation buffers’ in buffer zones of the reserve, and encompasses vaccination against canine distemper along with rabies. Canine Parvo Virus is not included within its ambit. But even their original demand has not been complied with.

The vaccines are effective and immunoglobulin serum (given to CPV-afflicted animals at the time of treatment) can help fight the virus. But vaccination interventions have their own set of challenges. Maintenance of cold chain supply and storage, especially during transportation, is always inadequate. The parvo virus mutates regularly, and vaccine makers often cheat in supplying old strains. So the vaccination is a mismatch between outbreak strain of CPV and the vaccine strain. Viral strains used in vaccines are not disclosed by manufacturers. The relevance of a comprehensive vaccination policy must be based on adequately addressing these challenges.

Efforts to vaccinate street and community dogs in India are largely dependent upon the goodwill of volunteers feeding animals or on non-profit animal welfare organisations. Vaccination drives against CPV, funded by the Government (Veterinary Department/ Animal Husbandry Department/ Municipal Administration) would pave the way for ensuring a healthy dog population.

A compelling case may be derived from the One Health Approach – a policy that recognises the interconnectedness between public health, animal health, and ecosystem health of our shared environment. The approach has been endorsed by the One Health Platform Initiative, represented by leading experts from Who Health Organisation (WHO), United Nations Food and Agricultural Organisation (UNFAO), United States Centre For Disease Control & Prevention (CDC) and World Organisation for Animal Welfare (OIE).

The time has come when the world is going to lurch from one viral epidemic to another. It is time for the government to plan sensibly on how it is going to deal with each virus. In the meantime, can we please have some state dealing with
this one?