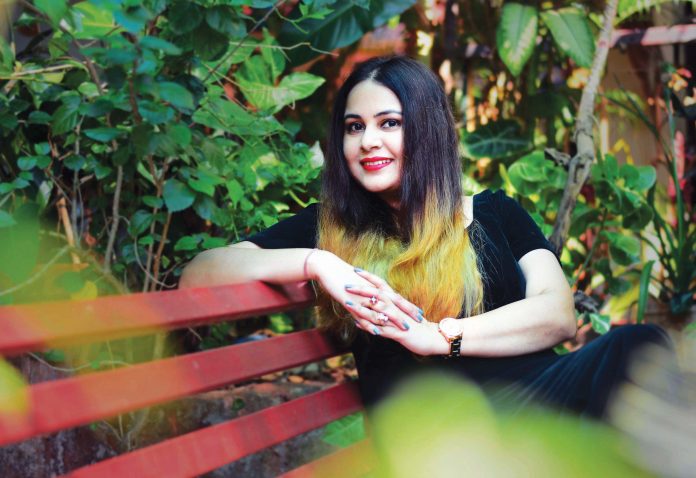 Goan authors Venita Coelho and Sampada Kunkoliekar recently won Sahitya Akademi Awards for their works. R S Bhaskar from Kochi also  won the award for his book of poems written in Konkani.
NT BUZZ gets in touch with them

Writers Venita Coelho and Sampada Kunkoliekar were among the winners of the recently announced Sahitya Akademi Awards for 2020.

The three have made Goa and the literary world feel proud of them and their works.

Well known for her children’s books and televisions scripts, Venita Coelho who won the Bal Sahitya Award for her book ‘Dead as a Doddo’ tells us that this award is “different”. “It made people sit up and pay attention,” she says, adding that from old school friends, to teachers, to relatives around the world, to random strangers, she was enveloped in a flood of celebration!

‘Dead as a Doddo’, is part of a trilogy that takes a look at sentient beings and animal rights, in a fun way. It’s an animal James Bond, complete with gadgets and fight sequences! A boy, a tiger, and a monkey are trained, equipped with fancy gadgets, and sent out to -’Save the animals! Save the world!’

In the book, the last living dodo is suddenly discovered and it’s a race against time to get it to safety and away from poachers, unscrupulous internet millionaires, and crooked geneticists. Along the way, the author says: “You get to learn a whole lot about extinction and who exactly is causing the very worst of them. Hint – look in the mirror.”

A two-time recipient of The Hindu Goodreads Award for Best Fiction for children, Coelho has always taken her job seriously. “Authors who write for children already feel their responsibility keenly! We shape the dreams, the imagination, the ethics of our children through our stories,” she says, adding that writing for children is one of the least celebrated or regarded spaces in literature. And thus, for her, this award feels like a validation not just for her, but for the whole tribe. “More power to those who seek to be forever young!” says Coelho, who is now working on a book for adults that takes Indian myths and reworks them in an urban contemporary version. “It is to Indian mythology I turned to find solace in these strange and unsettled times and found myself rethinking traditional myths in today’s world,” she says.

Sampada Kunkoliekar began writing in 2009, and since then has gone on to publish 11 books, five in Konkani, three in Marathi, and five in English.

And while awards are always special, Kunkoliekar says this one is extra special and means a lot, especially for a Konkani writer. “Our older generation has struggled a lot for us. From the Opinion Poll, to making Konkani Goa’s official language, and then for recognition from Sahitya Akademi for Konkani to be included in the Eight Schedule of the Constitution, we owe them a lot,” says Kunkoliekar. So while she enjoys her success, she is deeply grateful to all those who have worked for the betterment of the Konkani language.

And according to her there is a treasure of knowledge and philosophy in Sanskrit that she really wants to translate into Konkani with interpretation. “I am currently doing research on Indian philosophy and plan to translate as much as I can in our mother tongue,” says Kunkoliekar.

For R S Bhaskar from Kochi, Kerala who won the Sahitya Akademi Award for his collection of poems in Konkani, ‘Yugparivartanacho Yatri’, it is better late than never to have been selected for the award. “I was really surprised to have won the award. However, I had thought that I would win this award twice before a long time ago. So, now this will be a crown for me at this age of 74, a consideration for dedicated service to my mother language and above all acceptance of my merit,” he says, adding that rewards for work are secondary, what matters more is recognition of that work.

Having written 10 poetry books, educational ones and a lot of book translations, Bhaskar maintains that his work has always been based on enriching language by writing with quality literature. “I translated my works into Hindi and English too so that more people can learn about my language” he says.

His book of poems ‘Yugaparivartanacho Yatri’ (‘Traveller of the transforming times’) is his sixth collection of poems published in 2013 that contains 56 poems including the title poem. Head of the Department of Konkani, Goa University, Priyadarshini Tadkodkar has written the evaluated preface for the book.

“The title poem narrates the hurdles that a traveller has to overcome. His dream is to reach the land of his dream where he can hear no sound of guns and never see the river which has blood flowing,” explains Bhaskar.

‘Another poem ‘Kashmirantalya Mhaja Bhava’ (‘Oh! my brother from Kashmir’) is of international importance. This poem has been selected to be included alongside poems in 23 Indian languages for the audio visual film ‘Kashmir in Indian Poetry’ to be produced by Ministry of External Affairs, along with Sahitya Akademi.

And the writer wants to be as creative as possible in his writing and hopes to expand his circle by fostering ties with writers from outside his territory so that his language will
be benefitted.