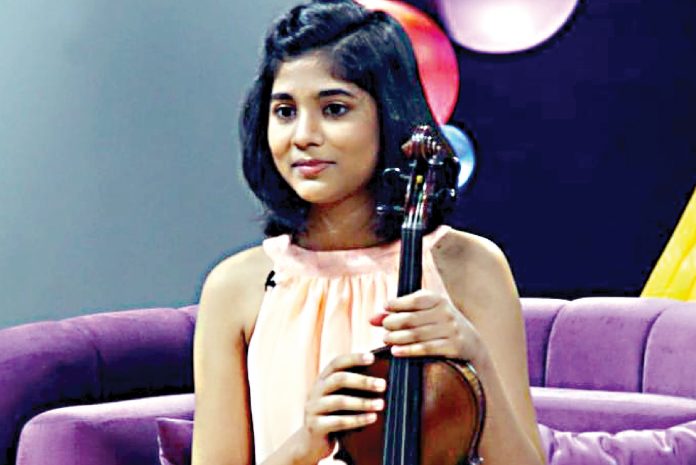 Goa’s violin player, Anthea Dias is all set to perform at the Winners’ Recital to be held at the Carnegie Hall in New York later in the year. NT KURIOCITY speaks to Dias for more details

Fifteen-year-old violin player, Anthea Dias is making the state and India proud with her achievements as she is set to perform at the Winners’ Recital to be held on July 10 at the Carnegie Hall in New York.

The opportunity came about after she took part in an international violin competition which was conducted by Progressive Musicians’ and won the second place. The prize for this competition was an invite to perform at the at the Winners’ Recital to be held at the Carnegie Hall in New York. “Getting an opportunity to perform at Carnegie Hall is really huge and I am super excited to perform there and represent my state and country. My sir Winston Collaco and I have decided to perform the Bruch’s Violin Concerto,” says Dias who lives in Margao.

And having given 18 solo performances and 20 orchestral performances all over India, this will be the first time that Dias will be performing for an international audience. “For me every performance I have played so far has always been special and memorable but yes, performing at Carnegie Hall will always be different,” she says.

A known face in the music world in Goa today, Dias recalls that she first began showing interest in the violin when she was around two years old. In fact, she repeatedly told her mother that she wanted to learn only the violin. Finally at the age of six, she started attending classes with Winston Collaco who is her teacher till date.

Today, she can play complex arrangements such as Zigeurnerweisen (Gypsy Airs) Op 20 by Pablo de Sarasate, etc and practices for over four-five hours every day.

Further, she is also the winner of All India Talent Hunt contest in the violin category and she is one of the top five in India. “I have been invited to perform at the Grand Finale but the date and venue have not been out due to COVID-19,” she says, adding that she also won the first place at the All Goa Talent Search Competition in 2016. And about two years ago she was invited to perform at the National Centre for the Performing Arts (NCPA), Mumbai.

But one of her big highlights in her musical career she says was to be selected as the BYJU’S Young Genius, a show that celebrates child prodigies. At the show, she was privileged to meet Indian classical dancer, choreographer, actress, writer, and social activist known for her promotion of the arts as a vehicle for social change, Mallika Sarabhai.

“BYJU’S Young Genius selected 20 children from all over India who have excelled in various fields and I am very happy and privileged to be one among them. So the whole process was held in two parts. In the first part, a team from Mumbai came to Goa to shoot a back story and a day in my life with regards to the violin, right from me practising at home, going to sir’s house for my violin classes and also spending some time with my family. For the second part I had to go to Mumbai to do a studio shoot for the episode that was telecasted on News18 Network on March 20, 2021. I am grateful for them for selecting me among the top 20,” says Dias.

The whole experience, she says, has been an exciting and memorable one. In the future, the youngster wants to pursue a career in music. She aims to study in top colleges all over the world and teach a lot of students.