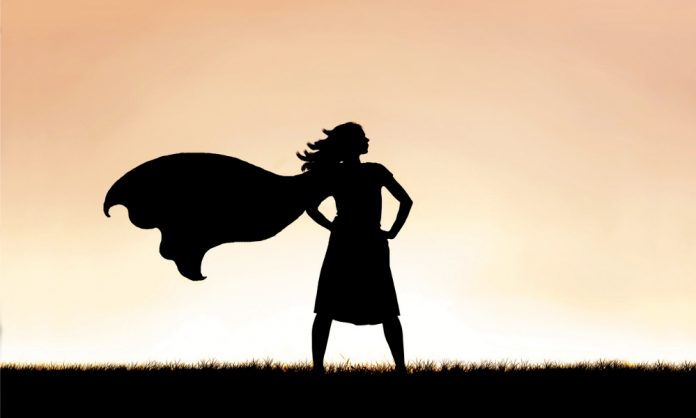 Even as it underscored the importance of women in public life, a recent report by the United Nations grimly noted that women worldwide are under-represented at all levels of the decision-making process. The trail-blazing Beijing Women’s Conference of 1995 had charted out specific goals to empower women in politics, but facts prove that most nations are far from achieving those ambitious targets.

Women serve as Heads of State or Government in only 21 countries, and 119 countries have never had a woman leader at the helm. At this rate, the UN documents, parity in politics will not be possible for another 130 years. Barely 21 per cent of government ministers are women, and only 14 countries have cabinets comprising 50 per cent of the female gender. Drawing from these statistics, which point to a disturbing annual increase of barely half a percentage point, the UN concludes that gender impartiality at the ministerial level will not be possible before 2077. A long way to go indeed!

Sadly, most cabinet portfolios in the hands of women are considered lightweight:  Family and children; Social concerns; Women’s Affairs; Employment and vocational training. Women do not hold sway in the “crucial” posts, such as Defence, Finance, Foreign Affairs and Home. Could it be that most leaders do not believe women are capable of handling them? The words of the late Gabriel García Márquez, Nobel prize winner in Literature, should help them revise their rigid stance. The Colombian author once told me that he dearly wished that “women would run all governments because that would eliminate war forever. Anyone who has given birth cannot, and will not, permit life to be snuffed out so easily through combat,” he remarked.

Things improve slightly when we move into the legislative sphere.  Twenty-five per cent of all politicians are women, up from 11 per cent since the Beijing conference. But women comprise 50 per cent or more in the national assemblies of only four countries: Rwanda with 61 per cent, Cuba and Bolivia at 53 per cent, and the United Arab Emirates at 50 per cent. Nineteen nations have surpassed 40 per cent, thanks in part to gender allocations—candidate quotas and reserved seats—opening up space for women in national parliaments. Globally, there are 27 nations in which women account for less than 10 per cent of parliamentarians, and there are some countries with no women included at all. At this rate of progress, gender uniformity in national legislative bodies will not be achieved before 2063, posits the United Nations.

Analysts have pointed to solid evidence that the presence of women in political decision-making improves the quality of projects. For example, research on panchayats in India discovered that the number of drinking water schemes in areas with women-led groups was 62 per cent higher when compared with those led by men. In Norway, a direct causal relationship between the presence of women in municipal councils and child-care coverage has been proven. Women work competently  by cutting across party lines through women’s caucuses—even in the most politically combative environments—and champion important  issues, such as the elimination of gender-based violence, parental leave and childcare, pensions, gender-equality laws, and electoral reforms.

The year began on a positive note when President Joe Biden announced his new administration: his cabinet will be more representative of the USA than any other in history. (The first Native American and the first Puerto Rican have been named cabinet secretaries). Biden’s cabinet is far more diverse than the one effected by Barack Obama, who tried hard to reflect American society, but fell short with seven women to 16 men, and just one black cabinet member. Since 1933, only eleven US presidents have named women to cabinet-level
positions.

The new American President has guaranteed that 61 per cent of the White House appointees will be women and 54 per cent will be people of colour—prioritising diversity of ideology and background. It will foster talent, not friends and relatives, to address the country’s most pressing challenges. Besides, almost 20 per cent of Biden’s appointees are first-generation Americans and 40 per cent of White House senior staff have children at home: helping them to relate easily to critical family-oriented issues facing the nation.

Pope Francis has also broken with tradition by appointing a woman, Nathalie Becquart, as one of the two undersecretaries of the Synod of Bishops. She is the first woman to hold the post with full voting rights in a council that studies major questions of Catholic doctrine.

India has shown considerable progress in integrating women into government. With every election, more women MPs are being included, although as of today only 78 women MPs have been elected to parliament out of the 700-plus female candidates fielded for the 2019 general elections. Most of these women come from the preferred political class, but several independent candidates from the marginalised strata have won seats. More important, women have been designated to important cabinet posts in the government of Prime Minister Modi: Defence, Finance, Foreign Affairs. A noteworthy achievement indeed!

As always, much more progress is of the essence in a country which suffers from a troubling  gender inequality at all levels, thanks to an entrenched  caste system, intertwined with  social and cultural norms which are out of sync with a modern and developed society. Daily press reports point to increasing instances of domestic violence, rape and sexual harassment, thus helping to build national awareness of the plight of Indian women. Mounting pressure from a variety of women’s groups, which have mushroomed all over, will further enhance the concept of “From women, By women and For women.”  Women should no longer be ladies-in-waiting. They should demand and attain
centre stage.