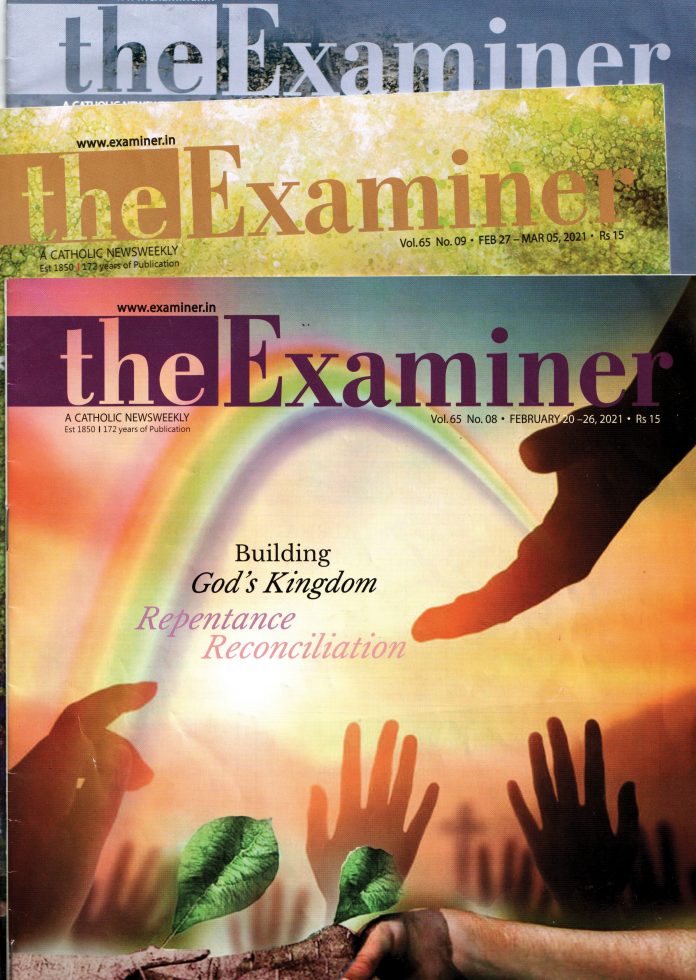 The Covid pandemic, and lockdowns that were imposed along with it, has hit the media hard. Among those impacted have been the magazines, besides daily newspapers, of course. Slowly, things seem to be getting back to some form of normal, yet the impact of the magazines can still be visible.

Locally, the Goa Today, the oldest mainstream monthly published here since 1966, missed a few of its issues. Business Goa, the newer product launched by Harshvardhan Bhatkuley and Rajiv D’Silva, stuck it out despite the dislocations faced in printing and distribution.

Goa has itself been home to many periodicals, most short-lived and a few that have sustained over decades, as commented by the late scholar-librarian Henry Scholberg. The small village of Bastora printed and published music books, magazines and almanacs.

Children’s magazines were started, run and found difficult to sustain. By some accident, while at the then-active Ataide Mapusa municipal library, I stumbled across old issues of The Goan World, going back to the 1930s. It tried even in those times to link developments across the Goan diaspora.

Konkani has had its own literary magazines. The Brazilian researcher Ana Cristin Kerbauy saw it apt to compare the Portuguese-language literary magazines, the Ilustração Goana (1864-1866) from Goa and the Minerva Brasiliense (1843-1845) of Brazil.

Among the unusual examples of Goan magazines is the Konkani religious monthly Dor Mhoineachi Rotti. It was started among the diaspora community in Karachi, before shifting to Bombay and then finally finding its base in Goa.

Renewal is the magazine of the Church in Goa. It is formally called Renewal, Novornni and Renovacao, thus having its masthead in as many as three languages, reflecting the multilingual society we live in. It is published fortnightly, but unless you’re a priest or a nun, a part of a Catholic institution or somehow subscribe to it, you are unlikely to have come across it.

On the other hand, the also by-subscription-only mag, The Examiner (examiner.in) calls itself a “Catholic newsweekly” and comes from Bombay. It is run by a Trust especially set up for the purpose and is 171 years old. In some ways, it is a good example of a community-run publication.

Obviously hit hard during the pandemic, The Examiner is only now making a comeback, over the last three or so weeks. For a long time, it had shifted its operations entirely to digital, which, of course, is not quite the same as paper.

The magazine, comes in the usual 27cm x 21cm size, currently has limited 26-page editions, which is slimmer than its usual 40-odd pages usual. Its Christmas edition is usually a bumper one, packed with adverts at that time of the seasonal calendar.

What makes The Examiner stand out is that, while it is a religious magazine, it also takes care to ensure that it attracts a wider readership. It has an interesting mix of religious and community news, while its advertisements bring in both the money and allow for making it further readable.

Once, during a visit to Mumbai, curiosity took one to visit their modest offices. It was some years ago and had been temporarily shifted out of the permanent Eucharistic Congress Building on Convent Street. A pleasant surprise it was to see fairly well-oiled machinery looking after advertising and editorial, with perhaps greater emphasis on the former. Publications, even if religious, need to sustain themselves after all and money makes the world go round at least to attain viability.

The magazine has its own editorial board (priests and volunteers, I guess), an art director, someone looking after its electronic media section and an advertising in-charge.

Mumbai-based Fr Anthony Charanghat has been its editor for a long stint now.  Prior to that, Fr Benny Aguiar was the editor for a marathon 31 years. This has led the latter East Indian priest to get called in the media “a distance runner in the fields of journalism and history”. The latter was his passion too.

The story of how The Examiner was founded is interesting in itself. Narration on the publication’s current website: explains how it was meant to compete with “two Irish laymen” who “used” their paper to “oppose” two bishops of that city.

Today though, the publication offers a fairly interesting mix. You don’t need to be a Mumbaikar, or even a devotee to appreciate it.

In between news about the Pope, Christianity across India and overseas, there’s something that might interest a wider section.

Pest-control services, a make-over for your home in Mumbai and Goa, bridal wear (Indian or Western), jobs in English-medium schools; and caterers for weddings in Mumbai make it to the magazine’s columns.

So do details of a piano in “playing condition, needs tuning” for `10,000! Gloria is offering “home food” tiffins from Borivali to Colaba, all weekdays. There are options to learn Spanish and ads for homes for the elderly, rather relevant in a diaspora-driven society.  Homestays in Goa are being offered to country-cousins in Mumbai. And Mahabaleshwar obviously remains an attractive destination for a break if you’re based in Mumbai.

Sometimes, one can find a relevant connect in the religious news too. Goa-linked Bombay archbishop Oswald Cardinal Gracias is calling for taking “special care of the environment by carbon fasting or in some other way – eg limiting the consumption of electrical energy during the period of Lent.”

The letters-to-the-editor column can sometimes be thought-provoking, but one section many obviously look forward to is the matrimonials. In a scattered Goan world, where parents are concerned about their children getting the right match, in all communities, this seems to be a popular section here too.

Like in other publications, the obituary mentions and remembrances of the departed has its own following.  And there’s an occasional (religious) book review thrown in as well.

Even the obituaries carry Goan-sounding names (though these could also be Mangalorean or East Indian). One could only guess which businesses in Mumbai have a Goan link. In a way, for a State which largely ignores its own diaspora, this is nature abhorring a vacuum, and trying to fill the gap in some other way.

But that’s not all when one tries to unravel what makes The Examiner quite influential.

Its website is tightly run as well. But, contrary to what one might expect of a religious organisation, the site is itself driven on sound financial lines. You could see this as either an apt approach or counterproductive, depending on your own perspective. A subscription to the “online e-paper” edition alone costs `610 per year, which is not much less than their annual subscription of `750 for the weekly (`70 extra for postage).

All in all, worth wondering what works, and what doesn’t, when it comes to building media to serve a community.