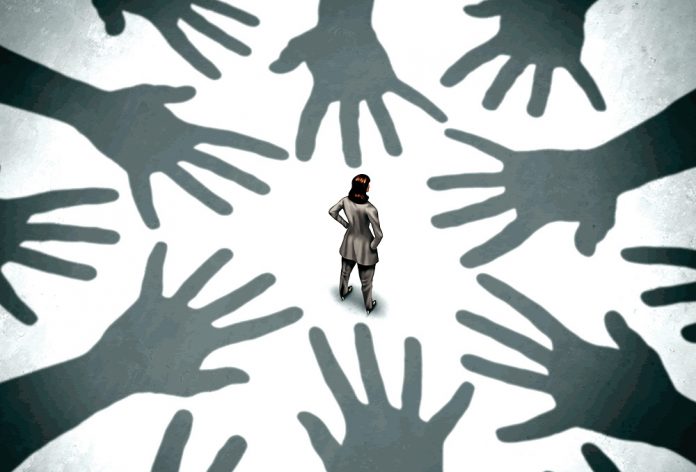 It’s an end, and a new beginning. The acquittal of journalist Priya Ramani in a case filed by MJ Akbar is one that will see a lasting effect on cases of sexual harassment. Ahead of Women’s Day
NT NETWORK celebrated this landmark judgment that empowers women to fear no more and speak up against sexual abuse

The #metoo social movement against sexual abuse and harassment brought to light sexual crimes committed against women, especially in the workplace. Across industries, women began opening up after bearing in silence, the trauma, loss of dignity, and in some cases even employment.

Earlier, when women complained, there were repercussions—character assassination, termination of jobs, blackmail, and more. They have also had to deal with counter complaints being filed, their complaints being termed false, and have then had to face torment at the workplace. Thus, women have preferred to be mum.

Also, in a culturally rich India, where men are given the pedestal, women have been blamed for their way of dressing, modern outlook that apparently ‘invites’ sexual misconduct towards them. “Women were deterred, and actually continue to suppress sexual abuse of any kind that they face. We are more tuned to shrugging it off as ‘normal’ behaviour of men, or ignore it instead of letting matters escalate,” laments a college professor.

However, the recent acquittal of journalist Priya Ramani in a case filed by former Union Minister, MJ Akbar has been termed as a historical judgment.

Back in 2018, Ramani had accused Akbar of sexual harassment in a series of tweets. Akbar filed a counter complaint against Ramani on October 15, 2018 for defaming him, resigning as minister thereafter. On February 17, 2021, a court in New Delhi, dismissed this counter complaint filed by Akbar.

In his ruling, Judge Ravindra Kumar Pandey said: “Right of reputation can’t be protected at the cost of right to dignity.”

In her case, Ramani also had the support of Ghazala Wahab’s testimony, another survivor abused by the former Union Minister. An extract of Wahab’s deposition reads: “I was once working on my computer when I realised that he was staring at me. Akbar started sending personal messages through Asian Age internet, and then asked me to come to his office.” As she entered, he asked her to find a word from the dictionary which was kept so low that one had to either bend or squat to open it. “As I squatted to look for the word, Akbar came from beyond and held my waist. He started running his fingers from my breasts to my thighs. He held his back against the door to prevent it from opening. As I resisted, he held me tightly and pressed his thumb against my breasts,” the testimony reads.

In Ramani’s case, Akbar called her inside his hotel room for a professional interview which wasn’t appropriate. He asked her questions not pertaining to work, but rather about her personal life- her boyfriend, family and marital status and offered her a drink which she refused.

16 women journalists also came out publicly to say that Akbar harassed them and the court upheld them all, from physical rape to just making someone feel uncomfortable. The scribes filed their testimonies in the case along with signatories who came forward as witnesses of the harassment meted out during his stint with The Asian Age in the 90s.

The February 17 ruling in favour of Ramani comes as a relief to women who are preyed on by men who have a societal standing, and are reputed.

And while time and again, people have commented on the long duration taken by a woman at times, before she files a complaint, the court ruling in Ramani’s case also stated that: “the time has come for our society to understand that sometimes a victim may not speak up for years due to the mental trauma.”

A woman journalist agrees that the whole ordeal is indeed tough and processing it takes time. “It’s a daily struggle to stay out of the way of men who indulge in such behaviour. Being abused sexually at a workplace causes a lot more damage than just physical,” she says.

The stress of having to accept that your private space has been invaded by a man who thinks of it as nothing wrong, the thought of having to deal with the issue in the organisation or legally, the trauma of going through rounds of questioning, and probably a medical examination which again is brutal are all daunting, can cause women to hesitate before filing a complaint. And all of this can cause grave psychological and emotional damage that is seldom repairable, but is covered up with time.

Empathising with victims of sexual abuse, the court stated that there is social stigma attached with the allegations and that the society must understand the impact of sexual abuse and harassment on its victims.

Commenting on this, general practitioner, Carisa Dias states that women who suffer from sexual abuse often take years (even decades) to speak up, owing to precisely this shame, stigma and mental trauma. “Many times there’s a power differential between the survivor and perpetrator, and risk of losing livelihood if the perpetrator is a powerful man in the same industry,” she says.

“More trauma is caused because of society looks down upon a woman,” adds senior psychiatrist, North Goa District Hospital, Rajesh Dhume. “Very few stand up to support the woman in an organisation, which leaves her battered. Add to that, remarks in bad taste and character assignation that begins once a girl speaks up.” The ordeal is tough, and going through litigation, and surviving it till the end is also very traumatic.

The court ruling further said that a woman cannot be punished for raising her voice against sexual abuse. Citing Article 21 and the Right to Equality which is granted to every citizen under the Constitution of India, the judge said that Ramani has all the right to “put up her case in any platform of her choice”.

A postgraduate social work student, Irene D’Souza states that with this landmark judgment no woman should be afraid to stand up for herself. “We should raise our voice at the slightest abusive and incorrect gesture. With this court ruling we have the faith that truth prevails even at the grassroot level.”

She reiterates that working women shouldn’t be pressing themselves down feeling that their careers will be at risk if they blow the whistle. “Every woman working in any working condition is dignified worker and must protect themselves,” says D’Souza.

Adding to this, Dias says that while every allegation should be carefully evaluated, in proper legal manner: “now with this case of the acquittal of Priya Ramani, women of India have a voice to speak up against abuse. It will empower women and is a big step in ensuring safe workplaces for women.”

Meanwhile, lawyer, Harsha Naik from Panaji states that she was surprised with the 90 page judgement passed. But having read it in totality, she hails it for giving due consideration to the Vishaka Guildelines, that were framed by the Supreme Court and eventually to the POSH (Prevention of Sexual Harassment at the Workplace) Act 2013.

“As per the Constitution of our country no one is above law, and there are acts to protect victims of such abuse, irrespective of their caste, status, culture, age or creed. There is equality before the law, but, women need safety and security at their workplace,” says Naik.

Naik hails the judiciary for not succumbing to any pressure and delivering a judgment that has been detailed so well, with proper considerations and application of the mind. But she feels that there is a need to ensure setting up of internal redressal committees to take up such cases.

So on Women’s Day, the judgment comes as a remarkable celebration for all those who’ve survived sexual abuse and have stayed silent, who’ve come out and still await justice, and for those friends and family who back up their girl to be brave, and fight.

It’s also about celebrating the gift of lawyers who fight for women’s rights, a judicial system that protects women, of social activists who march on streets, shout slogans, of those lead women movements who pave the way, and empower to speak up.