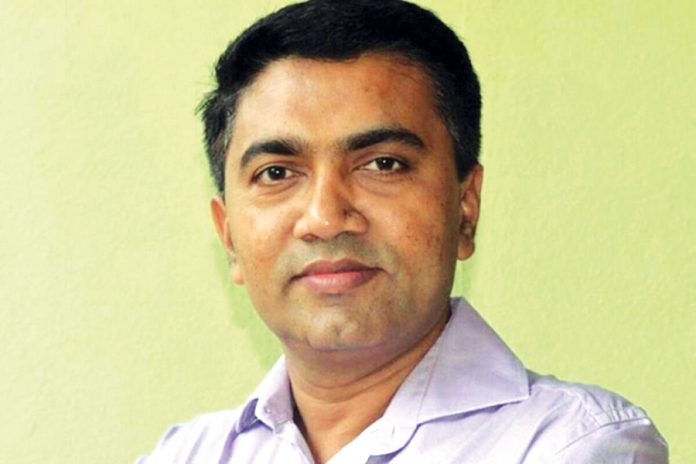 Panaji: Chief Minister Pramod Sawant Friday asked the government departments and corporations to reduce their dependency on market loans so that they become self-sufficient.
Speaking to the media at the Secretariat, Sawant said the state budget, which will be presented on March 24, will spell out measures to reduce the dependency of government departments and corporations on loans.
“I held a meeting with the departments and corporations and asked them to reduce dependency on market loans. When the government has focussed on making Goa ‘Swayampurna’, I feel that all the departments and corporations should also become ‘Swayampurna’ first. The corporations like Goa Tourism Development Corporation, Economic Development Corporation, Goa State Infrastructure Development Corporation have been asked to revise their loans and march towards becoming self-sufficient from the coming financial year onwards,” he said.
The Chief Minister said he has instructed the GSIDC to undertake projects outsourced by the central government undertakings in the state. “The projects by the central government undertakings in Goa such as Railways, Navy, Shipyard, Mormugao Port Trust etc are outsourced to public sector undertakings by the government of India. GSIDC, being a public sector undertaking of the state government, can take up such projects,” he said.
Sawant said he has given innovative ideas to various corporations on how they can reduce dependency on the market loans and become self-sufficient. “Our efforts are towards revising and reducing loans and making every department self-sustaining,” he asserted.
The Chief Minister reiterated that while the Union Budget for the year 2021-22, tabled in the Parliament, was about Atmanirbhar Bharat, the state budget, to be presented by him in the upcoming assembly session, would focus on ‘Swayampurna Goa’.

Goa to buy over 15 lakh doses of ‘Covishield’