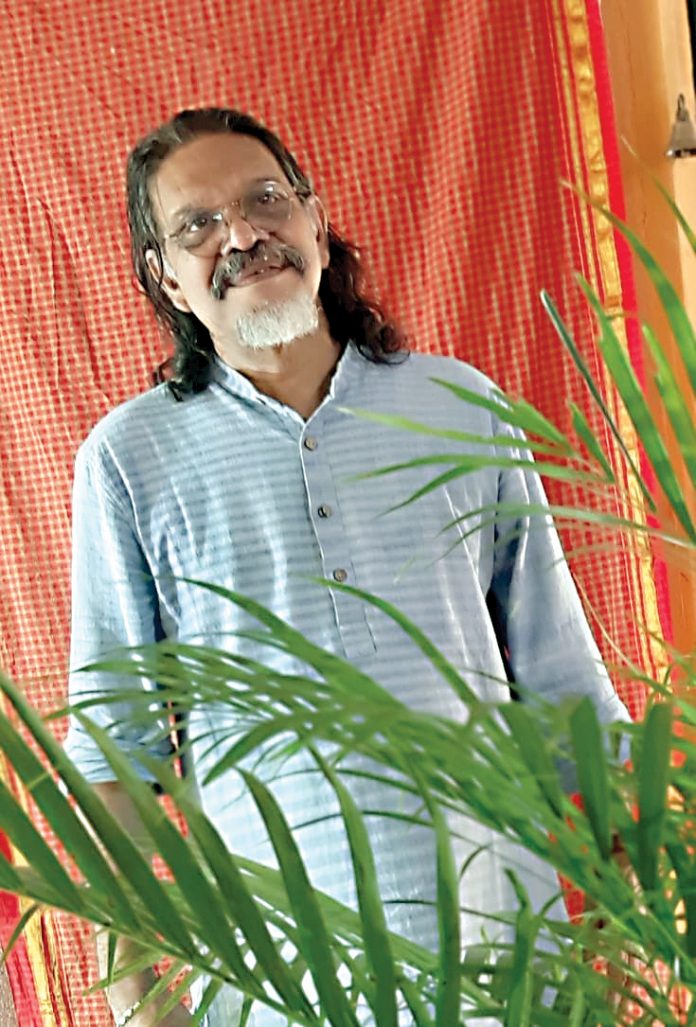 ‘Bigfuttsart’, an art exhibition that is currently on view at Ancestral Goa, Loutolim highlights the traditional weaves of Goa and explores the nuances of what it means to be Goan. NT BUZZ gets a glimpse

Goa is not only a state in the Indian subcontinent; it is a feeling, a sense of belonging and homecoming. This very essence is explored in Ancestral Goa, Loutolim’s latest exhibition, ‘Bigfuttsart’ that was unveiled on Monday.

The ongoing exhibition is a retrospective featuring tactile connections with nostalgia in conversation with distinct forms of art, explains creator of the museum, Maendra Alvares. In fact, he adds, the exhibition emphasises Ancestral Goa’s core ideology, the preservation of Goa’s ethnicity and culture. Ancestral Goa has been, since its inception, a visual library of etymological resources, registering intricate Goan idiosyncrasies. ‘Bigfuttsart’ thus magnifies this narrative in a contemporary form.

The exhibition features artwork and collages that highlight a rural narrative. Most of these are creations by Alvares. The idea, he explains, is loosely conceptualised on Warli art, a folk art form from Maharashtra which uses rudimentary shapes to tell stories and create movement. “Borrowing from this art form stylistically, the narrative through the exhibition details Goa’s traditional occupations.”

Textile also features heavily through the paintings. In fact, a defining feature is the use of the ‘kapodd’ (traditional cotton saree worn by a Gauddi woman) as fodder for the creative process. “This amalgamation of folk form and folk fabric is a new venture, coming up in the near future. And the warmth and vibrancy of the colours exemplify Goa,” he adds.

The exhibition’s pictorial representation ranges from the coast to the hinterland and efforts are made to represent this idea. “Every exhibition at the Big Foot has been different. In the past we have promoted ecology, environment, trade, culture, nature and thematic issues in ways that exemplify each concept individually. That is why the museum is not a singular concept. It is the most widely ranged display covering a whole state and not merely one single facet,” he says.

Looking ahead, Alvares hopes to project this symbolism into future endeavours. “We hope that this retrospect resonates with everybody and we can, as Goans, find modern alternatives to carry our traditions into the future. We’re all cogs in a giant machine, playing our singular parts.”

We are the world