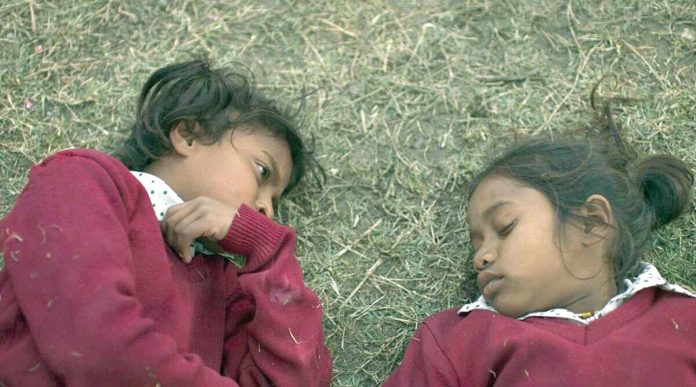 Director Karishma Dev Dube says she first approached her short film “Bittu” from a space of anger, but she eventually decided to anchor the story in friendship and in her own childhood.

Set on the day of the tragic 2013 Bihar school meal poisoning where 23 children died, Dube’s 17-minute short focuses on the bond between two girls, Bittu and Chand, to humanise the lives that could’ve been.

‘Bittu’ is among the 10 films shortlisted in the Best Live Action Short Film segment of the 93rd Academy Awards. The movie will be vying for a spot in the final five, which will be announced on March 15.

In an interview with PTI over call, the New York-based filmmaker remembers being filled with an “unexplainable anger” when she read about the tragedy in a newspaper.

“It just never left me, the sense of anger that I felt. I remember the face of a kid who had died,” says Dube, who completed her MFA from New York University Tisch’s Graduate Film program.

The 31-year-old filmmaker says she initially tried to structure a story around the tragedy in 2015, but nothing fell in place. She then directed her acclaimed 2017 short ‘Devi’, before returning to ‘Bittu’ the same year.

She started from scratch this time and realised that the story will work only if she personalises it.

“It didn’t work when I tried to make it from a place of anger. It only fell in place when I started to humanise them, make it more personal. My intention was to reimagine what their lives must’ve been like before such a horrible thing happened,” she says.

In ‘Bittu’, Dubey uses a spirited nine-year-old in the titular role to subtly comment on the country’s toxic educational space, its discriminatory outlook towards children, and her own conflicts with authority as a young student.

The character of Bittu finds roots in much of Dube’s growing up years with her sister, Shreya, who is also attached as the producer and cinematographer on the short.

Bittu embodied what Dube had experienced growing up in Welham boarding school, Dehradun, from the age of 10 to 18.

“I was a shy kid in school and grew up to be someone a lot freer. I had a difficult relationship with authority where I resented the way certain power dynamics exist in India. That has come out in ‘Bittu’. It’s also a lot of what I wasn’t able to do and what I imagined myself to be,” she says.

“My sister was, what the faculty would call, naughty. But she was a lot more open and able to use her voice. From a young age, I could notice the difference in treatment for me and my sister- a shy kid and a street-smart girl beyond her years. I never
forgot that.”

The director wanted ‘Bittu’ to be devoid of an exploitative gaze. She wanted to honour people who end up becoming statistics in a tragedy.

“We scroll through our phones and watch tragic incidents on the news, where this kind of violence becomes normalised and people become figures. India is a big country, so people experiencing these things first-hand become faceless and invisible,” she says. “I wanted to create a world where I can make a film about these people but also not make it too didactic or preachy. I didn’t want to sensationalise the rural space of the country, the death or the violence of the incident.”

She flew down from New York in 2018 to Delhi—where she was born and her family is currently based—and opened a Kickstarter campaign to fund her production. Another grant, towards the end of the film, helped her complete the
post-production work.

Once in India, Dube found the perfect location for ‘Bittu’ in Koti, Dehradun.

That she was already familiar with the place only helped Dube, who turned an organic farm into a government school for the setting and moved there in January 2019 for one of the most important aspects of
‘Bittu’- casting.

The team created a structure of playful workshops with local kids and auditioned them to figure out who could take directions and fit the bill, two months before the film went
on floors.

“Rani emerged from a few weeks into the process. She was amazing and we had an instant connection. She was sharp and eager to learn. I found Renu Kumari, who plays Chand, in the same community, which was important for me- to find two girls who already knew each other.”

But Dube initially faced doubts from locals, who were not sure that their children were selected for a movie, given the skeletal crew of just 21 people that the director
had assembled.

While she had an instant connection with the children, Dube had to work hard to gain the trust of the adults in the community.

“Initially, they were confused. I wasn’t making a Bollywood film, I didn’t have a lot of money. It took adults some time to know and trust me with what I was doing. They didn’t even believe me that a crew was going to come, till they arrived!”

The team shot ‘Bittu’ over six continuous days for eight hours, with parents of the children, sometimes even their siblings, present on set.

“Because of that, the kids felt a conducive atmosphere to perform the way they wanted. The entire objective of the theatre workshop was to help them tune the world out and just listen to me, hear my direction. We created a bubble of trust between me, the kids, the camera, and my sister.”

Ahead of the announcement by the Academy, Dube called the film’s journey “bizarre”, as it is unusual for a short film to be watched so widely.

“I’m always pinching myself. I wake up shocked, still. I am stressed out and anxious too. The film was always bigger than me from the start. I am grateful that we have made it so far, literally on the basis of nothing. It’s been validating for me as a filmmaker,” she says.

“I feel hopeful, I have a big country behind me, so all their hopes, blessings and energy goes a long way. I want to bring it home. Even if I don’t, it’s okay. I am proud of what we have accomplished,” she adds.