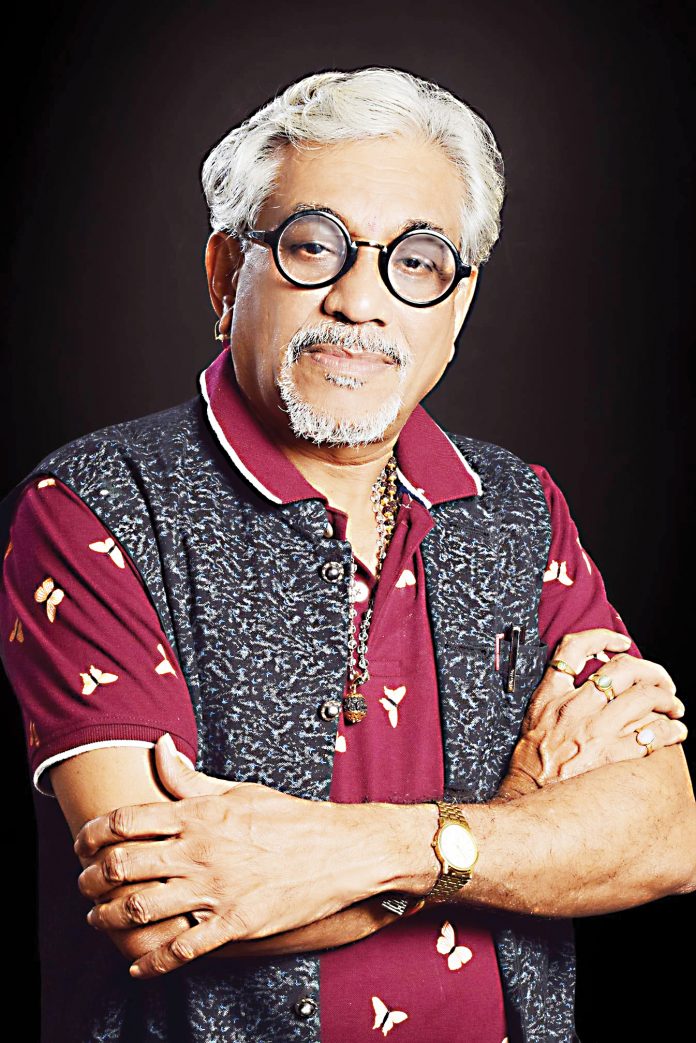 Shridhar Kamat Bambolkar and his son, Anant alias Kalanand Bambolkar share a bond forged through art. And now the father and son from Bandora village of Ponda are all set to showcase their work at their first joint exhibition ‘Father and Son’ on February 23 at Bambolkar’s Art Gallery, Ponda.

A qualified artist and mentor, Shridhar has taught art in high schools for over three decades before retiring. Also, a well-known theatre personality, he went on to write, direct and produce plays as well as transcreate western plays for local audiences. Besides participating in solo shows and numerous group exhibitions, he has also been invited to local and national art camps. He has received numerous awards; the most prestigious being the State Cultural Award for his contribution in the field of art.

Following closely in the footsteps of his father, Kalanand is also an artist, teacher and theatre personality. His works have been displayed at several shows and he has contributed to various cultural groups. He is deeply involved in every aspect of art such as set designing, acting, photography, illustration, book cover design, etc. “Right from childhood, my father was my inspiration to become an artist. And he played an important role in the development of my art,” says Kalanand.

However, while Kalanand might have inherited a passion for art from his father, both have distinctly different art styles from one another. Apart from watercolours and acrylics, Shridhar employs oil paints as his visual language. Most of his work reflects on the simple Goan life and culture through a metaphysical approach. However, his recent work leans towards the abstract and touches on the themes of mysticism, astrology, and the environment. Meanwhile, Kalanand who works with watercolours and acrylic paints with a semi-abstract approach, also dabbles in photography. He is deeply inspired by nature and social life; expressionism is also seen in his oeuvre. Be it his paintings, photography, or drama performances, Kalanand endeavours to bring a Goan flavour to his works.

The exhibition will see more than 30 works on display. The exhibition was initially set to be unveiled last year. Then the pandemic struck and the exhibition was postponed, says Shridhar. “For nearly one year, our studio and art gallery remained close. So, we shifted all of our art materials to our residence at Bandora where both of us started creating art and paintings with extra energy,” he adds. These new works have also been included in the exhibition.

“Art is expression, communication, and creation. Whatever an artist creates, it should give satisfaction or an aesthetic pleasure to the viewer,” says Shridhar. Recognised for his efforts in promoting Goa’s art and culture, Shridhar says: “Kalanand is following the same legacy, and sometimes better than me. We believe that any form of art – whether it is performance art, theatre or visual arts – it helps in the personality development of an individual.” And it is their aim to encourage viewers to use their energy to engage in art in any way instead of being cowed down by the current circumstances.

There is no theme to the exhibition, just the unique style of each artist on display. This exhibition is thus not only an opportunity to view the artistic influences a father has passed onto a son, but also, bears testimony to the strong bond and shared talent of both generations.

(The exhibition will be inaugurated today at the hands of writer and entrepreneur, Datta Damodar Naik at 5 p.m. Chief guest will be chartered accountant and art lover, Thomas Andrade. The exhibition will be open for public viewing till March 2, from 10 a.m. to 1 p.m. and 4 p.m. to 8 p.m. In adherence to COVID-19 protocol, visitors are requested to wear protective masks and maintain social distance.)