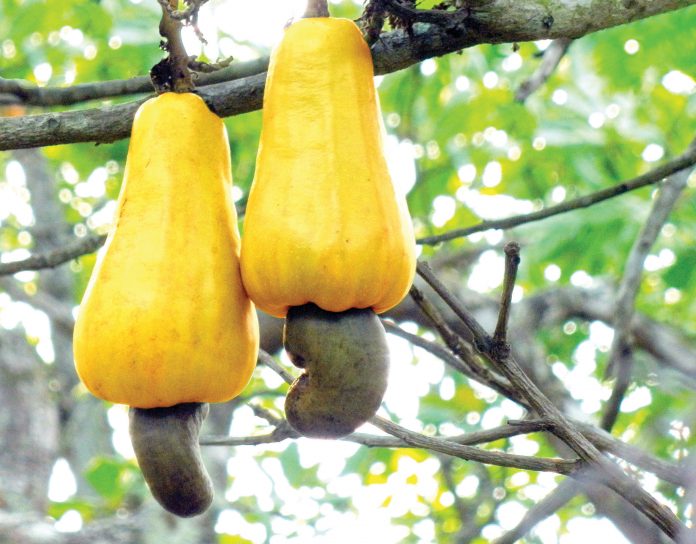 Carnival is over and so are the festivals of Mardi Gras and Sabado Gordo, and now the fat is off the fire. For devout Catholics, this is the lean period of Lent, especially in the ‘old conquest’ territories of Bardez, Ilhas and Salcete, from which Mormugao was separated. Together with the hinterland region of the erstwhile kingdom of Sondekar Raja, the people await the border festival of Shimga that has mutated into Shigmo that looks more like a clone of the ‘official’ Carnival for tourists, live and via electronic media. The spirit of festivity comes in the form of urrak which is later double-distilled into feni. That the feni began with coconut toddy and the Brazilian cashew was introduced into Goa only in the 18th century, is often glossed over.

Cashew is a nut that drives all of us nuts! Botanically known as Anacardium occidentale, its origin is in the West or occident. Anacardium, however, has nothing to do with Ana or the cardiac or heart; cardium means shell as in seashells or ‘ximpeo’. In fact, the National Institute of Oceanography at Dona Paula has made the roof of its auditorium in the shape of a seashell and named it Cardium, to symbolise its relationship with the sea and ocean.

Finding good feni, a traditional liquor distilled from the fermented juice of cashew apples, is more difficult than finding the Konkani-speaking Deepika Padukone-starrer Bollywood film ‘Finding Fanny’ that was shot at the picturesque island of Sao Jacinto in the River Zuari near Sancoale. But the GI tagged feni can wait: this is urrak season!

The yellow or shades of red ‘fruit’ that we know as the cashew apple is actually not a fruit: the nut is the botanical fruit. Be that as it may, be, the juice of the ripe cashew apple has natural yeast in it and ferments spontaneously. After three to five days, the fermentation tapers off and the ‘must’ is ready for distilling. The potters of yore modified the large ‘moddki’ used for parboiling rice or heating water for a bath during cold winter nights and used hollow bamboo or agave flower stalk to fashion a distillation vessel. Who needs a hot bath in feni season?

A ‘moddki’ used for cooking rice or a ‘kollso’ used for drawing water from the well became the ‘condenser’ unit with manual water-cooling. A ‘dhovlo’, or a ladle fashioned out of half a coconut shell with a handle made from a bamboo strip passing through the ‘eyes’, came in handy. Thus was born the ‘lavnni’ that has nothing to do with the dance of the same name in Maharashtra. There is no movement in the lavnni: it is still.

Urrak and feni can only be made of ripe cashew apples and, hence, the cashews are allowed to ripen on the tree and fall. This ensures that the cashew nut is fully mature and crisp when roasted. Thus, the demand for cashew nuts from Goa is high and they fetch premium prices. It is a USP that we need to protect. Cashew feni is the spirit of Goa and we now have a GI tag to emphasise that. Viva!