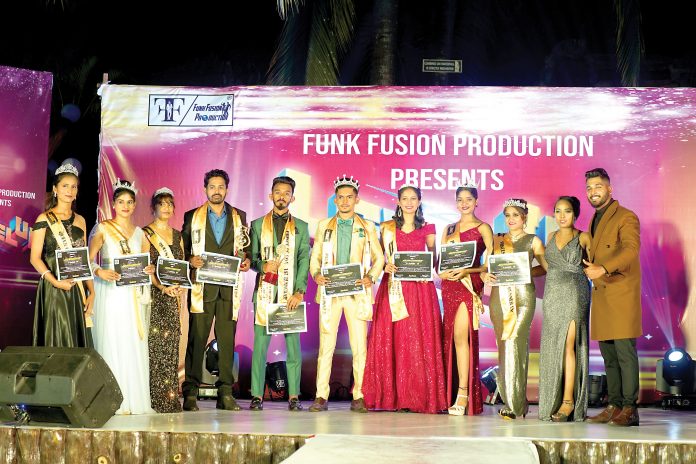 The event saw around 30
participants from all over Goa.

Participants were judged on various parameters such as confidence, personality, runway skills, communication skills, onstage and offstage presentation, on and off camera presentation, poise, etc.

The pageant was judged by Sonu Kumar, Sandesh Singh and Arahna Feroz of AB production.

Speaking about the event, founder of Funk Fusion Production, Sufiyan Shaikh said that organising such an event in remote areas is very challenging. “We also had a very tough time during the prevailing pandemic as we had to follow strict SOPs laid down for such events. But with my determination and team effort, we managed to pull off such a colourful event in our area,” added Shaikh.

On a soul-searching journey