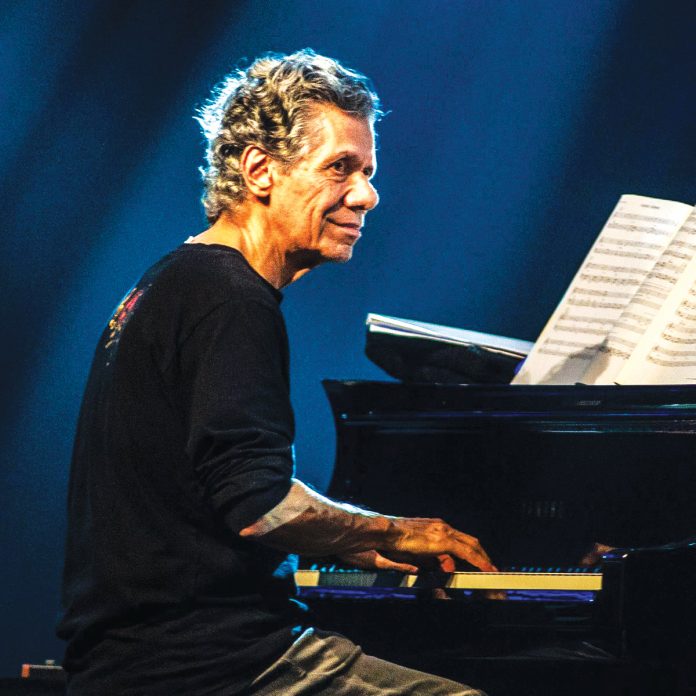 On February 9, 2021 the world of jazz bid a tearful goodbye to ‘iconic jazz composer, keyboardist, bandleader, and occasional percussionist Chick Corea (born Armando Anthony Corea), who died at 79 of cancer at his home in the Tampa Bay area of Florida, US.

But like so many great musicians across genres, his initial solid foundation was in classical music, and that remained an influence for the rest of his life.

As his father (also Armando) was a jazz trumpeter, Corea was surrounded by various jazz styles, ranging from Dixieland to bebop.

Although Corea was introduced to the piano by his father at age four, and the initial years were ‘exploratory’, at eight he began taking formal lessons with concert pianist Salvatore Sullo, who opened up the world of classical music to him.

Today Sullo seems to be remembered solely as the instructor to his famous pupil, but he seems to have been quite the celebrity in his own right. He performed with the Boston Pops Orchestra under the renowned Leopold Stokowski. A New York Times review of his recital on March 10, 1935 at the city’s Town Hall declared that “Virtuoso Spirit” was “displayed in music of Classical, Romantic and Modern Periods.” It continued: “He has clear technic [sic], a clear articulation when he does not yield to excitement and rush tempi.”

Another review in the Boston Globe, dated April 18, 1953 by Cyrus Durgin, reported that Sullo’s playing “represents genuine musicality and a formidable technic”.

Such accolades shouldn’t be surprising, given that Sullo himself had studied with the great pianist-pedagogue and conductor Alfred Cortot (1877-1962) through whom Sullo (and therefore Corea) could trace a pedagogical lineage to Frédéric Chopin.

He was also “foreign judge” at “Final Degree Exams in Principal Conservatories” in his country of origin, Italy, in 1965 and 1967. It was Sullo who first sparked Corea’s interest in musical composition.

Interestingly, at the same age that Corea began studying with Sullo, he also took up drums, which perhaps inevitably would influence his use of the piano as a percussion instrument. It shouldn’t surprise us therefore, that he was drawn to the music of Béla Bartók (1881-1945) who regarded the piano similarly. Shades of Bartók can be heard in Corea’s miniature works such as ‘Piano Improvisations’ recordings of 1971 (issued in two volumes) and his wonderful 1983 recording ‘Children’s Songs’ which would lay the ground for larger compositions later.

In a 2013 interview to the ‘Sante Fe New Mexican’, Corea shared his memories of his years studying with Sullo: “My good teacher Mr Sullo kindly showed me into Mozart and Bach’s world. He also showed me a little bit of Chopin and a few other legendary gentlemen of that era. It was my first exposure to classical music. I remember mostly enjoying watching him play — he had a lot of fun when he played. My favourites through the years have been Scarlatti, Mozart, Scriabin, and Bartók. More recently Henri Dutilleux. But that is only a short list.”

That “exposure to classical music” must have prompted Corea at nineteen, in 1960 to enter the prestigious Juilliard School of Music New York but he would drop out after about half a year to
pursue jazz.

Corea makes some interesting points at the 2013 interview, for instance, thinking of music in broader terms: “The ways that styles of music are categorised has never been of much use to me. I have learned to stay close to the streams of creativity that most attract my interest, no matter how they’re labelled….I do best when I don’t consider musical style while I’m writing — only effects and results are important to me.”

Or take this reflection: “I always thought that if the great European classical composers had had more contact with the African and Spanish folk elements in music, they would have thrived even more.”

He readily admitted his debt to Bartók and Igor Stravinsky, whose orchestrations “grabbed his attention” when he was young, and “sounded like jazz” to him. “I consider it a great skill that I would like to improve upon to be able to make a large orchestra sound so fluent and beautiful.”

In another interview in 2001, Corea spoke of the influence of Russian composer Alexander Scriabin (1872-1915) on his music, notably in his ‘Trio Music Live in Europe’ album (1984): “I like Scriabin’s music, I spent quite a bit of time through the years at home at the piano with scores of great composers and Scriabin is one of the composers whose music attracted me. I began to try to perform some of his early preludes, as a kind of contrasting element to put into the performance.”

In 1983, Corea wrote a Septet for Winds, Strings and Piano for a performance at the Lincoln Center New York, in which the New York Times music critic Donal Henahan detected trace of Poulenc, Milhaud and Satie.

Corea composed his first piano concerto and an adaptation of his famous signature piece ‘Spain’ for piano sextet and full symphony orchestra and performed it in 1999 with the London Philharmonic Orchestra.

In 2004, he would write his first work without keyboard, his String Quartet No 1 for the Orion String Quartet and performed that same year by the ensemble at La Jolla Music Society’s Summer Festin Wisconsin.

The festival’s artistic director, violinist Cho-Liang Lin said it was a “testament to Corea’s versatile talent” that he was able to rise to the challenge of writing a work of the “most difficult form of all classical music, the string quartet.”

For those interested, there is a video recording on YouTube of Chick Corea performing his piano concerto with the Boston Pops Orchestra, Keith Lockhart conducting. It also has audio tracks of him playing the same work and ‘Spain’ with the London Philharmonic under the baton of
Jeff Ballard.

You can also hear the full album of his ‘Piano Improvisations’ and a 50-minute footage of the Orion Quartet rehearsing his String Quartet at La Jolla Music Society’s SummerFest 2004. The give-and-take, back-and-forth between composer and musicians in the creative process is fascinating to watch and listen. I thought I heard the influence of Astor Piazzolla in the first movement, about 14 minutes into the clip.

In the video, Corea speaks of how important rhythm is to him, especially in jazz, but he seeks it in all music that he finds appealing. He quotes Duke Ellington’s song title ‘It don’t mean a thing if it ain’t got that swing.’

You certainly get the ‘swing’ feeling in all rhythm-imbued five movements of the work, which Corea chose to call, intriguingly, ‘Adventures of Hippocrates’ (after a robot-like character named ‘Hippocrates’ from L Ron Hubbard’s sci- fi series Ole Doc Methuselah).

Of all Corea’s classical music compositions that I had access to, I feel this one is most likely to enter the performance repertoire.