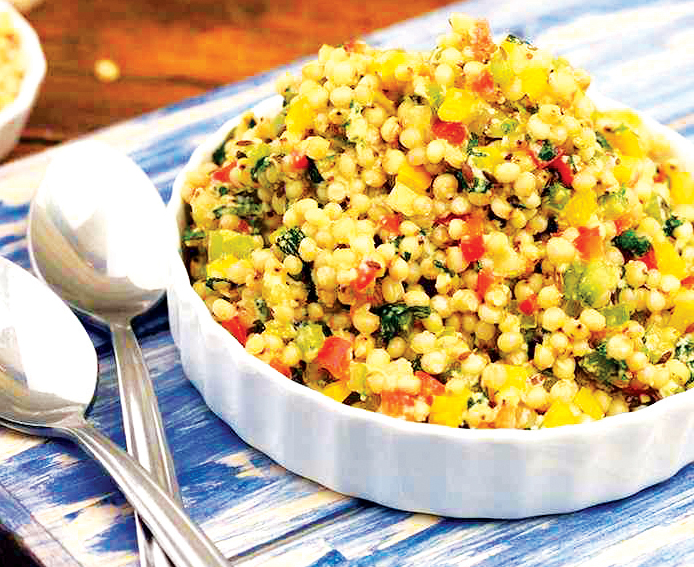 Grown in arid and semi-arid regions, millets are hardy grains that are considered the ‘poor man’s grain’ as they constitute the food of the poor in many parts of the world including India.

Millets are tall or small seeded grasses that originated in Asia and Africa and are called so because many thousands of grains are harvested from each grain sown. Millet plants vary in appearance and size, depending on variety and grow in height from 1 foot to 15 feet. These plants usually have coarse stems and grow in bunches with grass-like leaves. The millet seeds are covered with a hard to digest hull (outer shell), that needs to be removed before it is used. Hulling does not affect the nutrient content of the grain as the germ stays intact through this process. Apart from the major millets like sorghum (jowar), pearl millet (bajra) and finger millet (nachni or ragi), there are many other minor millets such as kodo millet (harik/varagu), little millet (wari/upvasachi tandul), proso millet (chena/panivaragu), barnyard millet(sanwa/jhangora), foxtail millet (rala) and Job’s tears that are also cultivated in many parts of our country.

Millets are much cheaper and more nutritious than cereals and have many beneficial effects on health. They are good sources of proteins with content varying from 7 per cent to 13 per cent. Millets are important sources of B-complex vitamins, especially vitamins B1, B3, B6 and folic acid and minerals like calcium, iron, potassium, phosphorus, magnesium and zinc. Among millets, nachni is especially rich in calcium (344 milligrams per 100 grams).

Like cereals, millets too contain carbohydrates in the form of starch; however their starch granules are slightly bigger than those of cereals. Millets are also good sources of both insoluble and soluble dietary fibres.

Owing to their high fibre content, millets have a high satiety value making one feel full for longer. The fibre also helps slow down the digestion of starch into glucose thereby preventing the blood glucose levels from rising rapidly. As compared to most of the commonly consumed cereals, millets have a lower glycemic index (which is a scale that ranks carbohydrates according to the extent to which they raise blood sugar levels after eating in comparison to glucose or white bread) and hence are good for weight watchers, diabetics, sportsmen and people who are engaged in heavy work. Fibre also helps lower cholesterol levels, increase intestinal motility and prevent constipation. It has been seen that the incidence of duodenal ulcers is practically nil among millet eaters. Research studies have also shown that consumption of millets can help prevent the development of gallstones in women.

Millets are also good sources of phytochemicals particularly lignans that work as antioxidants safeguarding the body cells and tissues against damage due to free radical formation and are also thought to be protective against hormone-linked cancers such as breast cancer.

Unlike wheat, oats or barley, millets do not contain gluten and hence are ideal for people who are allergic to wheat or those suffering from celiac disease and need to
avoid gluten.

Millets are high energy nutritious, non-acid forming foods that can be incorporated into our diets in a variety of ways. Whole millets or millet flours can be used instead of rice or wheat in the preparation of khichdi, pulav, dosas, idlis, kheer, chaklis/murukus, pakodas, dumplings (mudde), chapattis, rotis, pancakes, upma, laddoos and porridges. Wari and bajra for example are cooked and eaten like rice. In some parts of India, a product similar to pop-corn is made from nachni, jowar or bajra and is a popular snack in those areas. Millets are also malted and ground into flour, which is used in the preparation of weaning foods
for infants.

To conclude, keeping in mind the nutritional and health benefits of millets, is it not worth incorporating some of them into our daily diets? So let us all begin and make these small dietary changes from today.

(Writer is a consultant nutritionist with 22 years of experience, practicing at Panaji and can be contacted on [email protected])