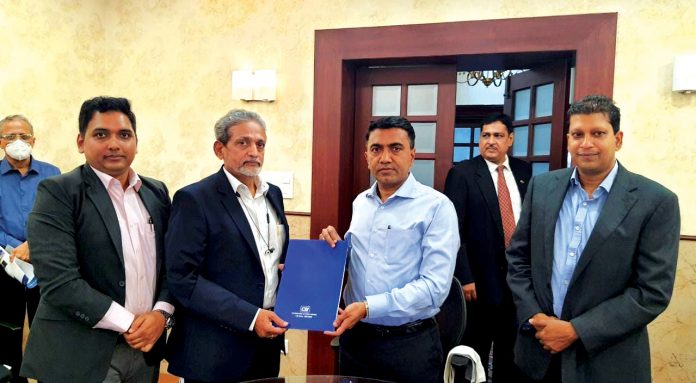 Ahead of the state budget for 2021-22, the Confederation of Indian Industries- Goa, is asked for several amenities for local industrial units aimed at achieving Swayampurna Goem.

The pre-budget memorandum of the industry body submitted to Chief Minister, Pramod Sawant on Friday reveals demand for smart industrial estates with facilities such as central security surveillance, efficient waste disposal and sewage treatment, dormitory housing for migrant labour, driver care services and  canteen and recreation facilities for the workforce.

The pre-budget memo seeks to expedite the documentation at GIDC as “it often takes months, even in getting a draft of Tripartite Lease Deed.” CII said that, GIDC online modules for various services provided by GEL must be implemented immediately.

“The lease deeds wrongly extended with two per cent of prevailing rate should be rectified to 10 per cent increase in lease rent every three years as per resolution,” is another pre-budget demand of CII-Goa.

The industry body has asked for permission for private lands to be converted into private industrial estates as it will reduce the demand for GIDC land. The memo seeks increase in FSI and relaxation of height restrictions in industrial estates given the paucity of land in
the state.

The pre-budget memo was presented by office bearers of CII-Goa. It asks for ease of doing business for the Goan tourism industry.

“We have innumerable licenses to run a resort and they have to be renewed on annual basis. Considering the number of such establishments in Goa the government departments are occupied in processing these applications most of the year, while on the other hand, it creates hardships to the applicants. In order to solve this problem at both ends, it is proposed to extend the validity of all these required licenses to five years. The state can charge and collect five times the prevailing annual fees to safe guard its revenues. This way thousands of man hours of the government departments will be saved, and so will be the cost involved in annual renewal of these
licenses, the revenues will be safe guarded and the applicants will be relieved of the hardships,” said CII in the pre-budget memo.

Manufacturing output to increase by US$ 520 bn in 5 yrs: PM

UP farmers to be linked to food processing units