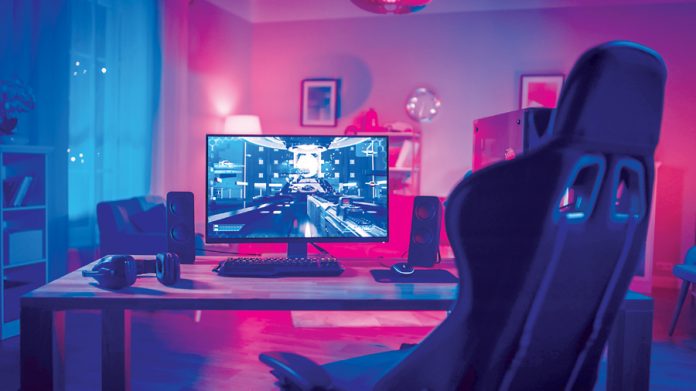 If you think that being an online gamer means sitting in a chair all day and having fun on the computer, think again. According to the gamers of Goa, gaming isn’t all fun and games. It’s so much more than that.

For one, gaming can be very informative, says Dylan Correya who has been gaming for about five years now, playing different games varying from RPG (role-playing games), PC games, and PlayStation gaming as well. “These are games that in fact help you learn. Before I got into games like shooting, racing, football, etc, I was into games like checkers and chess,” says the 20-year-old student who of late has been hooked to PUBG (PlayerUnknown’s Battlegrounds), a game designed exclusively for mobile platforms.

“When I was younger, I was a very naughty and destructive kid. When I got into gaming, I became calmer because I could channel my energy into something productive,” says the Miramar-based youngster who is currently playing for a clan that is sponsored by Red Bull. “Parents, today, believe that gaming is harmful. But if you pressurise your child to only study, your child is bound to get

It pays to play

Meanwhile, Wayne Soares recalls gaming with his brother at the age of six. “We used to play on the gaming console connected via the TV. I have always loved playing video games and over time it turned out to be more than just a game for me,” says Soares, who now works in quality

And he reveals that the gaming industry has been making giant strides since 2018. “Whether it’s an extremely competitive game like Defense of the Ancients (DotA) or a mobile game like Clash of Clans, the number of players is increasing every year and we are getting to a stage where gaming is now a profession. That’s a lot of motivation for the gamers plus the industry as it’s a huge untouched market that has a lot of money in it,” he says adding that today it’s not uncommon to make a career out of gaming.

Gamers have a huge scope, adds Correya. “Today, the best players in PUBG can earn a net worth of one million!”

Correya further says that the Goan community of gamers is rising. “Due to the current pandemic, gaming has become popular and the number of people playing is growing. And their skills are improving too. It’s a very competitive scene nowadays and gamers are getting better every day. Goan gamers have definitely gotten recognition but we are yet to do more and we definitely can,” he adds.

Soares concurs that while gaming in Goa has a lot of potential, there are many obstacles that gamers in Goa face. “The internet issues and power cuts and irregularities in Goa are always a letdown. I’ve lost multiple tournaments and had to forfeit several because of it,” he says adding that Goa really needs to have a strong internet service provider for Goan gamers to reach the global stage and compete in mega tournaments.

“And because of the lack of facilities in India, Goan gamers do not have a proper platform to improve and work on their skills and realise the scope and the future they have in gaming,” says Soares who has been a semi-pro in e-sports and has competed in games like Counterstrike Global Offensive, Call of Duty Warzone, FIFA 19, 20, 21, and Valorant. “Most of my success, however, came when I was in Bengaluru due to the exposure and facilities available. I’m hoping Goa can soon reach that level.”

If you’re a female gamer, there are additional obstacles that your male counterparts might never experience. Cara Shrivastava from Miramar, who started gaming at 16 after watching her older brother play, recalls that when she first started gaming, she used to play male characters just so people would leave her alone in a game. “Some men are just plain rude, and think they can gatekeep gaming. It’s always so much more satisfying crushing men like that in game,” she laughs.

Playing as a male character also helped her avoid unwanted harassment that girl gamers often face in the male-dominated world of multiplayer online games. “I never really faced anything like that because I played as a male character, only switching to female characters when I found a cool guild to play with. And when I started playing PVP (player versus player) games which are very popular for insults or flaming, I just stuck to playing with a close friend group in Goa.”

But the Melbourne resident, who played Ragnarok, DotA, and Age of Empires among other games, had to endure stereotypes when she was away from the keyboard. “When we were growing up, it was ‘normal’ for boys to talk about video games, but the second people found out I played too, I was dubbed a nerd. Pretty stupid when I think about it now, but it’s why I didn’t really bring it up ever. There just wasn’t a welcoming community back then,” says the 25-year-old, adding that this has since changed.

And because of this notion that video games are only for boys, the number of female gamers is still relatively low, says Shannen Fortes “Most parents believe that a lot of the competitive games that make up the popular gaming scene are not ‘suited’ for girls to play.”

And when playing, she adds, another stereotype faced by girls “is that we aren’t good enough or that we don’t totally get the game because we are girls”. “I’ve faced several issues where people would think I’m a bot account or a fake account because I am a girl and it’s not possible to be a girl who plays this decently,” says Fortes, who has excelled at games such as the Pokemon franchise, Mortal Kombat, Call of Duty, FIFA, Assassins Creed and more, adding that it’s something that still happens and so most female gamers hesitate to speak in game to avoid harassment. “However, the community is changing and starting to recognise us girls who game, but it is still a long way to overcome this,” she says.

And now, although, Shrivastava doesn’t game as much as she’d like to because of work responsibilities and the like, she shares that her biggest takeaway from gaming was the art of communication, which, today, is essentially what her entire career is based on. “Also, I honestly don’t think I’d be as open-minded as I am today, if I hadn’t spent years just talking to cool people from across the world that I met while gaming. I even got to meet some in real life, and I’m still friends with a few. There’s even a decade-long friendship going at this point,” she adds.

Ironically, gaming is still often discouraged as being anti-social, but for Panaji-based Ralph Rodrigues too, it was the opposite. “Gaming did affect my social life, but for me, it was a positive effect. Moreover, gaming exposed me to people from all over the world and I’ve built friendships that have lasted over a decade now. I made a lot of friends, some who I’ve travelled with and enjoyed holidays with.” He, however, admits, that there are times when he’s become anti-social because he’s so engrossed with a new game. “That can happen with any hobby really, not just gaming. Also, most games now have a multiplayer feature and you’re always socialising, in some way or another,” says the 25-year-old who has been gaming for 18 years now, starting with a Super Nintendo Entertainment System (SNES) at seven.

Fortes, who has also been gaming since the days of the Nintendo Gameboy, still finds time to game even as an adult. “I think I always will as it is a great escape to me and I can still keep in touch with my friends who play with me too. Work is busy and it can be difficult to balance, but I try to make time every day to play the games I enjoy. So, once I’m done with work, it’s to my laptop or my console to play a game and improve my skills,” says the Miramar resident who now owns every Nintendo console that has ever been released.

And gaming for close to two decades, Rodrigues has played most genres of games on all platforms and states that he has learned several virtues along the way. “I’ve always enjoyed games that require you to play with others in either a cooperative or competitive setting. Because of the constant interaction with others, I’ve learned to be humble, patient, friendly and perceptive,” shares Rodrigues who is currently playing a mix between DotA 2, Genshin Impact, CS Go, Valheim, World of Warcraft and Cyberpunk 2077.

But the world of gaming is riddled with misconceptions, says Soares. Arguably the biggest misconception about gaming is that they cause vices like violence and that they result in youngsters being abusive. “There is no evidence to back it up and I feel that it’s really depressing to see people come to that conclusion. One of the best ways to dispel this myth would be to see the way communities are built among gamers in various genres. Even games like Call of Duty or Grand Theft Auto, that people claim are violent and wrong to play, have an incredible base of wholesome moments between players and people having a good time,” he says.

And from gaming as a hobby to turning it into a career, Soares also shares that he has learned a lot, and in particular, the qualities of teamwork, patience, hard work, and precision.

“And to learn these values from a video game speaks volumes about the entire gaming industry,” he says.