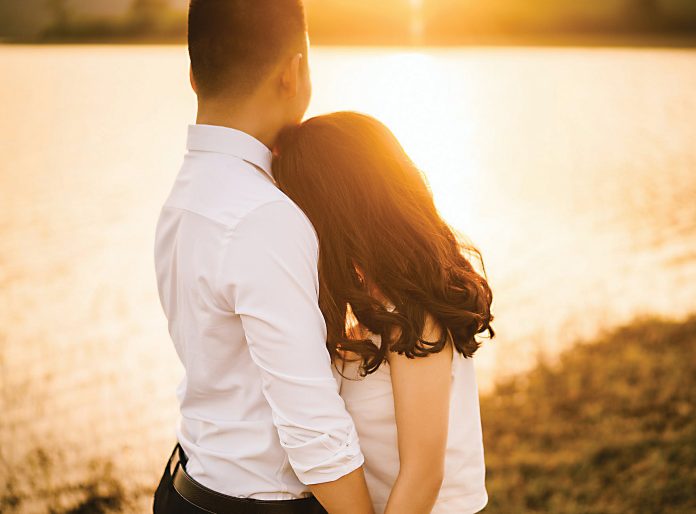 The healthy celebration of love, romance and sex is not a taboo in India which contributed the world-famous treatise ‘Kamasutra’ by Vatsyayana, the lifestyle coach of the imperial Gupta period. Monuments at Konark and Khajuraho are standing testimonies to India’s healthy heritage to look at romance. M L Varadpande has given a wonderful account of India’s healthy and refined approach to love in his book ‘Love In Ancient India” (2011).

‘Vasantotsava’ in ancient India was the festival of spring and ‘Madanotsava’ was celebrated as the ‘Festival of Love’. Readers may watch the visually stunning musical Hindi movie ‘Utsav’ to get glimpses of this festival. Directed by Girish Karnad, it was an adaptation of ‘Mrcchakatika’ (The Little Clay Cart), a Sanskrit drama in ten acts by
playwright Sudraka.

Compared to the meaningful and cultured ancient Indian Madanotsava, Valentines’ Day seems to be a very tame commercialised affair in the 21st century. Valentine’s Day, February 14, became more popular after the globalisation of the world economies. In India, we noticed that after 1992 it became popular. It has become one of the largest celebrated events in the 21st century. In the USA alone in 2020 it added $ 27 billion to the economy as people spent money liberally to celebrate love. The Indian Valentine’s Day market is comparatively small, just $27 million.

The world in the times of the pandemic is looking for more and not less love. The youth of the world traumatised by the pandemic, the lockdowns and confused by the uncertainty and unpredictability of the post-pandemic world are looking for love. They have the right to explore, build, sustain, develop, maintain, fructify healthy relationships. But we forget that digital relationships don’t really work in the absence of the direct magic of the biochemicals. We tend to forget that we are basically highly evolved mammals, and as hairy apes, we the intelligent primates, the homo sapiens forget that we are totally at the mercy of our hormones.

On Valentine’s Day nobody may be interested in understanding the biochemical and molecular basis of love. But it’s a scientific fact that love is impossible without attraction and attraction is impossible without certain biochemicals. Desmond Morris is a highly recommended author, an expert on human behaviour, and every teenager needs to read everything he has written before thinking of love and serious and healthy relationships.

There are two important hormones-male testosterone or female oestrogens, involved in sexual attraction. Testosterone in males acts like an aphrodisiac which increases the sex drive in males. Oestrogen in females reaches its highest-level during ovulation. Biochemists know “love at first sight” happens when the males have high testosterone levels and the females high oestrogen level. So females would tend to get more attracted to males at the peak of their ovulation.

Other biochemicals too begin to play their mysterious magic once attraction begins. These are crucial for mate selection and bonding. These are phenylethylamine (PEA which is also known as love molecule), norepinephrine and dopamine. PEA causes elation and leads to bonding. If the partners are successful in maintaining consistently elevated levels of PEA then it can ensure a stronger bond between the couple in love. Exactly the opposite happens when these levels in bloodstream begin to fall and then the partners begin drifting from each other or may be accused of “drying of love”. Actually, the levels of PEA are to be blamed.

Norepinephrine may be called the ‘molecule of excitement’, the real “action packed” response-based molecule. Levels of these molecules in the bloodstream cause all the excitement and the physiological changes in lovers like sweating palms and beating hearts. This molecule is also a strong adhesive in relationships. PEA and norepinephrine make people in love lose sleep, dream, and fantasise.

Another powerful biochemical is called dopamine. It is involved in mate selection. Males and females look for partners with high dopamine levels. Interestingly beauty has nothing to do with dopamine levels. The molecules which are needed in the next stage of love are important. Biochemists found a small peptide hormone, oxytocin as a bonding hormone. It is released after skin contact. It is also involved in mother-infant bonding and breastfeeding of human babies. Oxytocin levels create a feeling of reassurance thus tying the lovers, making them desire each other and feel wanted. Another biochemical called serotonin creates the “feel good feeling” and its level in bloodstream generates a sense of possessiveness in either of the partners. All these above mentioned biochemicals show their effect for maximum two to four years.

So how then does love last longer? This is ensured by another group of small, effective molecules called endorphins which cause elation, sense of wellbeing and pleasure. Endorphins ensure that the effect of other “love molecules” persists beyond the initial phase of attraction, mate selection and bonding. Endorphins are essential to neutralise stress in any relationship. So if some people find themselves incapable of maintaining relationships over a longer period of time then this may be because of fundamental biochemical and genetic problems they have not diagnosed. All these molecules involved in chemistry of love-testosterone, oestrogen, PEA, norepinephrine, dopamine, oxytocin and endorphins make the celebration of Valentine’s Day possible and scientifically meaningful.

To fight off the present pandemic and come out stronger to face a complex, stressful post pandemic world we need knowledge of these molecules.