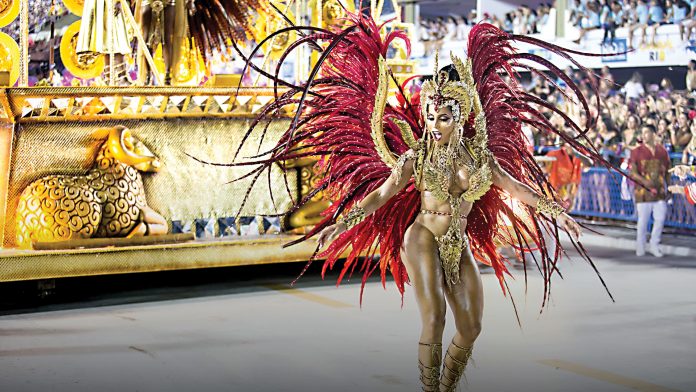 My doctor friends tell me that the aging process, buttressed as it is by years of experience, engenders a sense of seriousness, analytical and critical thinking in some of the senior citizenry. I guess I have fallen prey to this paradigm during the pandemic, locked in and locked down as I have been. Sitting out on the balcony, staring at the swell of the sea, the soothing ambiance lends itself perfectly to ponder and internally debate various subjects that present themselves. Dispassionately, without disproportionate cynicism or sarcasm.

Hence I have concluded that I don’t understand the hysteria generated by the upcoming Carnival. Will the cargo glide from Ribandar to the Kala Academy, or from Miramar to Dona Paula Circle? Will the newly selected King Momo make the cut? Which float will win the first prize, etc, etc. When compared with similar such events all over the world, which I have personally witnessed both in Latin America and New Orleans, including the behemoth of all in Brazil, the Goan event is a sad and sorry clone, which will be affected even more negatively this year given the strictures of the virus: social distancing and layered masks. I have concluded that the Goan affair is nothing more than a loud, vulgar, drunken party. Like so many others we have had to endure out here, under the aegis of “Bolstering Tourism”, it only serves to underscore the gullibility of the local as he succumbs to grasping commercial interests, eager to rake in a few bucks. No matter if such pointless events strip Goa of its dignity and decorum. And brand it with the Sin City sobriquet, internationally and nationally, given its infamous drug, prostitution, casino and rave scenes.

The concept of Carnival appears to encourage sheer debauchery, from women atop moving vehicles clad in scanty voyeuristic clothing, ear-splitting music and heart-stopping drumbeats, dissolute behaviour all round, sanctified and blessed by religion because it has somehow been entwined into the Christian calendar down the track of history. What surprises me is that the Catholic church in this state, which tends to frown and fuss about almost every single aspect of local Christian life, in an effort to ensure that we do not stray from the “straight and narrow path”, quietly accepts this absurd occasion. Not one negative word emanates. Not even an advisory to the flock that “this type of merry-making is simply not a part of the Christian ethic.”

I have questioned many Goans about the Carnival, and no one has been able to give me a plausible explanation for the need for frenetic noise, bluster, bravado and over-indulgence a day before the sacred Lenten season, beginning with Ash Wednesday. And surprisingly, even fewer are aware of the background of the entire ignominy.

According to historians, Carnival appears to have two possible roots. One, it is entrenched in a pagan, primitive rite dating back to Ancient Egypt, honouring the harvest and the rebirth of nature. When our Egyptian forefathers danced and ate and drank to exaggeration as they celebrated the gathering of their crops. Just before they planted seeds for the next season.

And two, it has been linked to the agnostic Saturnalian festival of ancient Rome (pegged to the agricultural god Saturn) which is embedded in antiquity for its wild revelry and carousing, bordering on the orgiastic. Which-soever of the two origins appeals to you, it is essentially a pagan affair seized upon by business groups as a money grabber, thus sculpting it into our calendars as a permanent practice around the world.

The word itself comes from the Latin combination of carne plus vale, where you bid “farewell” (vale) to “meat” (carne) during the upcoming Lenten season. Something which has become more or less ad hoc in this day and age, having been withered down to a few  fasting days (among them, Ash Wednesday and Good Friday) and fish on Fridays. Folks with co-morbidities or other illnesses are exempt even from this diktat. And if perchance you accidentally imbibed meat on a Friday, it is no longer a grave sin which could have you consigned to hell and damnation in the past. It has been downgraded to “a simple human error”!

The festival is commonly accepted as a time of great excess, with boozing, overeating, and concomitant riotous behaviour. In many homes, pancakes, flans, turrons, churros, coconut-filled empanadas and other desserts are prepared and gorged on greedily before the Lenten season begins. (Actually when you think about it calmly, this constitutes a complete and total health hazard, especially in these days of the virus, because such wanton behaviour will dampen your immune system drastically). Individuals are also encouraged to make a Lenten sacrifice, which means forsaking a certain object or activity of desire. I have heard of chocolates, chess and wine sanctimoniously proffered as sacrificial forfeits for the forty-day period. During Lent, no parties or celebrations are held, with Carnival presaging the end of all fun and festivity, as we surrender ourselves to the limited period of atonement. Which is why I must question: do we need a specific period within which to become good Christians? Shouldn’t we follow such rules throughout the year? For our own physical and spiritual good?

Other features of the Carnival which have always puzzled me include mock battles and food fights (when so many experience hunger and deprivation), expressions of social satire and disdain for authority, costumes depicting grotesque body parts: humongous noses, bellies, mouths. Even King Momo is generally an overweight cartoonish character, almost buffoon-like, hardly someone we would like our grandchildren to emulate. The celebration symbolises a general reversal of everyday norms of common decency and propriety. Traditionally, it was also a time to pander to sexual desires (something the scores of “single” male visitors from across our borders will surely applaud!), that were supposed to be suppressed during the following period of penitence! Is that why the women wiggle about in skimpy clothes made of feathers and boas and bling, barely covering their bodies, in an attempt to taunt and arouse the male libido? Furthermore, earning all Goan women the moniker “loose and easy”.

Frankly, I could well do without this entire episode. Give me a warm and welcoming Sunday lunch instead, with my friends and their families! That to me reflects true Goan identity. We should promote this, Amen.