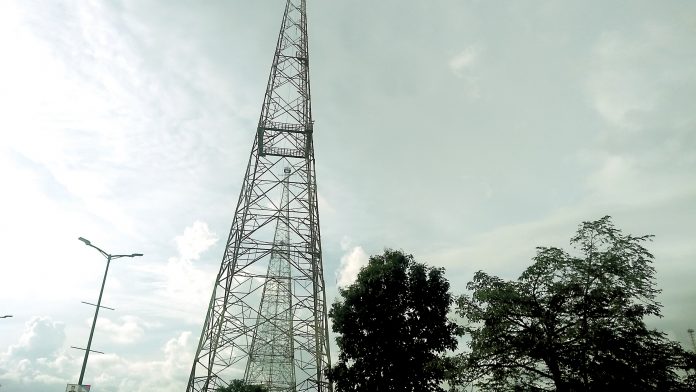 Are you one of the few oldtimers who misses the radio waves when your favourite programmes are not available? Do you have the habit of tuning to radio stations, from far and near, since your younger days? The recent FM boom has built a new set of fans for radio; but for others like myself, it is a habit going down decades.

February 13 was World Radio Day. Two friends reminded me about this, perhaps knowing that there is a shrinking number of people who still take radio seriously.

The year 2020 has been a roller-coaster ride for radio in India. Mostly going downhill. At the start of the pandemic, in March 2020, when we were all cooped up at home (and still not used to it), the radio came in as a useful distraction. More than that, it actually kept us company.

One fine morning, I found myself listening to long hours of an Indian women’s cricket test match! Strange are the things that boredom can do to one. But radio does offer some way out.

Early in the pandemic, on March 23, 2020, Prasar Bharati, mandated “broadcast guidelines” for the “lockdown period”. This centralised much of the radio programme production, and made it essential to focus on “good news”.

This sudden shift made one realised how much we appreciate local programming, whether it is Western music, English broadcasts, or Konkani (occasionally Marathi or Hindi too). It’s a chance to soak in some entertainment or learn more of a language. Even Portuguese has made a bit of a comeback on the airwaves in the past year. That is welcome even for one who understands only a tiny fraction of the language.

But the problem of radio not being kept vibrant and relevant is not just a
recent one.

Regardless of which party is in power, sometimes more, sometimes a bit less, the focus of radio in India has continued to be the politician in power at the moment. Every second headline was about the Prime Minister or the government. Other parts of the globe show what is possible even when government-funded broadcasters are given the leeway to operate.

Bureaucracy and politicisation seem to have affected radio severely in our part of the globe. Over two decades ago, radio was granted autonomy. Much was expected. Very little got delivered.

Radio continues to get step-motherly treatment in other ways.

Suddenly, a few days back, the usually-enjoyable FM music got replaced by cricket commentary. A WhatsApp message dashed off to some radio personnel at the AIR brought in a quick response. One said: “While we have to relay the commentary to earn revenue, our normal programmes are available through the NewsOnAir (smartphone) app. Please try it out.”

But that’s not what radio is meant to be. Besides, if I have to use a smartphone app to listen to the radio, I’d rather tune in to the BBC, or some other channel which is worth all that trouble. The Beeb is almost always informative, stimulating and insightful; and incidentally, while many stations spoke of the pandemic with total panic, their approach was balanced and mature.

A retired AIR official put it more bluntly, commenting: “They get money [via sponsorships]. Prasar Bharati is selling everything. Do not be sad. Tune [in to] some other station.”

In the news too, there were hints of unhelpful developments relating to the radio. In July 2020, it was reported that the AIR Urdu service was being truncated from 18 hours to just three. Plans to decommission a transmitter of AIR Alappuzha (formerly Allepy) in Kerala were kept aside, after protests and fears that this would disrupt local broadcasting in that part of Kerala.

Other media reports speculated that the Kozhikode (Calicut) and Thrissur (Trichur) AM or amplitude-modulated stations could “fall silent soon” in central and northern Kerala. The stations were connected with promoting arts and literature in the past. Faced with such issues, denials are often prompt.

Radio announcers and RJs (radio jockeys), during the pandemic, also contested the official Prasar Bharati claim that no station had been closed anywhere in any state.

India has been long announcing plans to introduce DRM (Digital Radio Mondiale) technology for radio broadcasting. But, till date, few outside a small circle seem to know what is happening with this digital radio technology. Nor is there clarity over the costs of receiver sets using this technology. Only the positive side of the story is officially focussed on.

Officially, the story is that India is set to expand it network with “100+ new FM transmitters”. Short-wave transmitters that broadcast globally are being shut-down to “rationalise” All India Radio’s plans. These short-wave transmitters are seen as both “expensive” and have not “much of an audience”. The type and quality of boring broadcast put out is however not seen as part of
the problem.

Cut-backs over India’s radio traditional plans could mean reduced facilities in Goa too.

Incidentally, Goa’s local radio station, known as Emissora de Goa in the pre-1961 era, was popular across large areas, including countries well beyond India. One would have expected it to grow further and faster in recent decades, in both popularity and reach. But the opposite seems to have happened.

This story is not often told, but a look at sites such as asiawaves.net gives a hint of the plight of radio in Goa too today. The Voice of Xavier’s has “not [been] recently confirmed and possibly not yet on-air” (the community radio station could not be sustained). AIR-Panaji shows five mediumwave frequencies, including one in DRM. BJP MP Rajeev Chandrasekhar-owned Radio Indigo and Reliance’s Big 92.7 operate out of the state capital, but Radio Mirchi and Gyan Vani are “inactive”.

Make of it what you can. Meanwhile, happy World Radio Day!