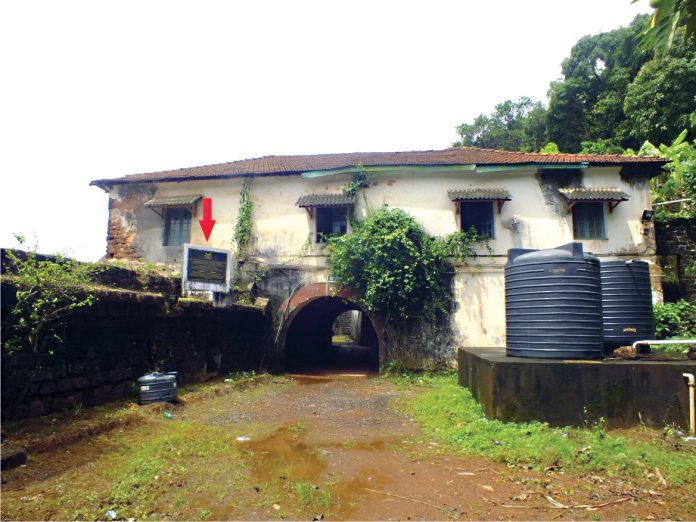 For many centuries, the people of Goa were ruled, suppressed and bossed over by various chieftains, dynasties, rulers and colonisers. However, the Indian joint armed action, under the code name ‘Operation Vijay’ entered Goa and freed the people on December 19, 1961.

However, the people of these lands, though benefiting and enjoying the new-found freedom, have forgotten to empathise with the sacrifices made by a few, and many non-Goan Indian citizens.

In this 60th Anniversary year of Goa’s liberation, an attempt is being made to highlight a few of these acts by local men and women, and some historic events that happened during Operation Vijay 1961. The reason the year 1961 is mentioned after ‘Operations Vijay – Goa’ is because a similar code name was given to the Army operation during Kargil War (May 1999 to July 26, 1999).

On December 17, 1961, the Indian Navy deputed their ships to patrol the high seas all along the Western coast of Goa. The fleet even included the now scrapped aircraft carrier INS Vikrant. The Indian Air Force was readied at Pune and Sambra airbase at Belgaum. The Indian Army stepped into the Goan borders, from Maulingem and Dodamarg on December 17, 1961 around morning hours. The assault under Operation Vijay was on! As compared to the consolidated Portuguese ground forces in Goa with limited arsenal, the Indian Armed Forces had an over-powering number of personnel and arsenal.

Though the retreating Portuguese forces demolished all major bridges and culverts on the way to Panaji, Margao and Vasco to slow down, if not stop, the incoming Indian Forces, the Indian Army engineers repaired and even laid pontoon bridges to assist the personnel, the tanks and other vehicles to cross over. On December 18, 1961, by around 11 a.m., the Indian Army started to amass at Betim side, in plain view from Panaji across River Mandovi. The sight of the heavy artillery and the huge number of personnel sent a shiver of fear down the spine of the Portuguese Commandant in Panaji.

Realising the outcome of any confrontation with the Indian forces, on the afternoon of December 18, 1961 at around 3 p.m., he sent a handwritten note across to the Indian Army in-charge, in the hands of a priest, who crossed over in a canoe, expressing their intent to surrender and not to commence firing, in the interest of the innocent local people. The facsimile of this note is displayed at 2STC HQ in Panaji.

That same evening, a dastardly act was to unfold at Fort Aguada, Sinquerim, a high security prison, where political prisoners and freedom fighters, were incarcerated and tortured – some even to death!

Indian soldiers based at Betim, saw a man walking barefeet towards them from Verem side, wearing a dishevelled uniform of a Portuguese soldier. He was detained and interrogated. He informed that he was a guard at the Fort Aguada jail and that after he came to know of the arrival of the Indian Army, he deserted his post and left, as he was frustrated with the treatment given by the Portuguese officers to him, as well as to his fellow Goan freedom fighters. He also informed them that if they did not release the political prisoners at Fort Aguada, then there was every possibility that they may come to harm.

Armed with this information, and also having received the note of ‘intent of surrender’ from the Portuguese Commandant at Panaji (Cidade de Goa), a small group of Indian soldiers, accompanied by two officers Major Shivdev Singh Sidhu and Captain Vijay Kumar Sehgal, carrying small range weapons, left immediately in a jeep for Aguada.

They reached the gate of Fort Aguada jail, late that night. On seeing an Indian Army vehicle, the jail staff was on alert. The Indian Army officers conveyed that the Portuguese Army had already expressed their intent to surrender and to release the prisoners to them. The gate guards conveyed this to the jail superintendent, whose office is located about 75-100 metres away from the gate. A white flag was flown from this office, and the Indian officers started to walk in that direction, led by an Indian Army havaldar. As they approached the superintendent’s office, a hand grenade was lobbed from the window above, fatally injuring the havaldar. As these two officers tried to take him away to safety, a burst of gun fire killed them both.

One of the officers, Major Sidhu hailed from the Punjab village of Sidhwan Khurd. His father wanted him to pursue a career in medicine. However, a motivational speech by a British Army officer convinced him to join the army. He convinced his father and later joined the 7th Cavalry and rose to be a Tank Commander. In 1948, an almost unimaginable feat of taking his Stuart MK-VIT Tank platoon, to impossible heights of 11,580 feet, during a fight on the steep, icy, slopes of Zojila Pass gained him fame as the ‘Hero of Zojila’. Tragically, he was to be martyred in Goa at Fort Aguada. He left behind his 30-year-old wife Shivinder Sidhu and three daughters, all of whom married men in uniform.

The martyred officers belonged to the 7th Light Cavalry Regiment of the Indian Army. On the 225th Raising Day of the 7th Light Cavalry, in January 2009, the regiment erected a memorial plaque, at the hands of Col Vikrant Nayar at the location where these two gallant officers laid down their lives.