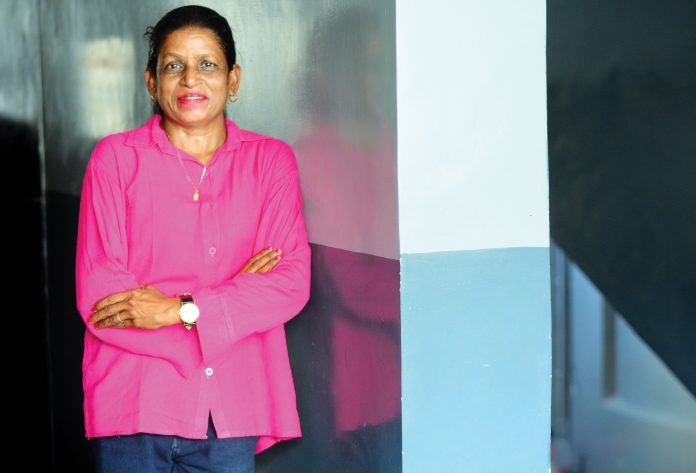 Rena D’Souza, a teacher by profession, recently released her book ‘100+ Recipes from Goa and beyond…for various celebrations’. She shares more with
NT BUZZ

As kids, many of us fondly remember the delicious dishes doled out at our grandparent’s place. Such were the taste of those dishes, flavoured with oodles of love that even today, no dish has ever been able to match up to those. But at times the secrets behind these preparations remain just that, secrets, and due to some reason or the other, are not passed on to the next generation, thus getting lost in time.

And to ensure that her grandmother’s legacy lives on, Rena D’Souza decided to dig in through the former’s old recipe book and share the secrets behind her grandmother’s cooking with everyone through her recent book ‘100+ Recipes from Goa and beyond…for various celebrations’. The book is dedicated to her grandmother Cristalina Desa e Pereira.

“I wanted to share all that I had learned from my grandmother’s cooking in clay utensils, and cooked on wooden fire,” says D’Souza, who began working on the book in 2019. A Konkani teacher by profession, D’Souza who lives in Nagoa, spent hours translating the recipes which were handwritten in Konkani. The book includes Goan recipes like pork vindalho, calamari surprise, bebinca as well as popular vegetarian recipes from the rest of India.

“I was trying to put together a comprehensive, simple, easy yet tasty set of recipes that are popular with the Goan household. To be honest, I am not worried about the overlap with existing books. I’m sure each book has its own advantages, and I hope readers find some in mine too,” she says.

And while people today often tend to look up the internet for cooking inspiration, rather than consult books, D’Souza believes that there is still a market for cookbooks. “People find it convenient to find the recipes in one place, and easily packaged. Plus the price of the book is reasonable at `99. The response has been good so far,” she says.