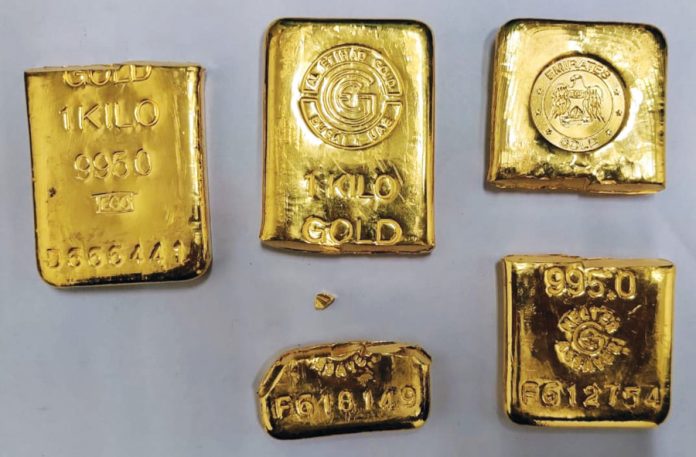 Vasco : Air customs officers have apprehended a domestic passenger at the Dabolim airport with foreign gold bars weighing 2170 grams, which are worth approximately Rs 95.03 lakh.

The passenger, who arrived on Saturday from New Delhi by a Vistara Flight, hails from West Bengal.

The Goa customs officers headed by assistant commissioner of customs Y B Sahare  successfully unraveled the modus operandi: an international air passenger first brought the gold bars from Dubai to Delhi and purposely left them under his seat with the knowledge that the same flight would  be on domestic run from New Delhi to Goa.

At a Delhi airport, the man from West Bengal, who  is a member of the gang, occupied the same seat picking up the stashed gold. He, however, was apprehended and the smuggled gold was seized by the Goa customs officers on his arrival at the Dabolim airport.

Since April, 2020, the air customs officers of the Goa commissionerate have seized 2515 grams of gold worth Rs 1.11 crore at the airport.