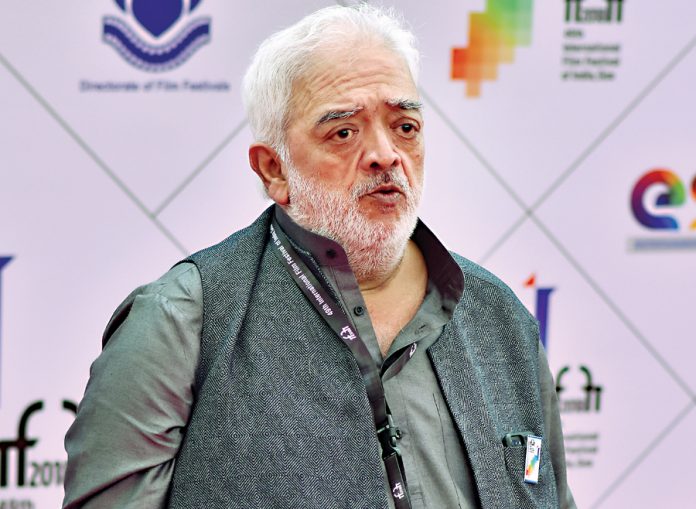 The maker of films like ‘Betaab’ (1983) and ‘Arjun’ (1985), speaking at the In-Conversation Session at the ongoing 51st International Film Festival of India, on the topic ‘Filmmaking in 50s, 60s and 70s’, said: “In those days there existed a healthy competition among the film stars. Every actor was rising above each other, but there was no rivalry.”

Recalling his cinematic journey, Rawail said: “I started working in this industry since the late 1960s and began my career as an assistant to the legendary Raj Kapoor; stalwarts like K Asif and Mehboob Khan made films with magnificent sets in the 1960s, after which B R Ishara’s ‘Chetna’ in the 1970s brought about a revolution with on-location shooting of his film being completed in just 25 to 30 days, something which was unusual in those times.”.

Rawail said that Vijay Anand’s film, the Dev Anand starrer, ‘Johnny Mera Naam’ gave rise to a new form of action-oriented, big plot films in the 1970s, while Nasir Hussain’s ‘Yaadon ki Baaraat’ (1973) saw the coming of Salim-Javed with a great script, just as Raj Kapoor’s ‘Bobby’ with Rishi Kapoor and Dimple Kapadia started a new trend. He further remembered ‘Deewar’ as a brilliantly-toned film in the 1970s that took Yash Chopra to great heights.

The filmmaker also recalled how the three stalwarts – Raj Kapoor, Dev Anand and Dilip Kumar – came across each other in a restaurant and started talking like intimate friends about the old days and each other’s films.

“Another great film was L V Prasad’s ‘Ek Duje ke Liye’ where the hero did not know Hindi and spoke only Tamil and the heroine spoke only Hindi and did not know Tamil. It was a great a love story,” Rawail said, observing that people were inventing and doing different kinds of works, and the audience was experiencing new kinds of movies. “It carried on into the 1980s when more new people came in, although the old-guards were still there,” he maintained.

The filmmaker narrated another interesting story of how the iconic music director, Sachin Dev Burman politely said that composing music for the film, ‘Laila Majnu’ is not his cup of tea, and recommended music director, Madan Mohan for the film. “The music directors, great singers and lyricists would all sit together with film directors to get to know the story as also the actor, who would lip-sync the particular song, all for adding perfection to the film,” the filmmaker noted.

When Rawail made ‘Arjun’ in 1980s, it started yet another trend of having no story, but only a character. He recalled Javed Akhtar writing its script at a stretch in just eight hours. He said that he remembered Raj Kapoor’s advice that “a great script would always work’ and went on with it.